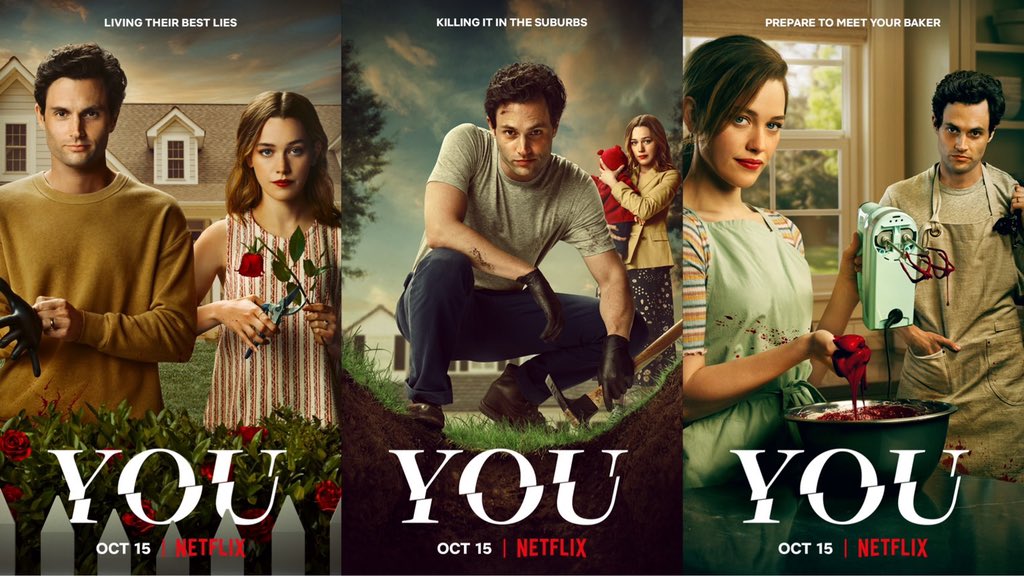 Love Quinn and Joe Goldberg have decided to relocate to the suburbs. Which personalities may return to haunt them, and most importantly, who is hiding behind that fence? Finally, we have the answer.

Joe (Penn Badgley) perceives his new surroundings as a threat when Season 3 opens on the young family, transferred from LA to the fictional Bay Area neighborhood of Madre Linda. He feels unprepared for his new parental obligations, and he can’t get over the fact that Love wasn’t the romantic panacea he had imagined. Love (Victoria Pedretti) soon joins in the pain of life’s instability. They’ve both been seeking a distorted, unrealistic vision of partnership. And now that they’ve each gotten as close as they can, they loathe how it hasn’t lived up to their expectations.

The third season maintains the Couple’s troublesome style of dealing with others while also providing a breath of fresh air to the series. Because of the circumstances in which Joe now finds himself, the third season stands out from the others. He tries to adjust to life as a new husband and parent in the Madre Linda suburbs after just having to think about his own desires. Joe is plainly unable to break free from previous habits by the end of season two, as he has already formed a strange fancy to his new neighbor. The third season begins here with Joe’s principal obsession being set up for the next part. Given that Love shares his violent tendencies, Jo feels compelled to change his ways and still pursue his desires.

Shared Psychology And Nature Of The Couple

Clearly, troubles are destined to arise between Love and Joe as a result of their shared obsessive and possessive natures. Still, their suburban community and marriage are being strained. Joe and Love understand each other in ways that no one else can. thus their dissatisfaction may come as a shock. Joe’s abandonment of Love after learning that she is capable of the same amount of violence he is. This indicates that he is unsatisfied. The difference between them is that Joe tries to do decent. Whereas Love appears to be unaware of her acts. Until she is compelled to confront individuals related to the potential victim.

Joe Goldberg : Not Your Regular Man Living Next Door

Joe Goldberg, played by Penn Badgley is a lot of things, but one of them is rarely surprising. Sure, his acts in the first season of “You” were surprising as he progressed from bookish stalker to full-fledged murderer. But it was a past thing. Viewers have grown accustomed to his tumultuous spirals after three seasons. It includes his mommy issues and violent urges are always on full show.

Joe is a serial killer who is eager for love, afraid of desertion, and willing to do everything in the name of love. His life follows a twisted cycle. It starts when the boy meets the girl, the boy hunts the girl. Then the boy engages in rash, irrational behavior, and everything eventually comes apart. The boy then advances to the next girl. Unfortunately for Joe, the season 2 finale threw a wrench in his carefully laid plans. As when his latest obsession not only stayed but also proved to be his perfect match as another passionate murderer.

Love Quinn played by Victoria Pedretti is the season’s MVP. She is the series’ true wild card. Joe is steady and calculated, whereas she is passionate on the spur of the moment. Joe’s old tricks are rendered useless with her by his side, forcing him to get creative. Joe’s days of hiding in a crowd and following a woman through the bustling streets of New York or even Los Angeles are over. Bookstore basements and creepy storage units are no longer an option, now that he’s sharing a roof with Love’s watchful eye.

In the end, You Season 3 remains one of the most binge-watched shows on Netflix. The season has got more daring and exploring. Though Joe keeps stumbling on new blood pools, it feels fun to watch him. However, Love steals the show this time. The show dives deeper into her psyche with each episode. From when she murdered Natalie in the first episode to sleeping with Theo in heat of the moment, disclosing her vulnerability with Joe to poisoning him with roast chicken, Love could have a clear win. Though it was not meant to be.