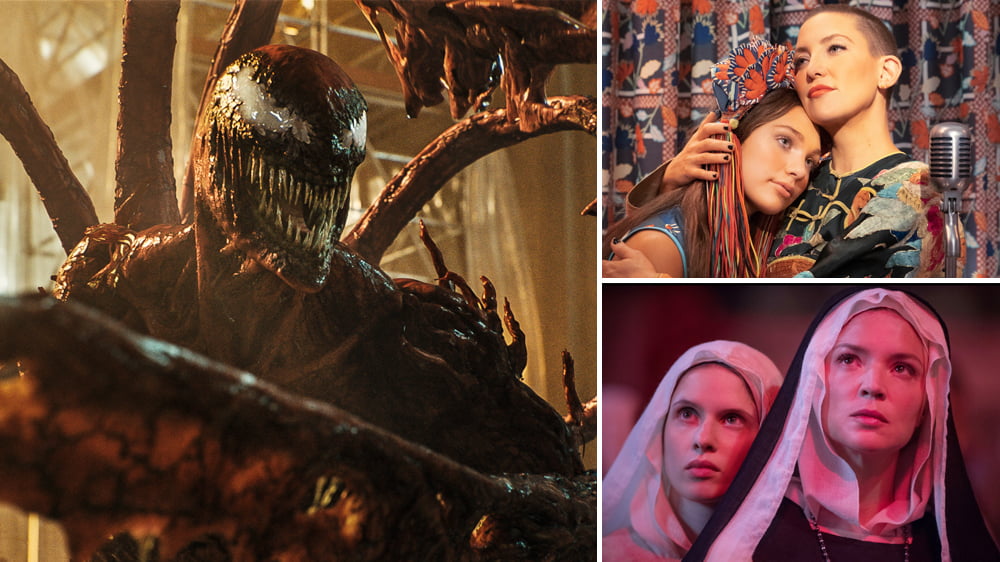 2021 was the year of the most cinematically amazing films with great stories, visuals, screenplays, and music. However, there were plenty of films that did not do well either on large screens or digital platforms. They were not able to stand on the requirement list of the audience in any sense.

Big sister Zu, who is still recovering from alcohol and substance abuse. She reunites with her non-verbal autistic half-sister, Music, after the unexpected death of a loved one. As Music’s sole guardian, newly sober Zu realizes that her entire life is a schedule. Also, despite the support of her kind next-door neighbor, Ebo, and George, the empathetic superintendent, Zu is surprised to learn that she still has a lot to learn. Family, on the other hand, is the glue that holds everything together.

2. The Woman In The Window

Anna Fox, a miserable, pill-popping child psychologist who has been separated from her husband and their eight-year-old daughter for the previous ten months, has shut herself up in her hauntingly vacant, ill-lit Manhattan brownstone apartment. While Anna is struggling with agoraphobia and severe panic episodes, the Russells move in across the street, and Anna, filled with curiosity, decides to peep into the life of the unsuspecting new tenants to divert attention away from her troubles. Then, late one night, tensions rise, a lethal kitchen knife gleams in the low light, and someone dies.

Paxton and Linda are a couple who are nearing the end of their relationship and are only staying together due to lock-down orders in the United Kingdom. As COVID-19 spreads over the world, the two seek to navigate their new positions; Paxton is furloughed from his job, and Linda is compelled to terminate people as a cost-cutting measure. Paxton accepts work “under a phony name” moving commodities and materials from places that are closing during the lock-down through his boss Malcolm. One of his trips is at a department shop owned by Linda’s company. Paxton and Linda, dissatisfied with their existing situation, devise a scheme to steal an expensive diamond from a department shop in order to become wealthy.

4. The Man Who Sold His Skin

Sam Ali, a sensitive and spontaneous young Syrian, is willing to sacrifice his life to travel to Brussels. As in order to reconcile with sad-eyed Abeer, the love of his life. As a result of his inability to obtain a visa, Sam Ali accepts on the spur of the moment the once-in-a-lifetime offer. Which is of internationally renowned Belgian-American artist Jeffrey Godefroi to transform his back into a human canvas. Exiled Ali has joyfully become a living, breathing work of art worth millions and a source of controversy. Now thanks to an elaborate and equally exquisite tattoo etched on his back. Freedom, on the other hand, always comes at a cost, and Faustian deals never end well.

Also Read :  Films To Give You Warm Fuzzy Feeling In This Chilling Cold

Sue Buttons (Allison Janney), an unloved suburban homemaker, gets a taste of being a local celebrity when her husband goes missing. She embarks on a city-wide search of Yuba County to find him. In an attempt to maintain her newfound celebrity, she engages in hilarious antics as her world is turned upside down. As dodging a want tobe mobster, a tenacious local cop. Along with her half-sister, a local news reporter desperate for a story, and her husband’s deadbeat brother, who are all out to uncover the truth behind her husband’s disappearance.

In a society ruled by super-villains, one lady has devised a method for bestowing abilities on ordinary people. However, when scientist Emily Stanton inadvertently imbues her estranged best friend with astounding talents, the two women are forced to become the world’s first superhero team. Thunder Force must now face the super-powered Miscreants and save Chicago from The King’s grasp.