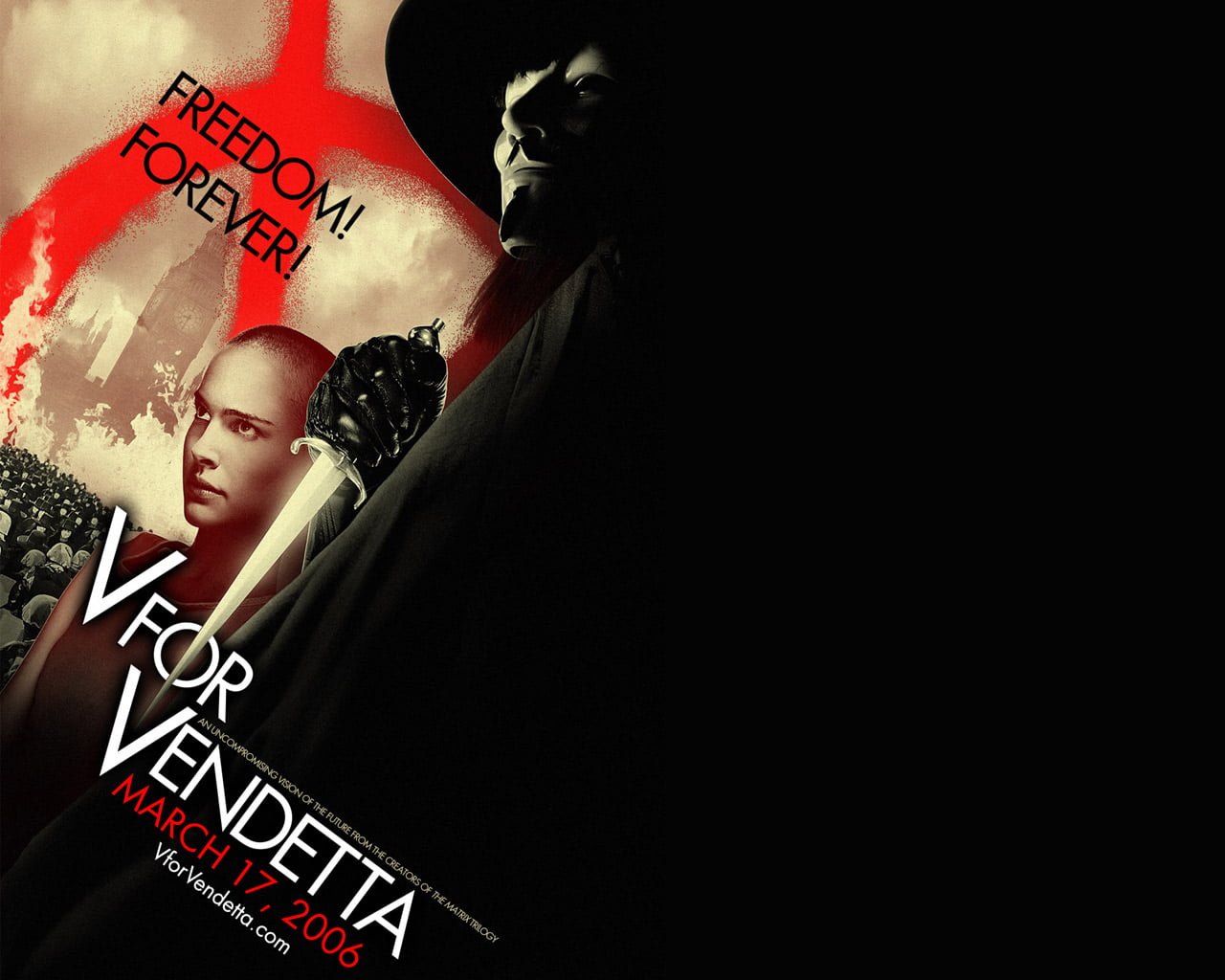 In the dystopic United Kingdom on the 5th of November, ruled as a fascist police state by the Norsefire Party. The government has issued curfews, mass surveillance of the population. All the speeches are censored and news is specifically altered to portray the government in a positive light.

In the middle of this chaos, a vigilante in a Guy Fawkes face mask identifies himself as “V” who does not agree with this status quo rescues Evey Hammond from the secret police in the night after the curfew. This sets Evey on a course to become a freedom fighter for rights. Evey forms an ally with V in his fight against England’s oppressors.

Directed by James McTeigue, V For Vendetta displays the rebellion against injustice on people of England by an oppressive government in the late 2020s. McTeigue has used symbolism in the film to juxtapose the idea of individuality and the rebellion against forced conformity. The film demonstrates the rebellion of injustice through the main character along with the use of power and authority, unfair judgments, and discriminatory stereotypes. The mask and V denote the symbolism. The purpose of V is not the identity. It is about everybody in the society, all the people that the government did wrong to.

Firstly, V is an intentionally puzzling character as nothing is known about him apart from he was interned at the Larkhill Resettlement Camp and he was forced to take experimental hormone therapy. Secondly, his face is never revealed, and there is no information about it, everything related to him is unknown. Thirdly, V is not a person to be driven by emotions, he is a calculated person and takes every step after proper planning and plotting. V possesses intelligence by quoting large passages of literature and understanding the connectivity between people and their emotions. To conclude, he is at times merciful and understanding but at other times he is merciless and vengeful.

Evey starts her journey by trying for prostitution at the age of 16 in order to make extra money. When Evey meets V, he seems to be guiding her at every step, taking her from the shadows and helping her grow up. She is a passionate woman with a good heart who does not believe in killing. Eve loses her naivete throughout the film but grows into herself. Hammond represents hope and re-building the broken society.

The film successfully portrays a totalitarian regime in a western country. It makes the viewer question their own ideals of freedom and analyze them. Above all, both societies have the theme of physical control and control of information. To conclude, the film is a good adaptation of the 1984 version in terms of similarities in themes, storyline, and the use of technique and imagery.