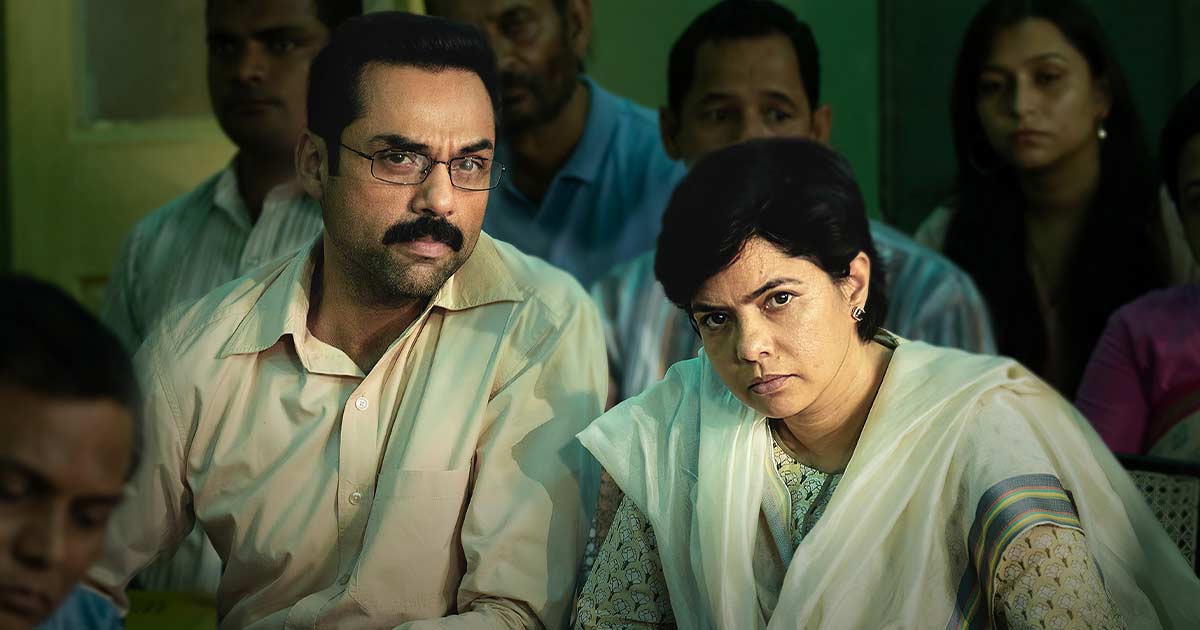 Trial By Fire Review: A blazing journey towards truth, on June 13th, 1997, a fire in one of Delhi’s biggest cineplex, Uphaar Cinema, took 59 lives. Destroying so many families with it. The fire burnt the people inside the cinema hall and the truth behind the tragedy.

But the families that lost everything were not going to sit idle. They picked up those ashes of truth and started looking for justice. After 26 years, the truth is still in question, but those families have created a somewhat better world from those ashes.

Trial By Fire is a complicated watch in every sense. It is a sensitive issue that the creators showcased. Based on the real-life tragedy of Uphaar cinema in 1997, the show is an emotional rollercoaster.

The show is based on the tragedy of Uphaar cinema that took place in 1997 in Delhi. A fire broke out in the cinema hall and burnt all 59 people inside it. Not a single person inside the hall survived.

The show’s story is the battle of Neelam and Shekhar, making sense of why the doors of the halls were closed from outside. And why not a single technician come forward to help the audience stuck inside?

After embarking on this tiresome journey, they meet all the people that were affected by the tragedy. And all of them came forward and demanded justice for their loved ones.

The story was there with the creators. The only issue was whether the screenplay would be compelling and account for a good watch. Let me tell you, Trial By Fire is emotional and compelling storytelling at its absolute finest.

Every scene after the tragedy accounts for something. There are so many things that will make you shed tears and will fill your throat. Prashant Nair has created a show that will stay with you for a long time.

Rajshree Deshpande, as the resilient Neelam with the dependable Abhay Deol at her side, shines here. Both of them gave great performances. We know how good Abhay Deol is, and we don’t need to say anything else about him.

Rajshree Deshpande, however, stole the show entirely. The pain in her eyes was visible all the time. Both artists will make you empathize, root for their cause, and feel like it was a loss that meant something because it did.

This show somehow makes you swallow a pill you deny because you know how bitter it really is. After 25 years, the owners of Uphaar cinema, the Ansal brothers, were imprisoned for seven years in 2021, and the sentence was reduced mere six months.

All the dirty politics and heinous crimes that have been done to bury this tragedy are shown so brutally in the show. It is haunting and heart-shattering how crooked our entire country really is.

Trial By Fire shows that in full force and does not shy away from anything. After all, the show is based on the book of the same name written by Neelam and Shekhar themselves.

The only thing that was disappointing in the show were specific side stories. It feels like the plot of Ratna Pathak Shah and Anupam Kher was inorganic and did not connect. The same goes for another storyline that we won’t reveal, as it might be a spoiler.

Trial By Fire Review: Is It Worth It?

Indeed, a show that deserves all your attention. I am shocked that there is so little hype around the show. This show deserves every praise that you can give. It is an immersive watch that will take you by storm.

One of the best Indian web series that I have watched in many months. Give it a watch; that may become a beacon of change. Because we don’t know what can trigger a revolution now, do we?