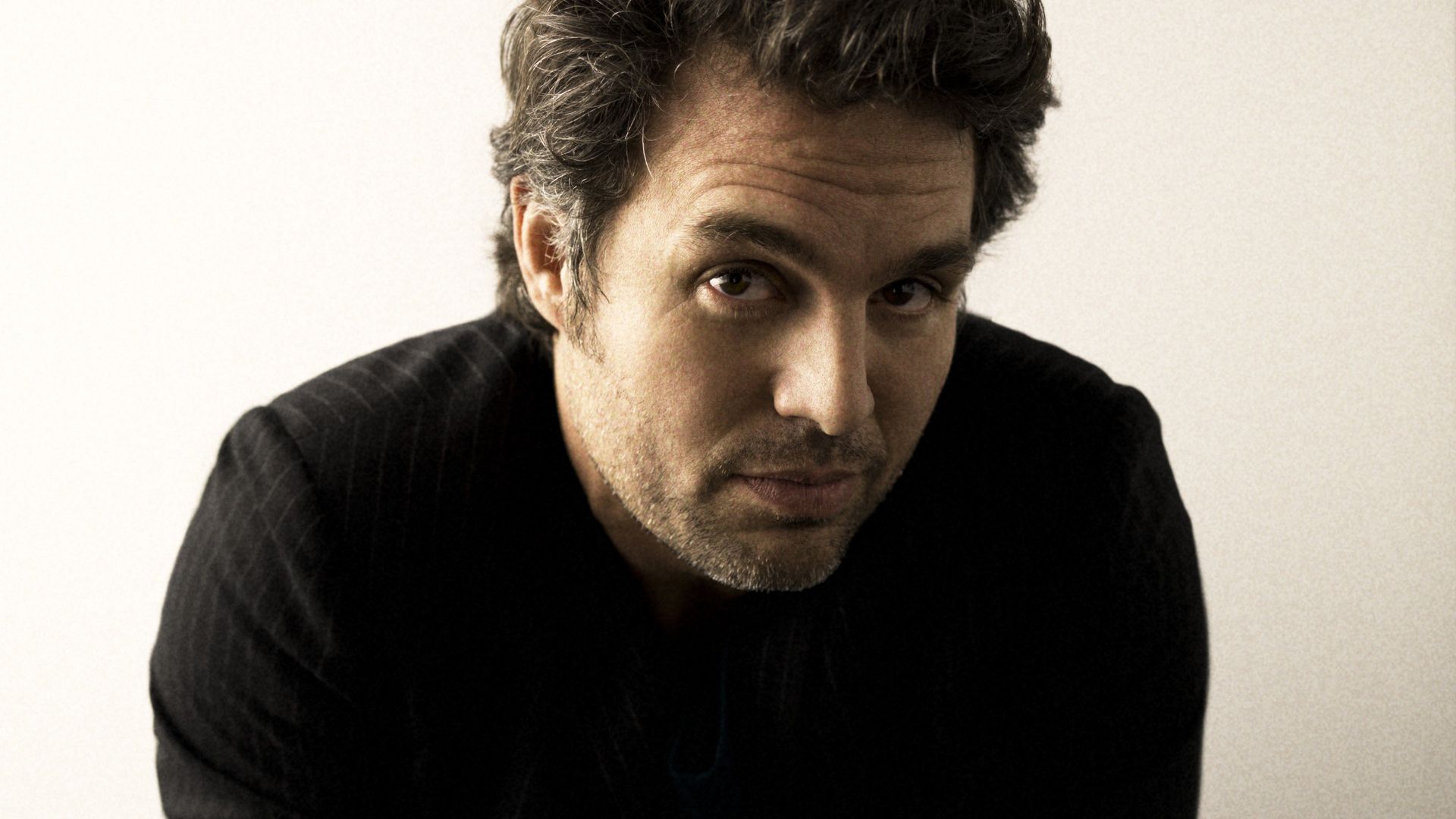 There aren’t many actors in the industry right now that are more visible than Mark Ruffalo. Ruffalo is a stage and screen veteran who is active on social media and has always had a nice sense of humour about himself. For over two decades, he’s consistently delivere superb and versatile performances. Appearing in a wide range of dramas, comedies, indies, and large franchises. He’s also been on a number of HBO shows, including The Normal Heart and I Know This Much Is True, for which he received critical acclaim. With that in mind, here are the top ten Mark Ruffalo films of all time.

Sammy is a single mother living in her hometown of Catskill. There her parents perished in a car accident when she was a child, has a lot going on at once. Her 8-year-old son Rudy begins to imagine his unseen father as a hero; she rekindles her relationship with last year’s lover. she hires a new boss who imposes ridiculous regulations; and her wayward brother Terry pays her a visit after months of silence. Her boyfriend proposes, her boss’s relationship takes an unexpected turn. When Terry asks Rudy whether he wants to see his father, it triggers a crisis. Also, forcing brother and sister to rethink their relationship.

Dave and Mark Schultz are brothers, Olympic gold medalist wrestlers (both from the 1984 Olympics, which were boycotted by the Soviet bloc), and training partners. Dave has always been the more experienced and successful of the two, with Mark largely following in his footsteps. Even in his own triumphs, which are largely credit to Dave. In 1987, fifty-year-old John du Pont – of the chemical business du Ponts – recruits Mark to train under his guidance at his family’s home. Foxcatcher, which du Pont would later adopt as the name for his athlete camp. Despite knowing nothing about du Pont, Mark is persuaded, thanks to John’s patriotism and apparent pride in the sport.

Also Read :  THE TRAGEDY OF MACBETH - A Story That Hits All Your Points of Nostalgia

Du Pont would also offer Mark a lot of leeway in selecting his training companions. The identical proposal is offered to Dave through Mark. But he declines since he does not want to uproot his family and relocate to the Foxcatcher estate in Pennsylvania. Du Pont considers himself a Renaissance man and philanthropist, with other interests include ornithology. That he has written about, philately, and being a freestyle wrestler. Mark, Dave, and John all have the same short-term goal: for Mark to win the 1987 World Championship and the gold medal in the 1988 Summer Olympics in Seoul.

The Boston Globe hires Jewish editor Marty Baron in 2001. He orders the Spotlight team to look into the priest John Geoghan, who is suspected of child abuse. The lawyer Mitchell Garabedian, who claims that Cardinal Law knew what his priest did. Baron and their leader Ben Bradlee, Jr. fully support Walter ‘Robby’ Robinson, Mike Rezendes, Sacha Pfeiffer, and Matt Carroll in launching an investigation into the priest. They contact the initially reluctant Garabedian; the lawyer Eric Macleish, who has defended many victims; the leader of the victims’ rights organisation Phil Saviano; and several victims who agree to meet them. They confirm the names of twenty paedophile priests in Boston after a year of inquiry and publish the storey revealing Cardinal Law’s prior knowledge of the priests’ child abuse.

Bothersome Lisa Cohen (17), a New York City high school girl who continuously messes up her life and the lives of her boy classmates, searches the city in vain for a suitable cowboy hat to wear on an outing with her estranged father and stepmother. When she sees one on bus driver Maretti’s head but fails to board, she persistently runs along, claiming his bewildered attention until the bus collides with a blind senior, who is gravely injured. The NYPD swiftly dismisses the incident as an accident, but Lisa, obsessed by guilt and exempt from prosecution, begins disturbing everyone and behaving badly, not only at home, as a self-absorbed actress mother might expect.

Not only at the precinct, but also out of town, chasing down the victim’s indifferent relatives and even Maretti at home. A family friend’s lawyer becomes engaged in the case, digging into compromising circumstances and generating significant difficulties for those who were already in trouble.

Also Read :  History of New Queer Cinema Films that Are Ahead of its Time

Robert Graysmith works for the San Francisco Chronicle as a cartoonist. Paul Avery, a reporter whose drinking interferes with his profession, is irritated by his eccentricities. Because of their shared fascination in the Zodiac killer, the two become friends. As Avery’s life slides into drunken oblivion, Graysmith gets increasingly consumed with the case. Graysmith’s amateur detective work leads him to David Toschi, a police inspector who has yet to apprehend the Zodiac, Sherwood Morrill, a handwriting expert, Linda del Buono, a felon who knew one of the Zodiac’s victims, and others. Graysmith’s career, his wife, and his children all fade into the background when compared to catching the Zodiac.

Troubled US Marshal Teddy Daniels and his new partner, Chuck Aule, head to Ashecliffe Hospital, Shutter Island’s fortress asylum for the criminally ill. In order to investigate the inexplicable disappearance of a demented child-murderer. Soon, inexplicable nuances of medical negligence appear behind the gloomy purgatory’s thick stone walls. That are implying that the institution’s cryptic top psychiatrists must be concealing something. Then, in the dark off-shore prison, a violent storm trapped patients and investigators alike. They are triggering Teddy’s severe headaches and grisly recollections from the past.

Because of his work defending Big Chem firms, corporate environmental defence attorney Rob Bilott was recently promoted to partner at his famous Cincinnati law firm. After being visited by two West Virginia farmers who claim the local DuPont facility is dumping toxic waste in the area landfill, damaging their farms and killing their livestock, he becomes conflicted. Bilott files a complaint with the help of his supervising partner in the firm, Tom Terp, in the hopes of learning the truth about what is going on. This marks the start of a 15-year battle that would test not only his relationship with his wife, Sarah, but also his reputation, health, and livelihood.

The Bloom Brothers are the top con artists in the world, swindling billionaires with elaborate lust and intrigue schemes. Now they’ve decided to embark on one final job: giving a beautiful and quirky heiress a love trip that will take them around the world.

Nic and Jules are a couple in Los Angeles with a daughter, Joni, who is about to start college, and a son, Laser, who is 15 and a good athlete, but may be hanging out with the wrong crowd. Laser wants Joni, who is now 18 years old, to discover who their biological father is: a sperm donor. They meet him without first informing their mothers. Paul is a cool guy who owns a motorcycle, runs a restaurant, and maintains an organic garden. Despite Nic’s opposition, the five of them get together a few times a year, and the kids spend time with Paul. Nic, an OB/GYN, decides to be a good sport and get to know Paul better after he hires Jules, who has had numerous brief careers, to landscape his back yard.

Gretta and Dave, her long-time musician boyfriend, had been together since college when they decided to try their luck in New York City. When Dave is signed to a major record company, however, the temptation is too strong for him to resist, and the couple divorces. Gretta is depressed and tries to get back on her feet until one night, while singing in the East Village. She captures the attention of Dan, a well-known and once-respected music entrepreneur who has since fallen on bad times. Dan persuades Gretta to join him in a cooperation that would transform them both, despite the fact that he hasn’t produced anything in the last seven years and has lost everything.

If you want to know the best films with Mark Ruffalo in them, look no further than these three recommendations. They are some of the most popular films in this actor’s career, they showcase great acting, and plenty of creativity. Whether you’re a fan of this actor or not, you’re likely to enjoy any one of these films. So put them on your watch list and add these films to your personal collection today!