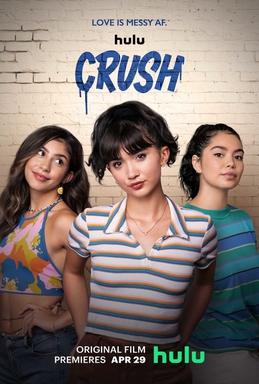 There has been plenty of love in the air in the summers with romantic comedies debuting left and right, including Love & Gelato on Netflix, Cha Cha Real Smooth on Apple TV, and Fire Island on Hulu. With their ideal balance of romance and humour, romantic comedies are a surefire hit in theatres and on streaming sites, and more are on the way for the second half of the year. The year 2022 did saw the publication of some excellent romantic comedies. On Ranker, users have chosen the top romantic comedy movies so far in 2022 by voting for their favourites.

A high schooler who wants to be an artist but is coerced, against her choice, to join the squad. It’s not all bad, though, because it provides her a chance to pursue the girl she’s had a crush on for a while. However, things become even more difficult when she realises she is falling completely in love with a different teammate. Soon enough, she’ll experience what true love is like.

After 18 months of dating, Noah splits up with Emma, while Anne splits up with Peter after six years. Noah and Anne each have new SOs. Emma, a receptionist on the fourteenth floor, and Peter, a vice president on the eleventh floor, come across each other sobbing in the stairs. They help one another and ultimately come together to establish an alliance to ruin one other’s ex-partners’ new relationships. They stalk the ex-lovers online, and Peter develops a closeness with Noah while Emma develops a closeness with Anne’s new partner.

Pop diva Kat Valdez is set to wed in front of an audience of her devoted followers. But just before the wedding, she finds out that her fiance has been having extramarital affairs and freaks out on stage. In a fit of inspired insanity, Kat looks into the eyes of a complete stranger in the throng and immediately marries him. The odd couple must quickly decide if two people from such disparate worlds can discover true love together while forces work to separate them.

The humble valet parking employee Antonio, a divorced father, resides with his mother, Cecilia. Isabel, Antonio’s ex-wife, and he split custody of their teenage son. While this story is being developed, another story is also. actress Olivia Allan’s life narrative. Olivia is having an affair with married billionaire Vincent Royce. Antonio had an accident close one night while Olivia and Vincent are out with Vincent, and the three of them wind up in photos together. This incident has sparked rumours of an affair between Olivia and Vincent. Now, Vincent worries that if his wife Kathryn files for divorce, he may lose his business. Vincent therefore devises a scheme to make Olivia and Antonio act as though they are a couple. And Vincent is confident that this will help him escape his situation.

Jung Ji Hoo is adored by his female coworkers despite his stiff, icy, and abrupt manner. One day, Ji Woo, a coworker of Ji Hoo’s, unintentionally opens a package of his, exposing one of his sexual proclivities to public view. Secretly arranging a contract while feigning pet ownership, Ji Hoo and Ji Woo launch a steamy affair and gratify Ji Hoo’s penchant for slave/master fantasy.

Nancy Stokes, a widowed former RE teacher, musters the fortitude to venture outside of her comfort zone after three long decades of unhappy marital connections with the same guy. Unsure of what to anticipate, stiff Nancy chooses to pay for a private sexual encounter with charming, polite, soft-spoken young escort Leo Grande in order to explore her latent sexuality. The troubled educator finds herself battling with unusual feelings and thoughts about her body while the courteous and tolerant professional tries to determine what Nancy needs to hear and do.

7. Father of the Bride

Billy is a traditional Cuban-American who struggles to accept change. They are only managing to stay together till their daughter Sophie marries her Mexican fiancé Adan because he and his wife Ingrid are going through a difficult time and she doesn’t want to keep the marriage going. Billy is not pleased when Sophie tells her parents that she is getting married to a man she proposed to but that they don’t know. She also says that she and Adam can afford to pay for their own wedding and that they don’t want a large wedding. When Billy insists on paying, everything starts to fall apart and the wedding spirals out of control since Billy is blamed for all the commotion no matter who is at fault.

In a future where Mars has been terraformed and populated by the best of humanity, the romantic comedy movie with a sci-fi twist is set. To be reunited with their significant others on Mars, two very different college students eventually work together and smuggle into a space shuttle.

Andrew Ahn’s FIRE ISLAND is an unapologetically modern rom-com that is set in the famous Pines and features a varied, multicultural examination of queerness and romance. The plot revolves around two best friends who set out to experience a memorable summer adventure with the aid of cheap rosé and their crew of diverse friends. It was inspired by the ageless pursuits from Jane Austen’s classic Pride and Prejudice.