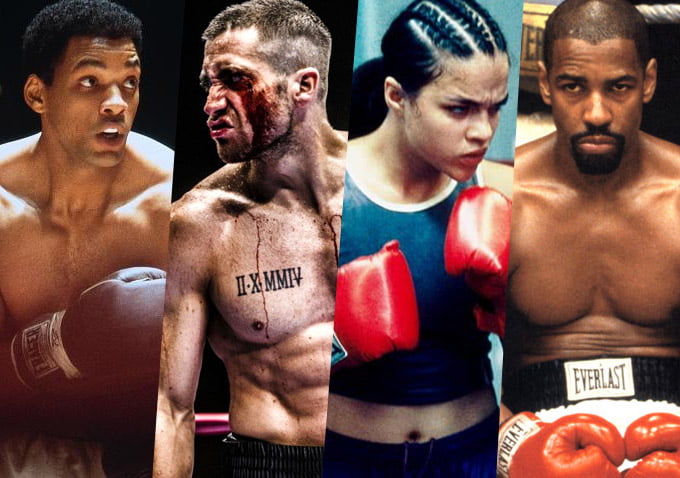 Top Films On Boxing Ever Made!

Films are one of the greatest approaches to portray any kind of lifestyle, profession, feelings, social issues, and humankind. One of them is showcasing Boxing. It has everything life expects from us that is, focus, endurance, power, power, and most above all, attitude.

Therefore, showing it in a perfect sense is the biggest challenge. Below are some films on boxing that were successful in achieving that.

Jake LaMotta is a prizefighter when he enters a boxing ring and destroys his opponent. When he treats his family and friends the same way, he’s a ticking time bomb waiting to explode. Despite LaMotta’s desire for his family’s devotion, something constantly seems to get in the way. Perhaps it’s his paranoia and jealousy outbursts. This kind of wrath helped him become a champion, but in real life, he often finds himself alone in the ring.

Rocky Balboa is a struggling fighter who has yet to break through to the big time. Micky, his coach, and his friends never give him the time of day despite his actual skill and refusal to face loss. When Apollo Creed, the World Heavyweight Champion, comes to Rocky’s hometown to find a weaker opponent, he chooses Rocky based on his moniker, “The Italian Stallion.” Rocky trains harder than he imagined he could in order to gain his own self-respect and go the distance with his shot at glory in front of him.

Except for his longtime buddy and associate Eddie “Scrap-Iron” Dupris, Frankie Dunn is a veteran Los Angeles, California boxing trainer who keeps practically everyone at arm’s length. When Maggie Fitzgerald, a transplant from working-class Missouri, walks into Frankie’s gym seeking his advice, he is hesitant to instruct her. He eventually gives in, and the two develop an unbreakable friendship that will transform them both forever.

Adonis Johnson is the son of Apollo Creed, the former world heavyweight champion who defeated Rocky Balboa in his first title bout. Johnson never met his father, Apollo Creed, because he died before he was born. Johnson is also a fighter, having gone 15-0 in Mexico in unofficial contests. He resolves to fight full-time while working at an office. He relocates from Los Angeles to Philadelphia with the hopes of hiring Rocky Balboa as his personal trainer. They eventually join forces, and Johnson’s career begins to take form. Meanwhile, England’s Ricky Conlan, the world’s light heavyweight champion, is seeking for a bout.

Muhammad Ali’s story is portrayed in three interwoven strands from 1964 to 1974. The boxer’s journey from champion to champion to champion. Cassius Clay converts to Islam, breaks his association with Malcolm X, may be Elijah Muhammad’s puppet, opposes enrollment into the US military, and is sentenced to five years in prison while his case is heard by the Supreme Court. He marries twice, the second of which is strained by 1974. He protects his white trainer, has a sibling in Bundini Brown, and is devious with Howard Cosell. Ali maintains his integrity throughout the film, including in the ring, in the induction center when he refuses to come forward, and in friendship, love, and victory.