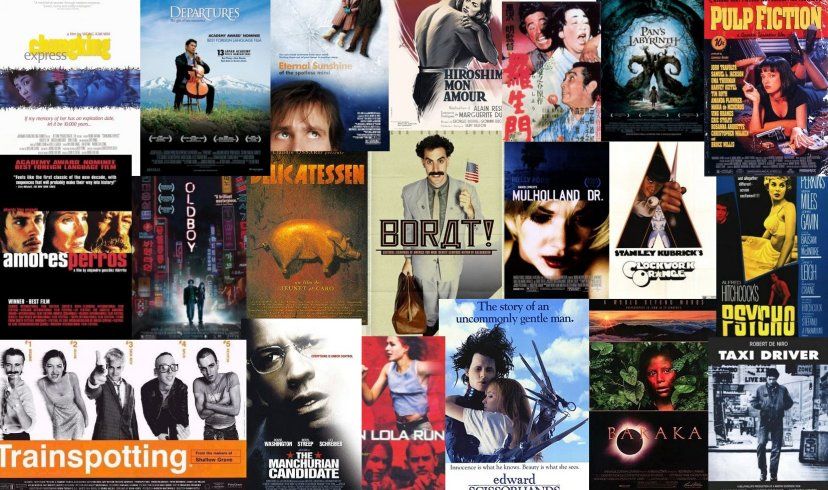 Top 6 Films That Made To Cult Classics!

To make a film successful in theatres all elements should be present equally. A film should shake the ground of normalcy to make an impact on the audience. That’s what makes it a Cult Classic.

Cult cinema is the surreal approach to cinema with a wide amount of following. The elements that make a film cult are strange, offbeat, quirky with outrageous plots and sub-plots. A film should be revolutionary and ironically enjoyed from generation to generation.

The usual definition of cult lies in a sense of distinction from mainstream cinema. But what it really requires is on the basis of their modes of production and exhibition, their intertextuality, and the most importantly by an act of appropriation by specific audiences.

There are few directors who have always made cult films such as, Quentin Tarrantino, Martin Scorsese, David Fincher, Stanley Kubrick, David Lynch, The Coen Brothers, and many more. Their films have always been considered as inspiration and aspiration in to-be filmmakers.

Therefore, here are some films of these filmmakers which made to the list of Cult Classics.

Despite having an A-list cast in the lead, Richard Kelly’s Donnie Darko was a major flop on the screen. The film was coming of age film in the late 80s period. It explored time travel and focused on a cranky and sensitive character who is troubled by visions of a man in a bunny suit. Jake Gyllenhaal is a teenage boy who sees a rabbit, telling him that the world is going to end.

The film is a low-budget time journey with suspense and thrill. It was released just right after the drastic incident of 9/11 when people needed something light to watch but the film put them in the same state of mind. As a result, the film couldn’t get success in theatre. But today in the world of cinema, Donnie Darko has made a spot for having unique premise and mindblowing elements.

Based on Chuck Palahniuk’s novel with the same name, Fight Club is Ficher’s masterpiece of all time. Though the film had a lukewarm response on the screens, within years, it has made to the cults of Hollywood. The main reason for the film getting high response over the years is through astronomical DVD sales.

The film tells a tale of a guy Edward Norton finding the pressure of society that has forces him to focus on the needless and living his life normally. On the journey of the film, Edward meets Tyler Durden, a powerful man filled with a charismatic alter ego, and sees life completely opposite of Norton’s. As a result, Edward forms a Fight Club with his friend Durden to feel the pain of life and death. The club later starts organizing terrorist strikes, attacks, and assassinations on the society.

The film showcases the journey of a male when he disconnects himself from the world and represses his true emotions. At the start, the film was perceived as an emotional journey with dark comical events. But, Fincher really crushed that expectation by cushioning the film with absolute violence with has made an impeccable impression on the generation.

Talking about cult films, how can one forget the all-time classic, Taxi Driver. The story revolves around a twenty-six-year Vietnam veteran, Travis Bickle, a lonely and insomniac taxi driver in New York City. He drives the cab at night to make his living and in his odyssey, he imagines the life he wants to live by playing different scenarios in his head. Despite living in the city for a long time, Bickle still finds the place strange and finding it difficult to blend in. The city has broken his heart by treating him as an outsider and rejecting him. Being an angst-driven person, Travis changes into a complete sociopath filled with rage and disgust for the values of society.

The utter loneliness is the center of the film. It is a human condition that haunts us every day and Scorsese has captured that authentically. The film is the best cinematic accomplishment along with De Niro’s mind-blowing acting delivery. Taxi Driver has transcended as one of the most beautifully crafted motion pictures which have established itself as an archetypal cult film.

All films of Tarrantino‘s are cult in one and another sense. But Pulp Fiction holds the most respectable place in the guild. The die-hard cinephiles consider the film as the best movie ever. The saga, written and directed by Tarrantino himself revolves around the lives of gangsters, criminals, and henchmen of Los Angeles. The film has several intersecting storylines of two gangsters, Vincent Vega and Jules Winnfield who are on a whereas the second storyline deals with Butch Coolidge who is an aging boxer and is on a run with his wife. It focuses on the conversation of the first two criminals which carries dark comedy humor and their perspective of living lives.

Pulp Fiction is unique for not having a chronological time scale that is a common Tarrantino method. Another thing is a reference of film’s title with 90’s magazines and criminal books about violent nature and dialogues which makes it more responsive. Pulp Fiction is a great success with its memorable performance and jumble continuity but what really stole the show are the dialogues. The dialogue has made the movie a truly modern classic making it the most quotable film ever.

The story revolves around a long-time married couple, Dr. Bill and Alice Harford, living in a rich Manhattan society. The couple attends a ball where they witness their significant other being hit on by other people. The following night, Alice tells Bill about her crush on a random naval officer when they were vacationing on Cape Cod. Alice tells Bill about her sexual desires towards that officer. The conversation proceeds into a fight and Bill gets out of the house in the middle of the night. The odyssey of Bill’s night puts him in several sexual situations which he avoids throughout the night. The story comes around with Bill coming back to his wife Alice resuming their marriage.

Kubrick’s Eyes Wide Shut is a timeless masterpiece. It is a disturbing satire, a sincere fantasy story, and an analysis of monogamy, sex, marriage along with the relation of subjects with perception and emotions. The film is the best example of being a commercial success along with being in the category of cult audiences, cinephiles, and mainstream art.

A loose adaptation of Jane Austen’s Emma, Clueless is an intelligent satire of class. The film revolves around a privileged Beverley Hills teenager, Cher Horowitz. Cher is a self-obsessed teenager who is oblivious to the reality of the world and emotions. She lives with her litigator Dad who is obsessive about her daughter. Cher is accompanied by her best friend Dionne and they go to the high school filled with sassy kids. Both lives in the world of their head with putting themselves on with assurance of pure intentions. They help out people who are “clueless” by giving them a makeover, providing them rich stuff, attitude, and all the related knowledge.

The film is a classic cult as it was one of the most iconic films filled with fashion and lifestyle. An introduction to the new faces gave the film a fresh look. The film is appealing to the audience that demands a sense of humor and has an ear for irony. The director, Amy Heckerling has jammed the movie with humor and unexpected delights.