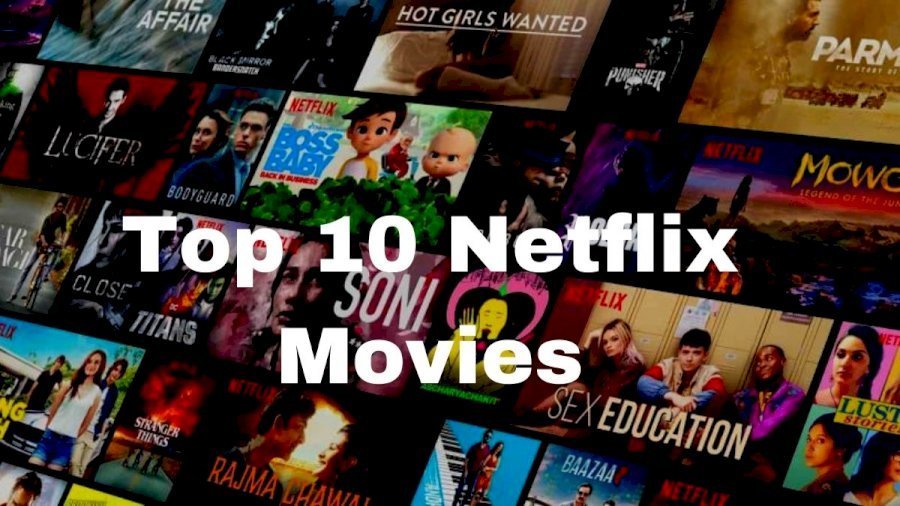 The Top 10 Most Popular Movies on Netflix Right Now: April is coming to an end and the pandemic is still in its full effect. So, we advise you to stay at home and binge Netflix. I mean, what other choice do we have? We have said a million times before that Netflix has a very large library of movies and shows. So, it is a certainty that you will never run out of content with Netflix. The real problem is selecting what to watch? And as usual, we have compiled a list of The top 10 most popular movies on Netflix that you can watch. These are some of the Best Netflix Movies. So, buckle up, as these are the top 10 most popular movies on Netflix.

So, let me explain this to you. Blonde Chris Hemsworth with really long hairs who is an F1 driver. Now, you get the picture, so what else are you waiting for? This movie is really great. From the acting to the story and Howard’s direction is just amazing. Daniel Bruhl again completely steals the show. He is becoming my favorite actor day by day. The movie was a little bit rushed(pun intended), but other than that, it is highly recommended by me. I can just watch this movie for editing and cinematography alone, which was phenomenal. You will be emotionally connected to the movie. It is one of the Best Netflix Movies and yet it is so underrated. But, it is getting the love it deserves now, that is why it is on the list of The top 10 most popular movies on Netflix.

I don’t know how, but Mila Kunis and Justin Timberlake is one of the most-watched movies on Netflix in 2021. It is a really good generic Romantic Comedy movie and sometimes that is all you want. I mean, I get why it is getting so famous. In these tiring times, we need an escape route and Romantic Comedy is one of the best escape routes from reality. The chemistry between Mila and Justin is amazing and that can be seen in the movie. Mila performed in Black Swan before this movie, so these were some of her best acting years. She was amazing here. There are genuine moments of laughter and emotions. You will cry and laugh with the characters if you are into romantic comedies. All in all, it is a decent watch.

Just like Friends With Benefits, I have no idea how Legally Blonde is The top 10 most popular movies on Netflix. But, I am glad it is. It is one of my favorite comedies of all time. It is so chaotic and makes no sense that it actually works in the favor of the movie. Reese Witherspoon is just amazing here and stole the show completely. She, alongside the whole cast, is brilliant. There are so many laugh-out-loud moments in the movie. The plot is so stupid and escalates so fast and you will love every bit of it. I can’t explain how bonkers this movie is in just words, so you have to watch it for yourself. But, it is definitely one of the Best Netflix Movies.

Are the classics getting re-released on Netflix? Or there are so many people that didn’t watch Saving Private Ryan before? I don’t know about that, but this movie should always be up in the top 10 most popular movies on Netflix. Because it is bloody brilliant. One of the Best Netflix Movies of all time, with one of the best performances ever by Tom Hanks. This was a movie of Steven Speilberg’s prime era. So, just imagine the class of direction for yourself. I won’t say anything, go and watch it for yourself and you will know what I am talking about. One of the best-directed movies with one of the best actors of all time. How can it go wrong in any way?

Well, I can certainly see this as one of the most popular movies on Netflix. It is one of the Best Netflix Movies drama I have seen in a long time. And it has Idris Alba in it. So, plus point for that. It is his best performance since Beast of No Nation. As for the movie, it is really enjoyable and the fact that the movie was somehow based on real events really made it 100X better for me. It is a predictable story, half of the movie was revealed in the trailer. So, don’t go watch this as some kind of mystery that will blow your mind. It is Unevenly balanced between a fairly touching and well-done, though generic, father/son dynamic movie that is set up in a new kind of environment.

I think this movie was great. And it is good that this is one of the latest popular movies on Netflix. It is a pretty clever movie apart from the ending which was kind of weird. Despite the B-Grade movie premise it is very well produced. The actors might not be well-known, but they did tremendous jobs. The script as Is said earlier is really clever and really plays with fans. The ending was weird but it was something new, I guess. I respect the creators for not going towards a generic direction with this and trying something new. The movie somehow works when it could have been fallen apart easily. All of you should check it out, as it is a different kind of Science Fiction.

What can I say about this movie that hasn’t already been said? One of the greatest superhero movies of all time. One of the most iconic characters in a superhero movie of all time. You can watch this movie as much as you want, and you won’t be bored even for once. It is a legendary movie and you will know why once you see it. From acting to the story, from direction to the music, everything is almost perfect here. Christian Bale is still considered the best live-action Batman. Heath Ledger is the best live-action Joker. The Dark Knight is a treat for a movie lover and it is definitely one of the Best Netflix Movies.

Also Read :  Lucifer Season 5 Review: The Devil of Netflix is back

It is a perfect comedy movie considering the times we are in. I haven’t laughed this hard for so long while watching a movie. It is one of the latest popular movies on Netflix and it is worth your time. Eric Andre and Lil Rey Howrey are just amazing and Tiffany Haddish just adds to the flavor beautifully. Every scene in the movie is shot like a prank, with unfiltered background general audience as the supporting characters. And to be honest, they stole the show in my opinion. The guy cleaning the graffiti and covering for Tiffany Haddish was one of the hardest laughs I’ve had in a long, long time. It is absolutely brilliant.

It is based on Sherlock Holmes’s sister and she is just as good as him. This is a charming movie that will attract the kids especially. I had no idea that Millie Bobby Brown is such an amazing actress. Her rile has some weird energy to it that I am afraid of. I absolutely loved her character arc, and how it goes from a fun-loving girl to being completely independent. It is one of the most charming Netflix originals. It won’t be wrong to say that it is one of the Best Netflix Movies and all of you should watch it no matter what.

I can see why it is trending suddenly. It is one of the best horror movies out there and everyone would agree with that. There is something more than regular jump scares to this movie. It is like a psychological horror that keeps playing with your mind. The Conjuring is bloody brilliant and one of the Best Netflix Movies. It is no surprise that it is one of The top 10 most popular movies on Netflix.

These are The top 10 most popular movies on Netflix. We hope that it will help you to wort out your watchlist better and if you know of a movie that should be on the list. Let us know in the comments.