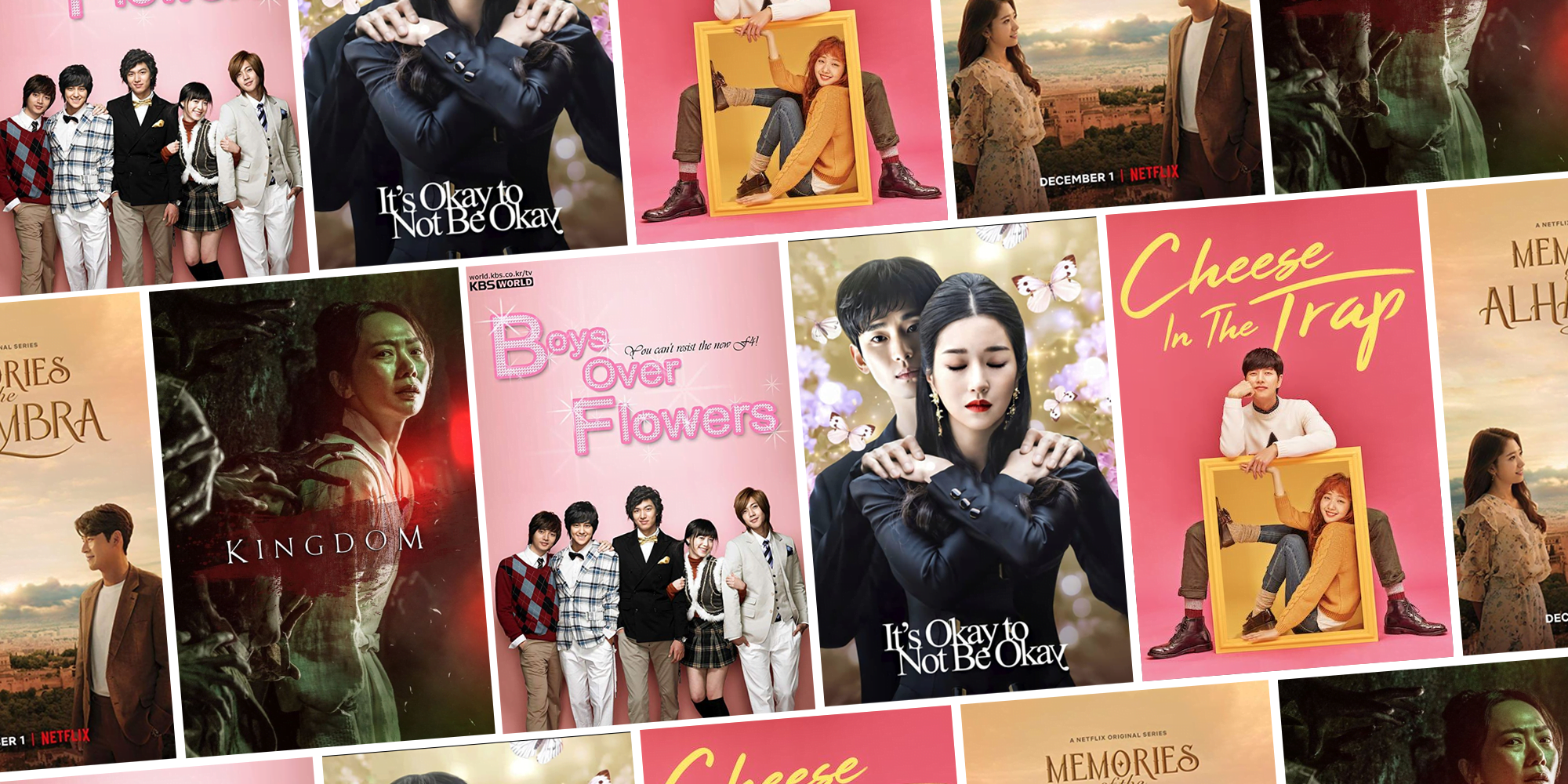 No matter what you say, they are quite addicting.

Netflix and Korean Dramas are a weird pairing. Netflix keeps adding Korean Dramas to their platform and no matter how hard you will try to avoid them, in the end, you will watch them. Korean Dramas have improved and grew so much in the past few years that everyone should check them out. We have made the process easier by selecting the best Korean dramas on Netflix. You can watch them at any point without any worries. So, let’s get on with it as these are the Most addictive Korean dramas

I started this show without much knowledge of the synopsis but I am glad I started it. It might be one of the purest things I have ever watched. Usually, K-Drama really walks on the line of being cringy rather than cute, but this show excels in that department. It is downright cute and you will fall in love with this show. Undoubtedly it is one of the best Korean Dramas on Netflix Right Now. The ending might have been a little dumb but at that moment I really didn’t care.

Crash Landing On You

It looks like Korea knows how to make a good romantic show. If you go and read the plot of the show, you might find it a bit dumb. But it is nothing like that. I think that the over-the-head dumb plot works out for the better of the show. For me, it is definitely the Best romantic Korean drama on Netflix. If you haven’t watched it yet, I highly recommend you to watch it. If you have watched it, what is stopping you from giving it another watch?

Now, let’s get away from the romantic genre and go into the dark territory. It is not as dark as the trailer will make you believe. But the action gets better and better. I’d describe the plot as a revenge story with a bit of a heist thrown in. The show is but slows till the first 3 episodes, but after that, it really picks up its pace. So, don’t drop it or stop watching it because it will get really good before you will realize it. The drama will kick in and the characters will become more nuanced. It has the usual K-drama moral “cleanliness” in execution and message. It is one of the Most addictive Korean dramas and one of the best Korean Dramas on Netflix Right Now.

It is one of the newest addition to Korean Drama on Netflix and it is amazing. It is a crime thriller that focuses on a murder in  Hankuk University Law School. I liked this one because it was something new and I haven’t seen anything like this from Korean Drama. It is similar to ‘How To Get Away With Murder’ and that is always a good thing. And the best thing is that there are so many sub-plots that are going on with the main plot. And none of the plots really overshadowed the main one. That is the best kind of story. It is one of the best Korean Dramas on Netflix Right Now and you should watch it.

The show is about a group of people that try to survive in Korea’s version of Silicon Valley. It might have a lot of similarities with Silicon Valley, but ultimately it is just a Romantic Comedy show. Yes, Korean Dramas are filled with romance only, but this is different from others. It deals with satire comedy and I didn’t expect that from it. I honestly loved this show from start to the finish. There was never really a low point in the show. I will definitely recommend it as one of the Most addictive Korean dramas.

It’s Okay to Not Be Okay

You knew it was coming, don’t you? I mean it is one of the Most watched Korean drama on Netflix. The show is based on mental health, which is not talked about much in Korea. The show follows the life of a popular children’s book author who has a personality disorder. Then it has the same kind of Korean Drama trope of romance but it is so good. It not only deals with romance but also with some problems that should be talked about more. Definitely my favorite out of all the shows mentioned here in this list.

Kingdom was supposed to leave Netflix in April 2021, but it didn’t. And I am so grateful for that. It is just like the anime ‘Kingdom’ and it is just as good. I absolutely loved its fast-paced narration and a few unexpected twists in a beaten-to-death genre. The third season just came out on Netflix and I think you should binge-watch it right now. The kingdom is not only the best Korean Drama on Netflix Right Now but also one of the best shows on Netflix.

Another show that is based on a Webtoon. Webtoons are absolutely best, aren’t they? And when you can adopt a webtoon this good, the show is bound to be good. Don’t go by the name of the series. It is a thrilling apocalyptic story where monsters are taking over the world. And some residents of a building who are on ground zero for a species decide to take the fight to them. There is a lot of action and story blended into a limited amount of episodes. But sometimes, just sometimes, more is good and Sweet Home is good. One of the Most addictive Korean dramas.

Let’s get those boxes of tissues now because you will cry your eyes out while watching this. It is one of the most emotional shows out there. The show is based on the life of a mailman who just turned 70. And after retirement, he decides to fulfill his lifelong dream of becoming a ballet at the age of 70. But, there are so many problems in his path. Not only he is old but is also suffering from Alzheimer’s disease. The story kicks off when he meets a young boy who loves ballet just as much as him. Their bonding from there will melt your heart. You will cry, laugh, will be angry, but for the entirety of the show, you will be feeling what the actors and creators want you to feel.

Memories of the Alhambra

For the final entry in the series, let’s get out of Korea. Memories of the Alhambra is directed in Spain and it looks so beautiful. And another thing separating it from other shows in its genre. It is a science fiction show and follows the life of a CEO. It feels way too real and is a kind of a breath of fresh air. And I hope it is the start of something new in Korean Drama.

So, this was our list of The Best Korean Dramas on Netflix Right Now. Know of any other show that we might have missed? Let us know down below. And for more lists like these keep following Reelsrated.