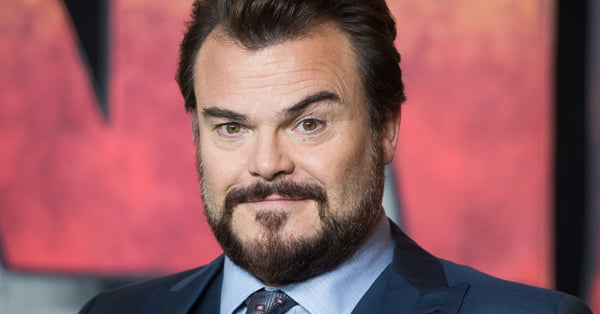 At the age of 52, Jack Black has already appeared in over 80 films and is still going strong. He has a wide spectrum of films, including obscene comedy, romances, films that tug at the heartstrings, and a few memorable family films.
What better moment to look back on Black’s most iconic appearances than now, with the news that he will reprise his role as Po from Kung Fu Panda in a new Netflix television series? This is a list of his top eight performances.

Dewey Finn, a lazy musician, is facing a stack of debts and misery after getting kicked out of his rock band. He lives with his best friend, Ned Schneebly, a former member of the band who is now a substitute teacher. Dewey obtains a substitute teaching position at a snooty private elementary school, where his attitude and shenanigans have a significant impact on his classmates. He discovers that they are great teenage musicians and decides to establish a rock band with them in order to compete for a $10,000 prize in a local band contest. The prize money would fix Dewey’s financial woes and put him back in the rock music spotlight if he won a tournament dubbed “Battle of the Bands.”

Also Read :  Films To Watch If You Liked 'Adam Project' On Netflix

Po is a slacker panda who is the biggest admirer of Kung Fu around, which doesn’t exactly come in helpful while working in his family’s noodle store every day. Po’s dreams come true when he joins the world of Kung Fu and studies with his idols, the famed Furious Five, after being unexpectedly picked to fulfil an old prophecy. Tigress, Crane, Mantis, Viper, and Monkey are led by Master Shifu, their teacher. But, before they realise it, the furious and cunning snow leopard Tai Lung is on his way, and it’s up to Po to protect everyone from the approaching peril. Po throws his heart and girth into the effort, and the unexpected hero discovers that his worst flaws are actually his greatest assets.

Nacho is a young Mexican cook who grew up in an orphanage. He dons a mask and cape and recruits a partner to compete in a local Lucha Libre tournament in the hopes of winning the 200-peso prize, which will allow him to provide better food for his children and get respect. When a new nun, Sister Encarnación, arrives at the monastery, he strives to win her adoration while also striving to prove that being a Luchador isn’t a sin by winning the top prize in a battle-royale tournament so he can purchase a bus for the youngsters.

JB (Jack Black) and KG (Kyle Gass), two musicians, develop an unlikely connection that could lead to the birth of the world’s greatest rock band. To make that fantasy a reality, the good guys set out on a quest to track down a renowned guitar pick with magical abilities.

Pick of Destiny becomes a vehicle for Black and Gass’ album of the same name, as they perform together multiple times during the film. However, there’s enough of bromance fun to be had, as well as a funny drug-trip sequence in the woods where JB consumes mushrooms.

Elroy Fletcher owns a video store in Passaic, New Jersey, where he claims Fats Waller was born in a condemned building. Fletcher leaves his foster son Mike in charge of the store while he travels on a Waller centenary trip. Jerry, Mike’s strange acquaintance, tries to damage a power plant and nearly electrocutes himself, magnetising himself in the process. He unintentionally erases all of the store’s tapes. Mike and Jerry devise a scheme to conceal the disaster by building a makeshift “Ghostbusters” to rent to a woman whom Fletcher will call to inquire about their well-being. Their home-made film adaptations gain a cult following with the help of others.

Since the fifth grade, Darren, J.D., and Wayne have been great buddies. They are Neil Diamond aficionados who even have their own cover band. Still on the lookout for the ideal one, Darren encounters Judith, a psychotherapist who tries to “whip” him. She decides to force Darren to break up his band and ditch J.D. and Wayne as his best buddies. They decide to kidnap Judith and try to reunite Darren with his old flame, Sandy, before she becomes a nun and Darren marries Mrs. Wrong!!!

Iris Simpkins works in London as a wedding columnist and harbours an unrequited love for her colleague Jasper Bloom. Her life is turned upside down when she learns that Jasper is engaged to another colleague near Christmas. Amanda Woods, a movie trailers creator in Los Angeles, has just broken up with her cheating lover Ethan and want to forget him. She switches her home for Iris’ cottage in Surrey for the holidays using a house exchange website. Amanda meets Iris’ brother, book editor Graham, while in Surrey, and the two fall in love.

When Laura, his intelligent and successful partner, departs him because he hasn’t changed since they met, 30-something Rob Gordon is confronted by Arrested Development. He recounts the five worst breakups he’s ever had (he constantly makes top-five lists, though usually about music). He reminisces over each breakup, reconnects with these old loves in order to learn why they dumped him, and wallows in grief over the loss of Laura. Much of it takes place in his record store, where he and two socially awkward workers live and breathe obscure contemporary music. Rob tries in vain to reclaim Laura, engages in new fantasised relationships, and seeks introspection.