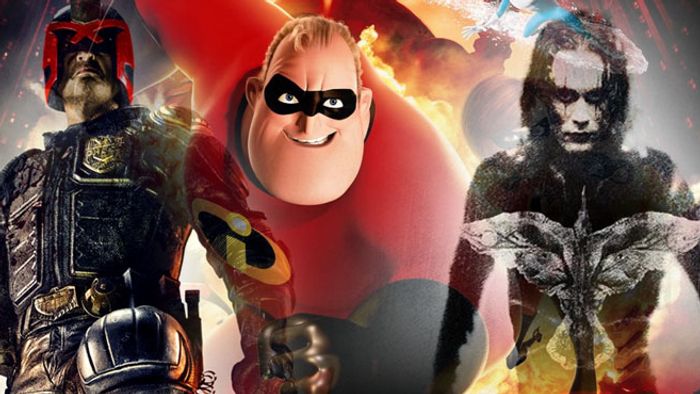 Superhero Films that are not created by Marvel / DC

Everyone loves Marvel and DC. These are the films when we think about any superhero film. The Iron man, Spiderman, Batman, and every other super-cool superhero. However, there are other superheroes apart from these franchises.

Below are some non-Marvel/DC superhero films.

Because of his drinking and carelessness, the mighty superhero John Hancock has become a laughingstock. He’s also the most despised man in Los Angeles. Though he has saved countless lives, he has also destroyed a great deal of property. Along with costing the city millions of dollars each time he is deployed. When he saves PR expert Ray Embrey from an oncoming train, the executive is grateful. He feels he can help Hancock regain his reputation as a true superhero. He invites the anti-hero to dinner and introduces him to his son Aaron, who is a huge fan, as well as his wife Mary. Mary, on the other hand, does not want Hancock near her or her family for some inexplicable reason.

Also Read :  French Films Of The Decade To Watch

Andrew Detmer, an unhappy adolescent, and outcast at his high school have an excellent reason to harbor long-term bitterness and contempt toward the world—powerful feelings that arise from years of maltreatment and the fact that his ailing mother is dying. When his cousin Matt and their popular classmate Steve stumble into a mysterious hole in the forest floor, their surprising discovery will change their lives forever, as an unimaginable and indestructible force imbues their young bodies. However, what began as a harmless game between friends will soon spin out of control—and Andrew’s floating camera will continue to film until one of them gets consumed by this double-edged extraterrestrial gift.

David Dunn, a former football player who is now a security guard with a failing marriage, survives a terrible train catastrophe that killed 131 people. Soon after, Dunn’s polar opposite, Elijah Price, a brittle-boned comic-book art dealer, approaches the tragedy’s sole survivor, convinced that luck had nothing to do with his miraculous survival; moreover, the mysterious stranger has a ridiculous theory that explains the condition of the man whose bones never break.

On the night before Halloween, the brutal henchmen of the deadly criminal kingpin, Top Dollar, murder up-and-coming rock sensation Eric Draven. Also, his innocent fiancée, Shelly Webster, is somewhere in Detroit’s dark underbelly. But, such is the injustice of the devoted couple’s sudden death on the eve of their wedding. A merciful crow intervenes as Eric’s restless soul is guided to the other side. Bringing his spirit back to complete his unfinished task. Eric Draven’s pale body magically rises from its icy grave, granted permission to exact his just revenge on his adversaries exactly a year later, on Halloween Eve, like an uncompromising supernatural avenger, with the baleful raven as his lone link between this world and the next.

Hellboy, the scarlet-skinned, cigar-chomping, gun-toting, hornless demon with the heart of a human, spawned in the flaming bowels of Hell, finds himself confronting the same evil forces nearly sixty years after stopping Adolf Hitler’s occult conspiracy in 1944. Hellboy, along with his equally exotic brothers-in-arms—the telepathic amphibious man, Abe Sapiens, and the beautiful fire-starter, Liz Sherman—join forces with FBI agent John Myers to thwart the plans of the sinister Russian mystic, Grigory Rasputin, as a special member of the top-secret Bureau for Paranormal Research and Defence, led by his father-figure, Trevor Bruttenholm. The future of the globe is in jeopardy once more.

In this comedy-adventure, an everyday youngster discovers that he isn’t so ordinary after all. Will Stronghold is nervous about starting high school. But when he arrives on campus, he realizes that he is attending Sky High. It is a special learning facility for superhero children. Will discovers that his father is Captain Stronghold, a superhuman crime fighter. Also, his mother is Josie Jetstream, a fellow champion. Coach Boomer, on the other hand, is unable to detect any superior abilities in Will during his first few days at school. Hence, relegating him to the ranks of the lowly sidekicks rather than joining the school’s rising heroes.