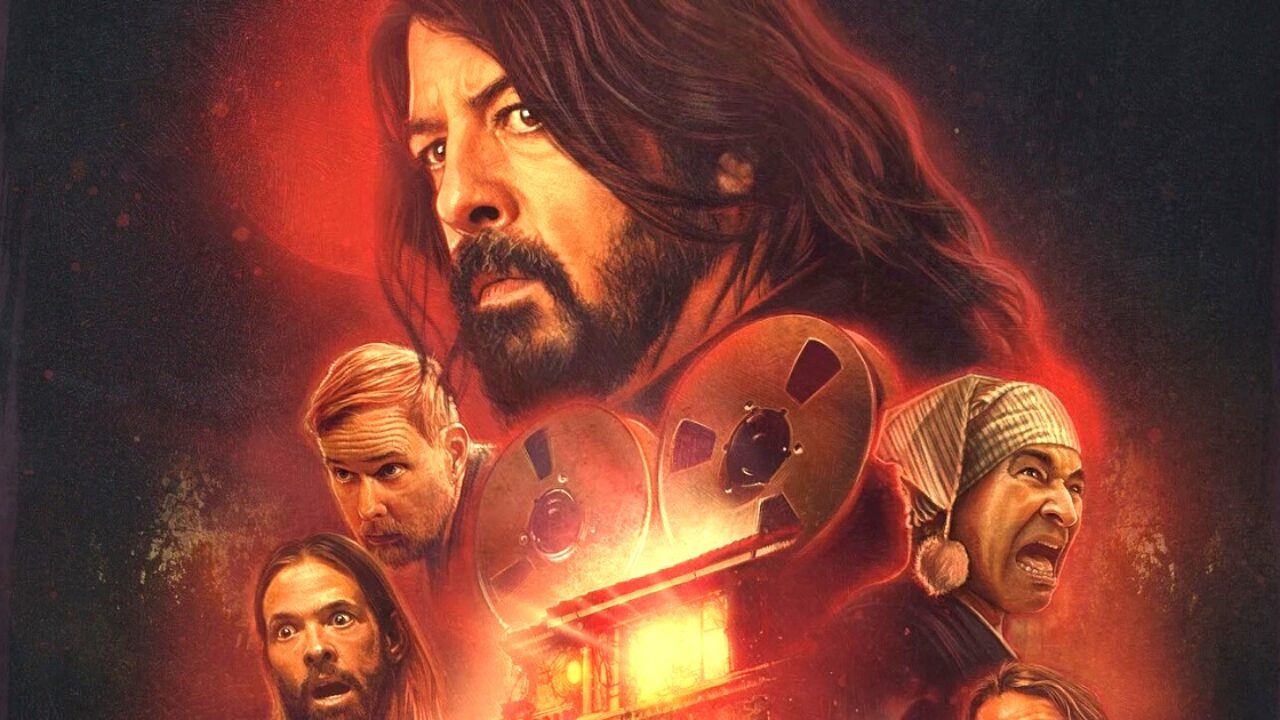 The ‘Studio 666’ is a combination of hard rock and comedy. The movie is directed by BJ McDonnell based on the story illustrated by Foo frontman Dave Grohl. Jeff Buhler and Rebecca Hughes are in charge of the screenplay. The Foo Fighters have previously reported a horror comedy and now the filmmakers have taken the job in hand. The teaser was released back in December 2021, which shows that the band members will poke fun at themselves.

The plot of the story is based on the real-life experience of the band while recording ‘Medicine at Midnight’ when they moved into the exact house shown in the film. The story begins as the Foo Fighters move into a mansion in Encino, California to record their much-awaited 10th album. They chose the mansion in the first place because of its stunning acoustics. But shortly after moving in, mystery surrounds them like a thick fog. The frontman, Dave Grohl finds himself wrestling with supernatural powers. The trailer reveals a dialogue, “..it allows spiritual entities to cross into our world.”

The encounter with unnatural forces threatens the purpose of their visit and the lives of the band members. It seems that the house is bestowed with the ability to bring in eerie beings. Gohl seems to be possessed by them which negatively affects his mission of creating the music album. He becomes an obnoxious presence for his mates from the band. He attempts to surprise his mates with his old song ‘Everlong’ again. The other members stare in awe at this disposal and so do we! The trailer also leaves multiple numbers of comedic notes for the fans. Thus it is a challenge for the band to overcome the hassles and move towards their goal.

Studio 666 features real-life band members, Dave Grohl, Taylor Hawkins, Pat Smear, Chris Shiflett, Rami Jaffee, and Nate Mendel. In addition, it also features Whitney Cummings, Leslie Grossman, Will Forte, Jenna Ortega, and Jeff Garlin. While we all know Jenna Cortega from the series ‘YOU’, we are also familiar with Whitney Cummings and Leslie Grossman from ‘American Horror’.  Audiences can surely anticipate that the movie will look absolutely delighted with their favorite faces playing their respective characters.

The movie is all set to release in theaters on February 25, 2022. The rock and roll team will slay the big screens in just days’ count. Audiences can also get their tickets for Studio 666 now. The content of the film does shout out for a big-screen release. All the horror trials as well as the recording sessions will be a treat to the audience for sure.

After the busy year of 2021, Foo Fighters shared a video of the track ‘Love Dies Young’ in November from their album ‘Medicine at Midnight’. It features Jason Sudeikis as a swim coach. The band is presently preparing for their U.S tour in Tempe, Arizona in February. The film could have been anticipated as a mainstream dark horror one had the musical notes not taken their entrance. We get some creepy dialogue from the frontman, replying, “..Yeah it’s killer”. We can already tell from the trailer that the fanfiction will be overflowed with hilarious conceit.