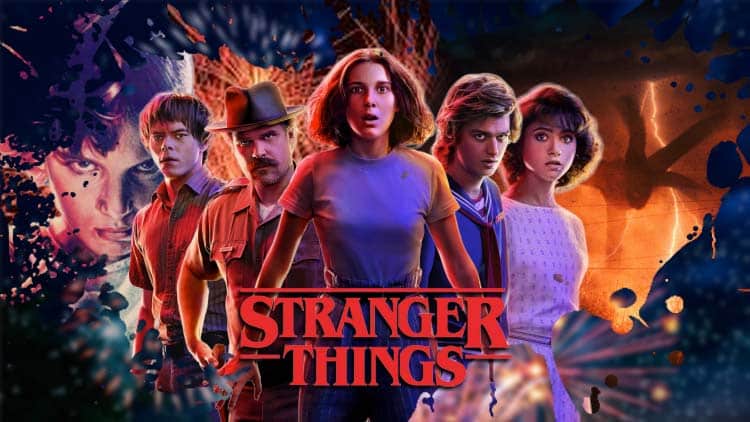 Stranger Things Season 4: It Is Time To Leave Hawkins

The Latest Trailer of Stranger Things takes us to Creel House!!

If you are a fan of a haunted house horror movies or shows, Stranger Things Season 4 might be a treat for us. It has been two years now since waiting for the fourth season of Stranger Things. But the wait is almost over now. During the TUDUM fan fest, we got a new teaser trailer for the fourth season. The trailer was set up in the 80s only, but it took us out of Hawkins, Indiana. And showed us the new location where season 4 will be shot; The Creel House.

According to the cast and creative team, Season 4 was always going to take the show’s story out of its small town locale, opening things up for a bigger, more ambitious scope. So, it will be interesting to see how all of this will turn out. And yes, the house was as creepy as the name suggest.

The fourth season will start right from the end of the third season. This time the show will go to Russia. The first trailer for the upcoming season was released back in August 2020. And it showed us a glimpse of Hopper being alive. That was happy news for all the fans. Because we saw Hopper dying in Stranger Things Season 3. But the trailer released on May 6, 2021, showed a different story. It showed us the Rainbow Room again and the trailer ended with pointing towards Room Number 11. I think we might be getting more of Eleven’s origin story this time.

All the other usual schemes will be there too. The kids will fight against the monster once again with maybe elder people this time. Because you have to tell them, they will believe you for god’s sake. We might see Hopper’s struggle of leaving the jail he is in. Or he might help our heroes from there for all we know. There are lots and lots of loose ends that need to be tied up. And I am excited about it.

Stranger Things was supposed to wrap up the shooting in August 2020 and was supposed to release in December of that year. Yes, the post-production of Stranger Things is lengthy. Now that the pandemic has ruined that plan we might be getting Stranger Things at the end of 2021. The more realistic timeline will be early 2022. Maybe in January or February. One thing that tells me that we might get the fourth season this year only is IMDB. As IMDB has already revealed the title of the first episode and the total number of episodes. But we all know that can be changed. There will be a total of 9 episodes in the fourth season as well. And the show will release exclusively on Netflix without any regional boundaries.

The new cast will include Jamie Campbell Bower as Peter Ballard, Eduardo Franco as Argyle. He will play the role of Jonathan’s new best friend and will have a major role. Joseph Quinn as Eddie Munson, Tom Wlaschiha as Dmitri, Sherman Augustus as Lt. Colonel Sullivan, Mason Dye as Jason Carver, Nikola Duričko as Yuri, and Robert Englund as Victor Creel.

The Duffer Brothers will return as the directors for the series and produce the series.

Stranger Things Season 4: What To Expect?

As of now, even we don’t have any idea. There are so many ways the series can go to and all of them look exciting for sure. One thing about Stranger Things is that it has delivered in every season consistently. The return of Hopper really hyped me up but with so much time gone, it is not that effective now. And it is not the fault of the creators. But, in my opinion, the fourth season will also be a banger like the previous three. I am just excited to see Maya Hawke returning on my screen.