Spider-Man: No Way Home Behind The Scenes Images Raises Lots of Questions

How is Peter Parker back at school ??

Spider-Man: No Way Home, First Dr. Octopus, and now Peter back at school. I have lots of questions about the upcoming Spider-Man movie. But it is all good news as we can say. There have been so many rumors about the upcoming Marvel movie but nothing is confirmed yet. And these pics are taking us back to the Midtown School of Science & Technology. And these photos are suggesting that Peter will gave a huge brawl in the school and will get beaten up.

The photos were taken by Zendaya and Jacob Batalon shared them on his feed. It looks like all the cast members are having lots of fun. And when the cast is having that much fun, you know the movie is also going to be fun. And when Jamie Foxx is also making a return and that is going to be a banger.

Also Read :  Cobra Kai Season 4 Will Be an Emotional Ride for Johhny

All the major characters from the first two parts will return. Tom Holland will return as Peter Parker/Spider-Man alongside Zendaya as MJ, Marisa Tomei as May Parker, Jacob Batalon as Ned Leeds, and Tony Revolori as Flash Thompson. will also include Benedict Cumberbatch as Doctor Strange, Jamie Foxx as Electro, JK Simmons as J. Jonah Jameson, and Alfred Molina as Otto Octavius / Doctor Octopus. You can read the whole cast list at IMDB. No Way Home will also see the return of Marisa Tomei, Angourie Rice, Tony Revolori, and Hannibal Buress.

Jon Watts is directing the movie with Chris McKenna and Erik Sommers in charge of writing the script. Kevin Feige and Amy Pascal are producing the movie.

Spider-Man: No Way will continue right after from Spider-Man. And that is a big deal. Far From Home was really better than the underwhelming first part of the series and we hope that the third part follows that only. As of now nothing major about the story has been revealed.

We don’t know much about the plot but all the things are directing towards entry of multiverse into Marvel. Dr. Strange and Wanda are rumored to be in the movie, so that is an interesting approach. There will be SHIELD in the movie for sure, and that is bad. I don’t hate SHIELD, but there unnecessary involvement really ruins the plot. But we will see what will happen once it comes out.

Spider-Man: No Way Home will be the first big release of MCU after Endgame and will mark a new era for them. So, the expectations are really high. I can see it happening. So, if we are getting Dr. Octopus as a part of the multiverse or something, it might work. But, other than that, I don’t see it working. What possible reason can you give for his resurrection? It is baffling my mind. I hope Jon Watts can explain it in some good way and prove all my doubts useless.

As a Spider-Man fan, who has grown up after watching Spider-Man movies and reading its comics I have high hopes for the movie. And no matter what happens I will make sure to catch on the biggest screen possible. 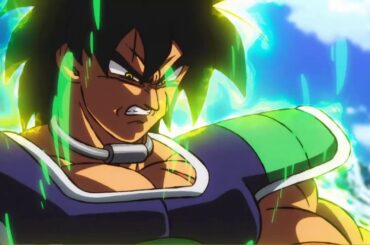