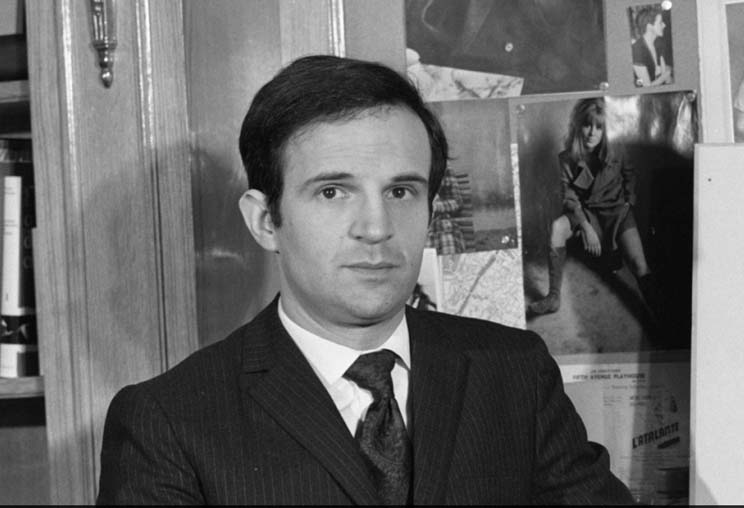 The transformation of Truffaut from a self-taught lover of literature and film to one of the greatest filmmakers the world has ever known may seem like a fairytale, but it actually happened with the publication of his debut film, the semi-autobiographical “The 400 Blows“. He first gained notoriety while working as a critic for Cahiers du Cinema, where one of his articles, a harsh and disparaging analysis of the staleness of the works of eight French directors of the time, was so widely discussed that he was able to secure a regular position at a larger magazine. He had helmed 25 movies before his untimely death. The top 10 Truffaut movies are listed below.

The fourteen-year-old at-risk child, Antoine Doinel, feels like a stranger in his own home. Since his absentminded, moody, and emotionally unavailable parents. The unmotherly Gilberte and the distant stepfather, Julien—are frequently absent from their claustrophobic Parisian apartment. Antoine, who is misunderstood, unhappy, and scared to tell his parents the truth, can’t wait to grow up. He is frantically looking for methods to get away from the oppression he experiences at home and school and become independent. His childlike innocence causes him to commit little crimes to fund his aspirations of independence. But he soon gets discovered and is placed in an observation centre with other troublesome youths. Until others decide what to do with him. The young child calls out for attention and merely wants to view the ocean for the first time. Even though Antoine is aware that he is on his own.

The dedicated French director and François Truffaut’s alter ego, Ferrand, struggles to produce the all-star melodrama Je Vous Présente Paméla on location in Nice’s Victorine Studios. The script is uncomplicated: Unexpectedly, a newlywed wife develops a deep affection for her father-in-law, and problems result. However, the grandiose endeavour appears doomed from the start. As Ferrand struggles to deal with a wide range of professional and personal issues. Now, with the Sword of Damocles hanging over his head at all times, Ferrand must reconcile neurotic, sensitive, or insecure players on the point of a nervous breakdown. Also, surmount increasingly tough technical challenges. Passions, fancies, and character defects continue to hinder the production in this dynamic, frantic microcosm of the film industry.

Also Read :  5 Films to watch if you love Joaquin Phoenix

Paris, 1912. Two close friends, Jim, a respectable ladies’ man from France, and timid German Jules. They live an unclouded, happy existence among the impending World War I. But following an accidental encounter with Catherine, an exuberant and free-spirited Frenchwoman, things will take an unexpected turn. The two companions will soon find themselves at love’s command, unable to resist her flawless seduction. Hence, faced with the inexplicable manifestations of fate. The lives of the closest friends are now governed by Catherine’s key characteristics. Including her ambivalence about Jules and Jim as well as her erratic mood swings whenever she feels mistreated.

Teachers and parents in the town of Thiers in the summer of 1976 impart knowledge, affection, and care on their little charges. A single mother wishes to meet Mr. A teacher has had his first child. Right, Patrick, a young man without a mother who is just learning about the other sex, receives a call from another mother. Patrick becomes friends with Julien, a new pupil who has a dreadful secret and lives in poverty with his mother. Bruno demonstrates how to approach women to his friends. Sylvie organises a clever demonstration against her parents. Friends receive a haircut from brothers. Unharmed after falling from a window is a toddler. Everyone visits the theatre. Patrick notices Martine at camp. “Life is hard, but it’s lovely,” a teacher says.

Two years have passed since the Nazis began their conquest of Northern France, and Marion Steiner, the modest main actress and Jewish owner of Théâtre Montmartre, Lucas, is battling to keep the theatre running and, most importantly, viable. Marion has a lot on her plate with her husband rumoured to have left Paris, especially with the group preparing to perform the critically acclaimed play “The Disappearance.” When Marion chooses Bernard Granger, a talented young actor of the Grand Guignol, to play her new male lead, unexpected issues occur against a backdrop of terror, poverty, censorship, and anti-Semitic persecution. And to make matters worse, Daxiat, a vile drama critic and collaborator with the Nazis, wants to out all the Jews who are still employed by the Comédie-Française.

Julien Vercel, a real estate businessman, is the main suspect in the killings after his wife and her lover are discovered dead. Julien asks his dependable secretary, Barbara, to look into the matter so he won’t face a lengthy prison term. In order to fulfil her new duties as a private detective, Barbara, who has long been secretly in love with her employer, puts all of her effort into it. She soon uncovers some startling information regarding Vercel’s wife.

Antoine Doinel meets his ex-girlfriend Christine Darbon after being kicked out of the army for disobeying orders. Christine’s father helps him secure a temporary position as a hotel night watchman. Antoine gets dismissed the following morning after being tricked by a private investigator after his first night shift. The clumsy Antoine is invited to work for the investigator’s firm, where he is given several menial tasks to complete until he needs to look into why Mr. Georges Tabard, the owner of a shoe business, is hated by his staff. Antoine develops feelings for the stunning Mrs. Fabienne Tabard in the meantime.

Also Read :  Films To Watch If You Liked 'Band Of Brothers'

After “Baisers Volés,” Christine Darbon and Antoine Doinel get married. Christine is pregnant and teaches violin lessons privately, while Antoine works with flowers. When Christine is about to give birth to a child, Antoine decides to look for a new career. Thanks to a misinterpretation of his boss, he is successful. He meets Kyoko, a Japanese woman, in a business setting, and the two get involved. Antoine and Christine part ways after Christine unintentionally learns that he has a lover. But later they start missing one another and understand that they really are in love.

Poppy Moore, a Malibu brat, has shamelessly pushed her wealthy, frequently absent father Gerry ever since her mother died. She is sent to Abbey Mount, the historic English boarding school for females where her mother educated herself after he runs out of tolerance. Most of her roommates, including Harriet, the dominant lacrosse team captain, and Mrs. Kingsley, the school’s principal, become her enemies on her first day. She chooses to misbehave and take the blame for everyone until she is fired since she cannot accept the tight regime. She finds only Kingsley’s handsome son Freddie to be attractive about the school. Everything changes when the ambitious, prim Harriet allows the rambunctious Poppy to have the fantasy prince’s favour.

1863 in Halifax. Miss Lewly, a young woman who is infatuated with Lt. Pinson, travels to Halifax in quest of him. She is actually Adèle Hugo, the elder child of the eminent French author and statesman. She learns it is hopeless when Lt. Pinson refuses to respond to her affection. But she continues to pursue and annoy him as her obsession increases. The real-life diary of Adèle Hugo served as the inspiration for this movie about passionate yet obsessional love and self-destruction.