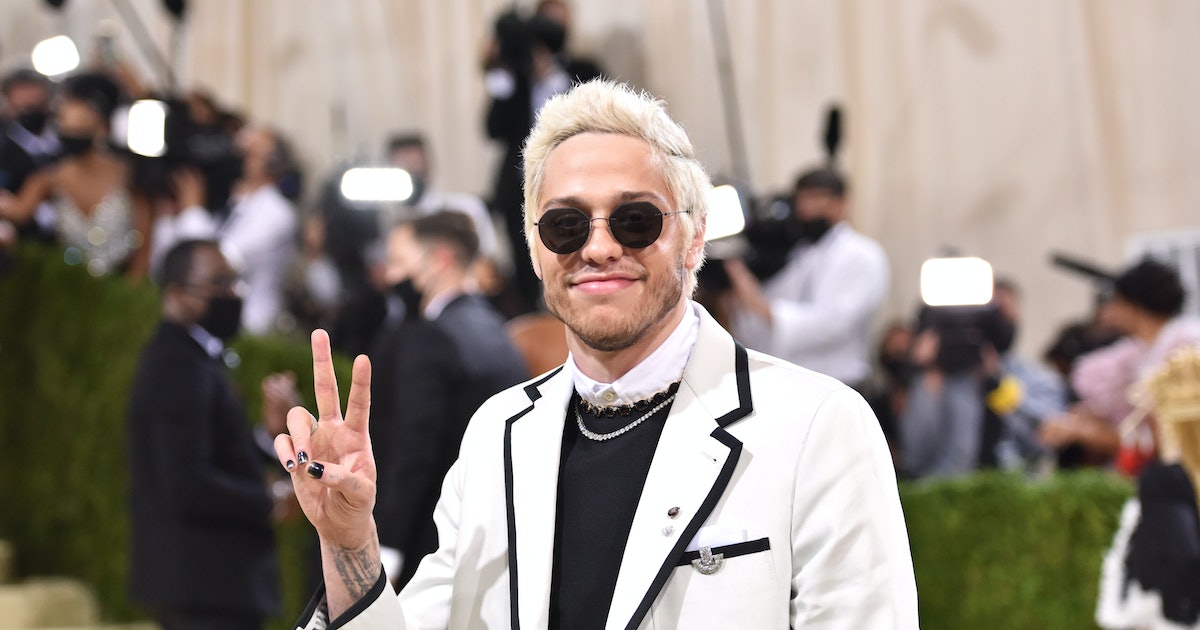 It’s obvious that Pete Davidson is refocusing his creative efforts on the big screen after the comedian recently announced his resignation from Saturday Night Live. He is having a great time right now. At this point in his acting career, he has been in about a dozen films, and IMDb listed his top performances to date. Look them up below.

A fresh group of Belle Reve’s meta-humans make a deal with Task Force X’s cold-blooded leader, Amanda Waller, in exchange for reduced sentences, much like the anti-hero team in Suicide Squad (2016). This time, she sets out to find the Thinker, the villainous scientist in charge of the enigmatic Project Starfish, with the help of her motley crew of super-powered criminals, including Harley Quinn, Bloodsport, Peacemaker, King Shark, Polka-Dot Man, and Ratcatcher 2. But as the band teams up with a former team captain, humanity is in danger of going extinct.

The melancholy 24-year-old drifter Scott Carlin is going nowhere fast and is plagued with horrific memories, but he still hasn’t accepted the death of his valiant father, a firefighter who gave his life in the line of duty. The only thing Scott wants out of life is to become a tattoo artist. He shares a home with his hardworking nursing mother Margie in Staten Island, New York, where he lives for today. When his mother finally starts dating Ray, a moustachioed single parent who, like his deceased father, works as a fireman, after courting her for seventeen long years, things take an unexpected turn.

THE DIRT is an unvarnished tale of sex, drugs, rock ‘n’ roll, celebrity, and the heavy cost of excess that is based on Mötley Crüe’s 2001 best-selling autobiography. The film’s director, Jeff Tremaine, explains how Mötley Crüe went from the Sunset Strip to the global stage and what it needed to become the most infamous rock band in history.

Mo, who is 16 years old, looks up to Zeke, a much older child who serves as Mo’s absent brother. Even after their relationship ended, Zeke and Mo continued to hang out, taking late-night drives, drinking beer, and just hanging out at Zeke’s house. Zeke once dated Mo’s older sister. This friendship initially doesn’t seem like a significant deal. However, Mo’s relatives and friends soon begin to wonder whether their relationship is healthy. Mo spends so much time with Zeke that he is unable to interact with children of his own age. Zeke’s dropout status, lack of desire, and the copious amounts of alcohol and drugs strewn about his house are other factors.

After dating for 18 months, Noah splits up with Emma, and six years later, Anne splits up with Peter. Noah and Anne have both discovered new SOs. Peter, a VP on the eleventh level, and Emma, a receptionist on the fourteenth, discover one another crying in the stairs. After giving each other support, they decide to work together to break up their ex-partners’ new relationships. Peter develops a closeness to Noah while Emma develops a closeness to Anne’s new boyfriend as they follow their ex-lovers online.

Also Read :  Films About Implications Of Wars On Children

Two parallel tales that soon come together in the story’s first act. Harper, an overworked personal assistant to her narcissistic boss Kirsten, meets personal assistant Charlie and his boss Rick by coincidence. After moaning about their miserable situation, they make the decision to try to make their lives simpler by pairing up their employers. Harper and Charlie gradually start to develop feelings for one another as the young assistants “parent trap” their bosses, and what follows is a tale in which they discover how to defend themselves from their harsh, bullying superiors.

In Angry Birds (2016), Red, the perpetually grumpy local hero, saved Bird Island from an all-out invasion of green pigs, but he still has to fight Pig Island. Large freezing projectiles originating from the feathered tyrant Zeta’s ice-capped Eagle Island threaten the security of both havens during the ongoing war between pigs and birds, unless Red and King Leonard agree to form a challenging but sincere truce. To stop Zeta’s audacious plans to rule the globe, Red, Bomb, Mighty Eagle, Chuck, and his clever sister Silver must band together with Leonard’s formidable porcine squad.

Amy’s rascal of a father has been instilling the idea that monogamy is unfeasible in her mind ever since she was a little child. Now a magazine writer, Amy lives by that tenet, taking advantage of what she perceives as an unrestrained existence devoid of suffocating, dull love commitment. However, in reality, she’s kind of stuck in a rut. Amy begins to question if other adults, including this guy who truly seems to like her, might be onto something as she finds herself beginning to fall for the subject of the new piece she’s writing, an attractive and successful sports doctor called Aaron Conners.

Sports agent Ali Davis is left wondering what extra woman needs to do to thrive in a business dominated by men after being denied a promotion that she deserved. Ali drinks a strange mixture that gives her the ability to instantly hear what guys are thinking in the hopes of receiving answers from a psychic. While rushing to sign the next basketball great, Ali begins to use her newfound talent to get the better of her annoying male coworkers.

In this remake of the 1970s French film Balls, John Turturro portrays the macho bowler Jesus Quintana. A term that describes both his sport and what he and his friend have going for them. A group of misfits whose sexually charged, irreverent dynamic develops into an unexpected love tale as their impulsive and carefree attitude toward the past or future backfires repeatedly. Even as they unintentionally carry out good deeds. Their trip becomes one of perpetual evasion from the police, from society, and from the gun-toting hairdresser. As a result of their friendship with the latter, even as the ties of their outsider family tighten.