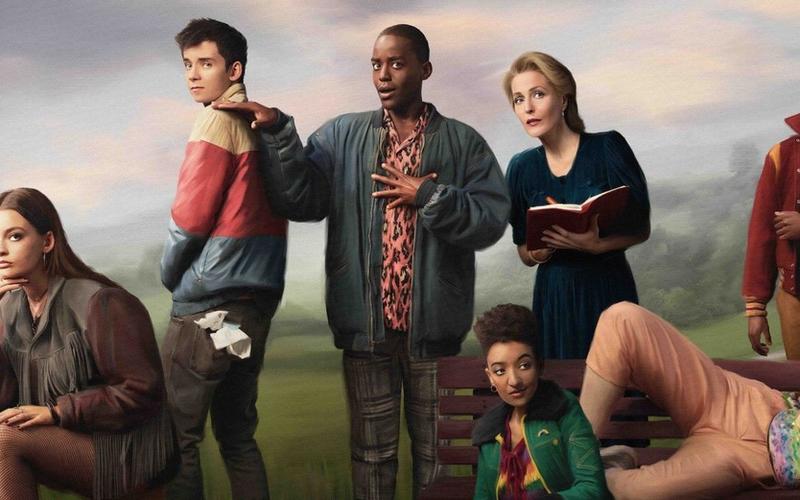 Get ready for another year at Moordale High School!!

TUDUM fan fest have been an amazing fanservice for all the fans. We covered three new shows that were announced by Netflix yesterday, And now we are covering another show that has been renewed for another season.

We are talking about one of the biggest shows on Netflix right now. Netflix announced the renewal of Sex Education for fourth season in their latest TUDUM event. And we can’t keep calm.

The renewal of Sex Education for fourth season was one of the first thing that was announced in the TUDUM event. We waited this long just so we can give you as much information as possible.

As of now we have no idea regarding this. As the announcement only included the return of Sex Education for fourth season and nothing else. Obviously, the release date announcement will take time as the third season just wrapped up and it will take time to start production for next season.

We can expect a release date to be announced in coming months. According to us, Sex Education season 4 might get released in September of 2022, like the third season. Or it can release in January of 2023 like the first two. We will update you as soon as we will get some information.

We have no idea regarding the plot of the fourth season. But here are some questions that might be answered in Season 4.

At the near end of the final episode, we saw that all the sponsors of Moordale have revoked their contracts. Meaning they will not fund the school from now on. And it is bad news for Moordale High School, which was already on its last string.

So, Moordale will be shut down now. And there are no two ways to do it. All the students have to find study alternatives in the mid-semester only. Now, in the next season, we might see some students fighting for Moordale and some changing schools. It will be chaos once again no matter what.

Jakob is not the father?

So, Otis and Ola have a sister now!! And Jakob and Jean have resolved all of their issues to parent their own child. But, we think that Jakob might not be the father. And we are pretty sure about it.

Once again, the final episode brought another twist, when Jean got the paternity test results in the hospital. And when she opened the letter, it was obvious that Jakob is not the father of “Joy”

What About Otis And Maeve?

In the seventh episode, we saw Otis and Maeve finally getting back together after so many things. It was all good and happy and I was having a very good time.

But in the final episode, they went apart once again. This time, not because of a fight or anything. But, because Maeve wanted to pursue her education in Australia. And that is a very big opportunity for her.

Maeve did what was right for her. But what does that mean for Otis and Maeve? Are they over now. Well, I don’t think so. As Maeve said herself, “It’s not goodbye, It’s see you soon.”

I am sure they will be back together in the future. I mean, both of them love each other and they will surely wait for each other. And I really think they will try long-distance if that is possible.