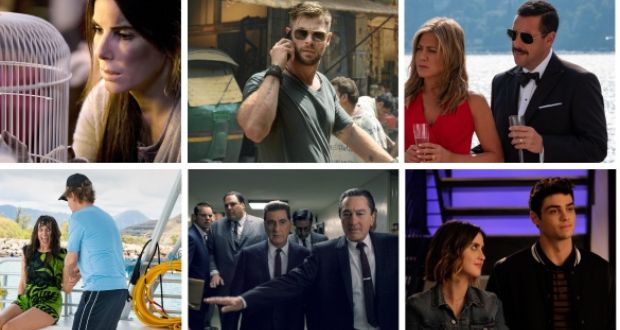 Today, Netflix is the most growing website. Starting with selling rental DVDs to now giving a digital platform to films, it has come a long way. Now thousands of films and TV series are available on Netflix. Along with it, it has millions of subscribers who consume this media every day. People from all continents of the world use Netflix the most.

With this fact, below are the films on Netflix which are the eyeball of the audience.

A young child becomes a pawn in a conflict between infamous drug lords in an underworld of weapons dealers and traffickers. Kidnapped inside one of the world’s most impregnable cities, his release necessitates the unrivaled expertise of a mercenary named Tyler Rake. But Rake is a damaged man with little to lose. He is holding a death wish that renders an already dangerous mission nearly impossible.

In the midst of a terrifying new reality in which an unknown malevolent entity is purging the world’s population, Malorie, a single mother, and her two children go on a life-threatening mission to find the final safe haven on Earth. However, in this perilous search, one’s eyesight is the actual adversary. Therefore, When the defenseless blindfolded protector musters the fortitude to follow a small ray of hope concealed deep in a riverside sanctuary, darkness may be the only thing that may save them. The laws of survival have now shifted.

After beating his nasty Captain Boylan, former police officer Spenser is sentenced to five years in prison in Boston. Captain Boylan and an honest police officer who was Spenser’s buddy are murdered on the day Spenser is released. Spenser decides to investigate and enlists the help of his roommate Hawk, who lives with him in their landlord’s and friend Henry’s home.

What is the most enjoyable aspect of death? It’s all about liberty. The ability to combat the evil that exists in our world. 6 Underground’s unidentified organization has decided to alter the course of history. The leader is an enigmatic figure known only as ‘One,’ whose main objective is to ensure that he and his teammates’ acts make an impact.

When an NYC cop (Adam Sandler) finally takes his wife (Jennifer Aniston) on a long-awaited European holiday, they are invited to an exclusive family reunion on the Super Yacht of elderly billionaire Malcolm Quince due to a chance meeting on the flight. They become major suspects in a modern-day whodunit when Quince is murdered.

For generations, a hidden gang of tight-knit mercenaries with a mysterious inability to die has fought to safeguard the mortal world, led by a warrior named Andy. When the team is in for an emergency operation and their remarkable talents are diclose, it’s up to Andy and Nile. They are the newest soldier to join their ranks, to help the gang neutralize the threat of those seeking to replicate and commercialize their power through any means possible.

The year is 1884, and the world is on the verge of change. Enola Holmes wakes up on her 16th birthday to discover that her mother is on a run. Leaving behind a bizarre collection of gifts. However, leaves no clear clue as to why she’s on the run. After a carefree upbringing, Enola is taken in by her brothers Sherlock and Mycroft, who are both intent on sending her to a finishing school for “decent” young girls. Enola flees to London in pursuit of her mother, refusing to follow their demands. However, her journey leads her into a mystery involving a young runaway Lord. She uncovers a conspiracy that threatens to change the course of history by outwitting her famous brother.

Also Read :  Marvel's Eternals Will Be Released In Halls Exclusively

On the streets of New Orleans, rumors start to circulate about a mysterious new pill that grants users skills that are unique to them. however, You have no idea what will happen until you take the risk. Others have a more lethal reaction, developing bulletproof skin, invisibility, and super strength. When the pill escalates crime in the city to dangerous levels, a local cop teams up with a teenage drug dealer and a former soldier with a secret grudge to fight power with power and risk-taking the pill in order to track down and stop the gang responsible for its creation.