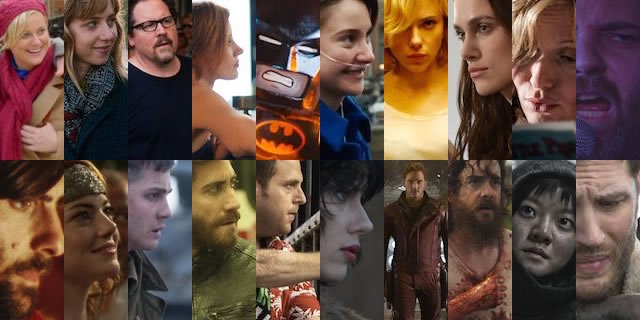 Most Underrated Films To Watch

We all watch films on a regular basis. Every year hundreds of films hit the theatres. Some of them are good, some of them are nice, some of them are best-film-of-the-year, however, there are some films which never get enough appreciation. Films like these get overshadowed by blockbuster films or by films that have “cinematic value” to them.

Therefore, to appreciate those films below is a list of some of the most underrated films ever made.

It’s Christmas break, and the sorority sisters are making holiday plans, but the mysterious anonymous phone calls are starting to worry them. When Clare goes missing, they notify the police, who are unconcerned. Meanwhile, Jess is considering having an abortion, but her boyfriend Peter is very opposed. When a 13-year-old girl is discovered dead in the park, the police become alarmed. They installed a wiretap at the sorority house, but will they be able to prevent a sorority female attrition problem in time?

Dennis Nash, a hardworking single parent, and his mother are evicted from their house. Nash goes to work for Rick Carver, a wealthy and nasty businessman who confiscated Nash’s home, desperate to get his house back. Nash must evict folks from their houses under Carver’s orders, in exchange for a life of money and splendor.

3. Seeking A Friend For The End Of The World

Dodge Petersen, who is alone, sad, and has been dumped by his wife. He now has another problem to deal with. A gigantic asteroid would destroy all life on Earth in less than three weeks. Against the backdrop of rising violence and rampant anarchy, Dodge strikes a mutually beneficial deal with his British next-door neighbor, Penny. She is eager to assist him in reconnecting with his old high school flame. Meanwhile, she trying to reunite with her family in England. Now, on the verge of Armageddon, two desperate travelers find themselves chasing an illusion in their final days on our planet. However, there isn’t enough time in the day for love.

Anna is a young postulate from Poland in 1962, who grew up in a convent orphanage and has little knowledge of the outside world. Mother Superior tells her that she has an aunt, her mother’s sister, whom she should pay a visit to before taking her final vows. Wanda, her aunt, reveals that she is Jewish and expresses surprise that the nuns were never aware of her background. They go out together to find out what happened to Anna’s parents during the war and where they might be buried – a journey that has a tremendous impact on both of them.

Needy Lesnicki, a nerdy, reticent bookworm, and Jennifer Check, an arrogant, pompous cheerleader, are best friends. Despite having little in common. Jennifer inexplicably develops a taste for human blood following a devastating fire at a neighborhood club. They start to have even less in common. Needy must unravel the truth behind her friend’s metamorphosis and find a means to stop the bloodthirsty rampage before it reaches her boyfriend Chip.