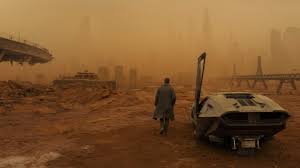 Most Epic Dystopian Films To Watch

At the moment, disaster movies and end-of-the-world scenarios are extremely popular. From the humorous Don’t Look Up to the grippingly scary Birdbox to the slow-burning, apocalyptic I Think We’re Alone Now, the last few years have been full of fantastic parallel universes (2018). But what about good ol’ dystopian fiction? Those futures that may or may not come to pass. Futures that are truly terrifying and oppressive, with no hope and just misery. We, too, adore them for some reason. The following are some of cinema’s most epic dystopian films.

Winston Smith is a humble Ministry of Truth official yearning for independence. He musters the fortitude to jot out his unsaid desires in his small private diary. Serving quietly at the pleasure of Oceania’s bleak, authoritarian hyper-state, Smith is well aware that the English Socialist Party’s supreme leader. The almighty Big Brother, is watching his every move, threatening to enslave the already scared population. Julia, another equally seditious party member, crosses paths with Winston in such dreadful circumstances. As the totalitarian government’s suffocating stranglehold tightens—and a perilous clandestine affair begins. There is no turning back now, and the illegal couple will have to pay the price for their heinous crimes against the tyrannical state sooner or later.

The authoritarian future is now complete and among us, with this dystopian society ravaged by conflict, paranoia, and Man’s frustrations. Man is unable to reproduce as female fertility declines. No kid has been born on the planet for eighteen years. Mankind is perishing, as is his future. He’ll be gone in a flash. Unwittingly, Theo, the battered, dejected, and middle-aged ex-political activist, would become embroiled in an underground uprising war. He’s back in action, this time on a risky journey through England’s home counties with a young girl named Kee. She’s pregnant, much to Theo’s surprise. For almost eighteen years, this is the first pregnant woman. This information must be kept secret at all costs, and mother and child must flee across the seas to the strange and enigmatic Human Project.

A man named Thomas Anderson (commonly known as Neo) leads an unremarkable existence in the year 1999. He sits alone at home by his monitor, a software techie by day and a computer hacker by night, waiting for a sign, a signal – from what or whom he doesn’t know. Until one night, a mysterious woman named Trinity seeks him out and introduces him to Morpheus. The faceless character he has been waiting for. Morpheus, a sort of messiah, reveals the truth about Neo’s reality by revealing the dark secrets that have plagued him for so long.

Japan is on the verge of collapse at the turn of the millennium. Unemployment is at an all-time high, and adolescent violence has spiralled out of hand. A desperate and near-defeated administration decides to propose a radical new law, the Battle Royale Act, in response to pupils skipping lessons and physically attacking their teachers. Kitano’s randomly selected school class is taken to a barren island and forced to battle to the death, with only one child allowed to survive, under the supervision of their previous teacher.

A young physics professor, Alexander Hartdegen decides to develop a time machine to change the past after his fiancée is murdered. After returning to the past and seeing that his attempt to save her life was unsuccessful, the professor chooses to journey into the future to seek answers. He finds himself in the year 2037, enthralled by technology but narrowly avoids destruction of the moon due to futuristic settlement. Alexander accidently travels 800,000 years into the future after falling into his time machine. He discovers that the world is divided into castes and decides to utilise his machine and mankind to restore order.

Fahrenheit 451 (the temperature at which paper burns) is set in an authoritarian America where books are outlawed and firefighters instead burn books rather than putting out flames. Guy Montag is a firefighter who accidentally discovers an underground movement. He gets disillusioned with literary censorship, which blames all of the world’s woes on literature, yet the true issue is always fighting back.

James Cole, a delusional inmate in a 1990 mental facility, claims to be a time traveller from the distant year 2035, and feels obliged to complete his essential mission: to save the planet from a terrible viral agent capable of annihilating billions. However, when Cole’s psychiatrist, Dr. Kathryn Railly, begins to suspect that there is more to him than meets the eye, a fateful encounter with another inmate—the insane Jeffrey Goines—will set in motion a chain of inexplicable events that will straddle the past and present, sanity and insanity. All signs now lead to the Army of the Twelve Monkeys, a far-right activist group.

Max Rockatansky, a former patrolman, finds himself wandering the empty highways of an energy-starved dystopian Australia after eradicating the Night Rider’s followers in Mad Max (1979), scavenging for food and scarce petrol. Max comes to a small oil refinery in the burned wilderness, but it is under siege by Lord Humungus’ barbarian horde of biker warriors, hell-bent on devastation and mayhem. Now, in order to obtain as much gasoline as possible, “Mad” Max will have to give the defenceless village with a powerful truck to deliver the fuel to safety; however, this is easier said than done.

We hope this article helps you find the film that best suits you – whether it’s one of the films we’ve suggested or another one entirely. With so many different dystopian films out there, you’re sure to find something that strikes a chord with your sensibilities.