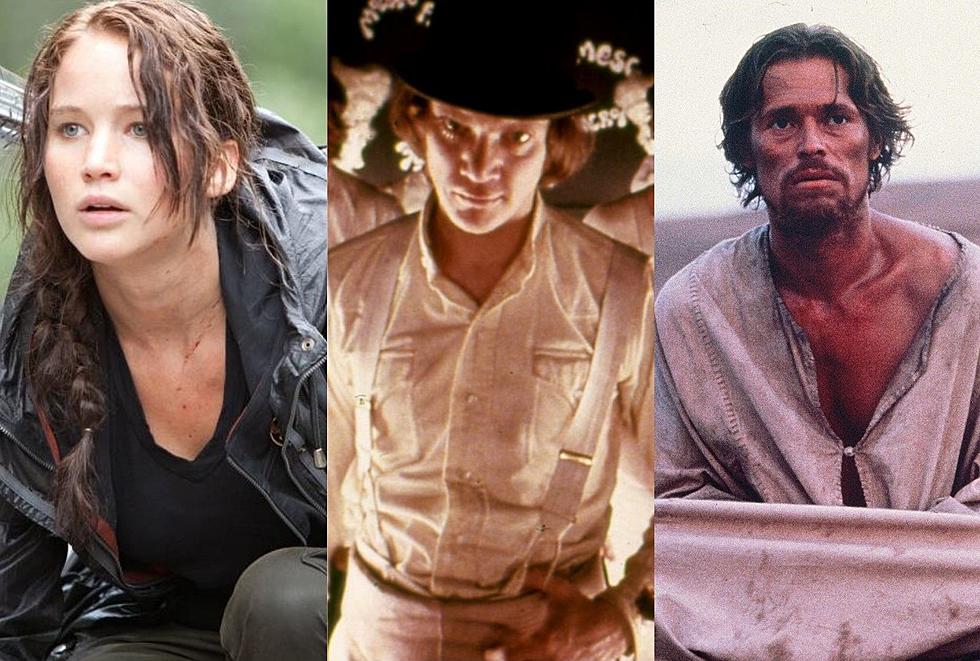 Films were once frequently prohibited and added to the “video nasty” list, though this does not happen as frequently now. Extreme violence, sexual content, and political issues were frequently present in these films. Every nation has its own list of prohibited movies, the majority of which were later lifted as artistic expression in movies gained wider acceptance. The mind-blowing movies that were literally banned worldwide are listed here.

Against the Imperial authorities, the Russian people as a whole feel like revolution is necessary. The crew of the Potemkin battleship gets delay to experience this emotion. The crew soon rebels against their Imperial-ruled leaders. Though, because of what they perceive to be the subpar conditions on board. Specifically the provision of maggot-infested rotting meat as their sustenance. An argument between the officers and crew results from this small internal revolution. While the Potemkin is sailing into port, word of the outcome of this confrontation spreads around Odessa. Odessa residents want to assist their brothers on board. Thus the battle on board the Potemkin spills out onto the city’s streets. Due to this circumstance, the Imperial army takes additional measures against both the Potemkin crew and the Russian citizens in Odessa.

Governments disapproves of Battleship Potemkin because of its ostensibly anti-war message when it got release in the interim between the two World Wars. Because they believed it would convey the same message to their citizenry, France and the UK both outlawed the film.

Jesus of Nazareth is a carpenter who gets plague by demon temptations. He guilt over building crosses for the Romans, compassion for people and the world. Along with the ongoing call of God, sets out to discover what God desires for Him. The biggest temptation, however, is the typical life of a nice man, which He must overcome as His mission approaches completion. Based on the same-titled book by Nikos Kazantzakis, not the Gospels.

Jesus experiences lust and fantasises about having sex. Because of this, the film was widely condemn by religious organisations, and Jesus got associate with sexual activity.

When a routine interview with the mysterious bachelor and telecoms magnate Christian Grey opens the door to an unusual relationship, Anastasia Steele. She is a sensitive and unguileless English student, finds herself giving in to an overwhelming power. Grey makes an unexpected offer, though. Thus, they come to an unorthodox deal that will entice the hopelessly passionate woman into Grey’s secretive world. Christian is now slowly luring Anastasia into a sensuous reality. Hence, encouraging her to embrace the cathartic sense of difference and to push herself to the brink with unbridled passion. Christian’s damaged heart is what Anastasia most wants to repair, yet there are no safe words for love’s salty wounds.

The movie drew criticism for having a stronger emphasis on sexual activity than PG-rated romance. As a result of complaints about the film’s sexual nature and charges that it verge on pornography, it got outlaw in a number of countries, including Indonesia, Kenya, and Cambodia.

Alex DeLarge is the leader of an anarchic quartet of thugs and a fan of Ludwig van Beethoven. He has been sentenced to fourteen years in prison after leading an unfettered life of sex, violence, and murder in the seedy streets of futuristic Britain. He is about to receive a dose of his own medicine. By participating in the government’s experimental de-conditioning programme, which claims to wash one’s damaging anti-social inclinations out of his mind. The once-swaggering juvenile delinquent has the opportunity to win his freedom after serving two arduous years in prison. But occasionally, a disease’s treatment can be worse than its cause.

The movie was outlawed in numerous nations for decades due to its explicit material and depictions of sexual violence. The movie led to threats on Kubrick and his family’s lives. He ordered the film to be taken out of UK theatres as a result, and it was difficult to find until 1999, the year of his passing.

Four kids who watch the Canadian “R”-rated “Terrance and Phillip Movie” create a complete ruckus in the tranquil community of South Park. When they watch this, “their fragile young minds are warped” by the foul words. The vulgar language quickly gets out of control as all the kids start watching it. It is up to Carl, Cartman, Stan, and Kenny to stop Terrance and Phillip from being killed. In order to stop Satan and Saddam Hussein from dominating the world after their mothers eventually agree to kill them.

A Guinness World Record for “Most Swearing in an Animated Movie” was given to the movie. The film was outlawed in a number of nations in Asia and the Middle East due to its concentration on profanity and depiction of Saddam Hussein as Satan’s homosexual lover, which infuriated various censor boards.

Marjane “Marji” Satrapi observes events in Iran in the 1970s through the eyes of a young child and the optimistic perspective of her family. As they see the long-awaited defeat of the despised Shah in the Iranian Revolution of 1979. Marji, however, sees firsthand as she gets older how the new Iran, now governed by Islamic fanatics. It has developed into an oppressive tyrant unto itself. Her parents send Marji to Vienna, Austria, to study so that she can have a better life.

Despite her perilous refusal to keep quiet about this injustice. The young woman finds herself in a new culture with abrasive individuals and significant disappointments that severely disturb her. Thus, this adjustment proves to be an equally difficult task. Marji must make a decision about where she genuinely belongs even after she goes home. Since she discovers that both she and her own country have changed too much.

The film was condemned by the Iranian government for its inaccurate representation of the Islamic revolution, and it was also outlawed in Lebanon. Even after receiving an Academy Award nomination, this prohibition was ultimately lifted as a result of concerns from political parties.

After the Green Day stage sank during a rock and roll concert in Springfield, Lisa persuades the locals to clean up the contaminated Lake Springfield. In the meantime, Homer adopts a pig that was about to be slaughtered at Krusty Burger and names it Spider Pig. After two days, Spider Pig excretes enough to fill a silo, which Homer then throws into the lake, contaminating it. The Simpsons are compelled to relocate to Alaska by the outraged locals. Meanwhile, the EPA advisor to the foolish president Arnold Schwarzenegger persuades him to build a dome over Springfield to house the populace and demolish the city. Homer is not sure that they should go back to Springfield to save their community and friends when Marge tells him they must when she watches the news on television.

The main plot of the film, which is structured like an extended episode, is on the family’s efforts to prevent a government agency from destroying Springfield.

Unquestionably at the top of his game is runway star Derek Zoolander, the undisputed winner of three consecutive Male Model of the Year awards. And then the worst happens. Disillusioned veteran Derek is asked to model for flamboyant fashion entrepreneur Mugatu’s new “Derelicte” collection while still carrying the sour taste of failure in his mouth. However, as a result of this approach, Derek becomes embroiled in a complex and dangerous assassination plan. Now that a well-planned multinational conspiracy has been uncovered, Derek must use his outstanding skill set to halt it with the aid of supermodel Hansel and a few allies in order to make the world a better place for all models.

In order to avoid upsetting their neighbouring countries, Malaysia banned Zoolander as well as Singapore until 2006. In fact, Micronesia is mentioned instead of Malaysia whenever it is mentioned in the Asian version of the movie.

Dr. Robert Langdon, a renowned American expert in religious symbolism, arrived in the Louvre after being called by the French F.B.I., headed by Captain Bezu Fache, to meet with them. However, he soon learned that he was the prime suspect in the death of the historian he was supposed to meet. Langdon is tasked with cracking a series of complex codes and puzzles with the help of Sophie, a French cryptographer and government spy. They are racing Fache’s lawmen through the Louvre, the streets of Paris, and eventually over the English Channel as they try to catch up with them.

Due to allegations of blasphemy, The Da Vinci Code was outright outlawed in nations like Pakistan, Egypt, Samoa, and Sri Lanka.

Sally enlists the help of her boyfriend Jerry, her brother Franklyn, her friends Pam and Kirk, and others after she learns that vandals had destroyed a cemetery where her grandfather is interred. The travellers pick up a sketchy hitchhiker who slashes Franklyn and cuts himself as they are on their way to the grandfather’s abandoned farm. Kirk hears a generator and thinks he can locate some gasoline, so Kirk and Pam look for an old swimming hole after arriving at the farm. In search of the owner, he goes inside the home. The hitchhiker and Leatherface, who has some gifts for the travellers including sledgehammers, chainsaws, and various knives, unfortunately live here.

One of mind-blowing movie due to graphic violence, classification was first denied in Australia and the UK. However, subsequent resubmissions were approved with a R rating.