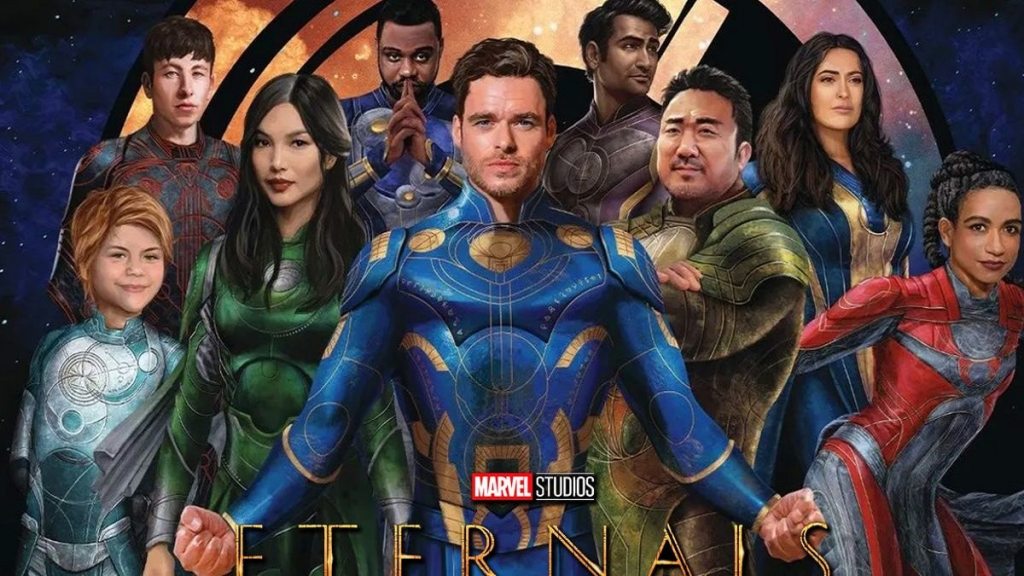 Marvel Eternals Final Trailer: It Will Be More Epic Than We Expect It To Be

Marvel Eternals Final Trailer, We will finally get to know why Eternals didn’t fight against Thanos now!!

Marvel Eternals Final Trailer, Marvel Studios just released the final trailer of their upcoming movie Eternals. And it looked absolutely phenomenal and I am not even exaggerating. Marvel Eternals has all the momentum in the world and it can easily become the best Marvel Cinematic Universe movie. And I am really looking forward to this movie. I don’t know what was the last time I felt like this for a Marvel movie.

The latest trailer showcased Eternals powers, the usual MCU humor, and how beautiful this movie looks. Not going to lie, it doesn’t feel like a Marvel movie if you ask me. It is so aesthetically pleasing and looks so beautiful.

Also Read :  The Witcher: Nightmare of the Wolf Trailer: This Is Vesemir's Journey

Eternals are the oldest superhero of Marvel Universe. But they have never interfered with any of the disasters. They have guided humanity for thousands of years now and nourished them. But they haven’t interfered any time. Until now. When humanity will face a threat that is bigger than ever.

And this time around we will also get the answer to why Eternals didn’t help the humans when Thanos attacked. And that was the thing that bugged me so much when the last trailer came out.

The movie is all set to hit the theaters on November 5, 2021. The movie has been greenlit for a theater release. So, it will be one hell of an experience watching this movie on the biggest screen. It will come on Disney+ sometime after release.

The movie is star-studded and that is an understatement. The movie will feature Angelina Jolie as Thena, Salma Hayek as Ajak, Gemma Chan as Sersi, Richard Madden as Ikaris, Kit Harington as Dane Whitman, Kumail Nanjiani as Kingo, Brian Tyree Henry as Phastos, Barry Keoghan as Druig, Lauren Ridloff as Makkari, Ma Dong-Seok as Gilgamesh, and Lia McHugh as Sprite. Other cast members are Brenda Lorena Garcia, Harish Patel, Lucia Efstathiou, Sebastian Senior, and Chloe Stannage.

Chloe Zhao is directing the movie. She has just won an Oscar for her movie Nomadland. She is a directing genius and I am excited about it. Chloé Zhao, Jack Kirby, Ryan Firpo, and Kaz Firpo are writing the movie. Mitchell Bell, Kevin Feige, and Nate Moore are producing the movie. Ramin Djawadi is in charge of the music. And if you ask me the music in the trailer was outstanding.

Marvel Eternals: What To Expect?

I honestly don’t know what to expect from this movie. It is a new realm for both Marvel Cinematic Universe and our fans. It can be the greatest thing Marvel has ever done. One thing for sure is that “Eternals” will be an aesthetically pleasing movie. Another thing is that it doesn’t feel like a Marvel movie in any way. It feels like this movie will be based on storytelling rather than unwanted action and I need that from Marvel so bad.