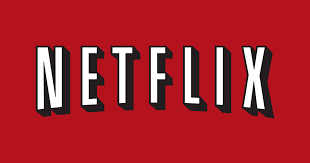 Lesser-Known Films On Netflix To Watch

Below are some lesser-known films on Netflix to watch right now.

Howard Ratner is a gemstone dealer and gambling addict in New York City’s turbulent and corrupt diamond business. He owes money to practically everyone, including his brother-in-law Arno. Howard, a serial adulterer, incorrigible gambler, and all-around scam artist, believes he’ll finally be able to get out of his bind. When he gets his hands on a chunk of rare Ethiopian black opal, which will let him pay off his mounting debts. Kevin Garnett, the star Boston Celtics player, has already taken a shine to the priceless uncut stone.

The Magic Castle, a garishly painted derelict motel in the shadow of Walt Disney World’s Magic Kingdom, is the unpleasant world of Halley. She is a struggling ex-stripper single mother, and her feisty six-year-old daughter, Moonee, calls home. However, while this area is a magical playground of unlimited adventure and a perfect utopia tucked inside innocence’s protecting bubble in the eyes of the naughty girl, the illusion of a carefree life comes at a steep price. As young Halley takes more dangerous risks to make ends meet. Over the course of a single summer, childhood’s wide-eyed moments of awe are juxtaposed with youth’s irresponsible misdeeds and an unavoidable harsh confrontation.

Justine, a college freshman and the daughter of a UN lawyer, accompanies Alejandro, a passionate and gorgeous activist. On the way to a long expedition to the Amazon to oppose the widespread oppression of indigenous Peruvian communities by rapacious international logging companies. The rainforest supporters, on the other hand, will be marooned in an isolated region of the impenetrable ancient jungle. The home of a bloodthirsty clan of cannibals, after a catastrophic malfunction in the plane’s engine on its way home. Justine and the other survivors have no way of communicating, are wounded. They are at the mercy of the scary man-eaters. All they can do is pray for a fast death.

Catherine and David, a doctor and a professor appear to be the ideal match at first glance. They look to have a perfect life, happily married with a talented teenage son. Catherine’s long-simmering suspicions are confirmed when David misses a trip and his surprise birthday celebration. She hires an escort to entice her husband and test his commitment, suspecting cheating. Catherine finds herself managing Chloe’s meetings with David, and Chloe’s part of the bargain is to report back, with the descriptions becoming more vivid as the meetings go.

Clare, an Australian photojournalist, meets Andi, a flamboyant local man, while on vacation in Berlin, and the two instantly fall in love. A passionate night ensues. When Clare wakes up the next morning to find Andi has gone to work and locked her in his apartment, what appeared to be the beginnings of a romance takes an unexpected and terrible turn. Of course, it’s an easy mistake to make, but Andi has no intention of letting her go. Ever.

Also Read :  Films To Watch If You Like 'The Hand Of God' On Netflix