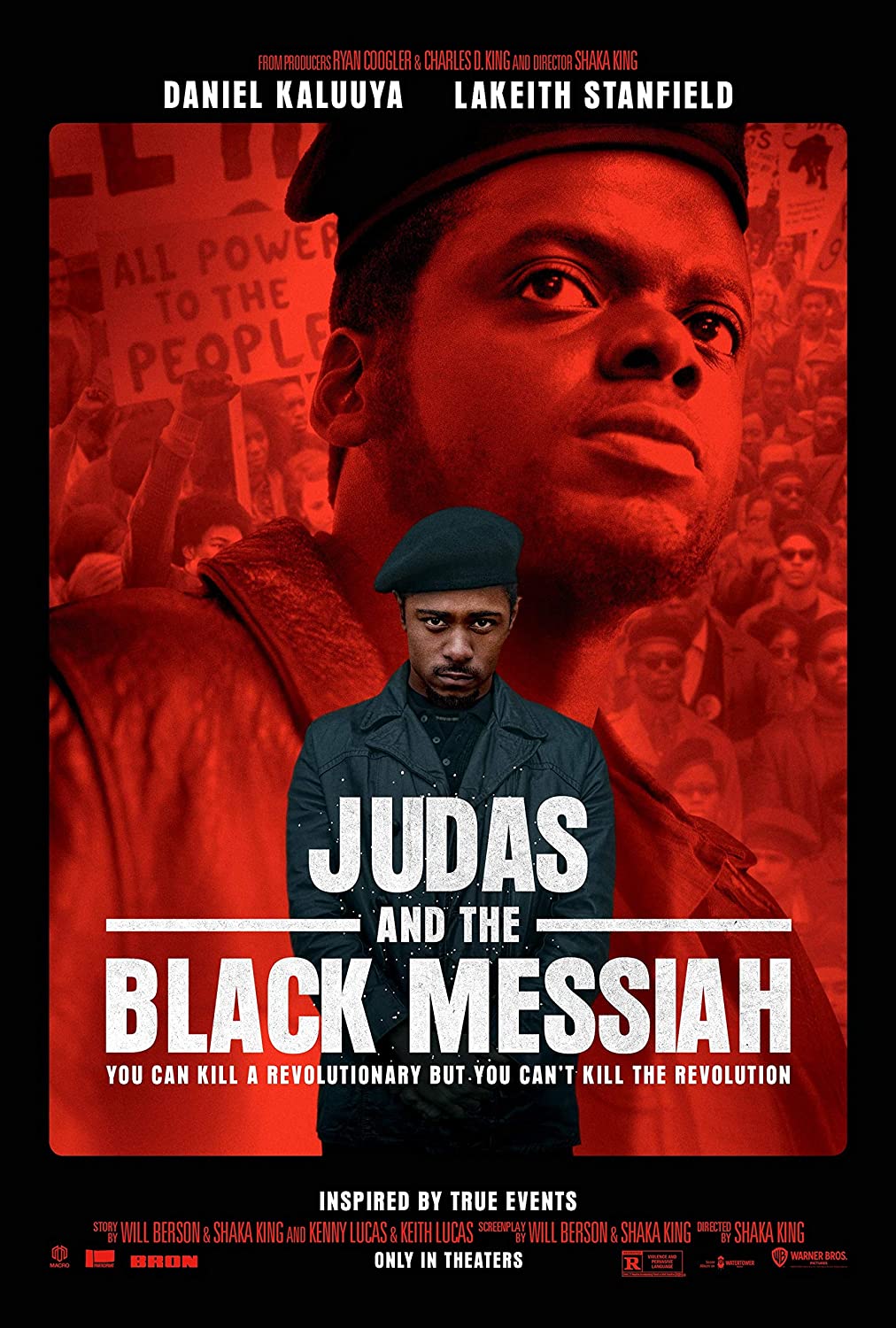 Film: Judas and the Black Messiah

Judas and the Black Messiah is based in the 60’s era when the Illinois chapter of the Black Panther party ignited a revolutionary wave under the leadership of Chairman Fred Hampton.

The film is about the greatest betrayal that went under the nose of Hampton which ultimately led to his death. Bill O’Neal had signed a deal with the FBI to spy on Chairman Hampton in return for clearance of all criminal charges against him. The interesting part of the story is how it co-relates with the story about the betrayal of Judas. Hampton had the mettle to unify all of Chicago to his cause which was to empower the African-Americans. The film dives into the story with the deal between O’Neal and the FBI. The fire of the revolution rises on the shoulders of Hampton who even has to go to jail framed under an ice-cream theft. Things go out of hand as he leaves O’Neal in charge of the party. Ultimately, the cops have to release him but they order O’Neal to poison him. O’Neal struggling with his demons on the inside tries to duck the job. However, the cops ultimately have a backup plan in mind.

Shaka King comes on the canvas with his best performance yet. Earning him a global recognition as well as his film an Academy Award nomination for the Best Film 2021. The story unravels quite harmonically and the director passes with flying colors in capturing the essence of the revolution. The conflict created inside the head of O’Neal which keeps the sympathy constant for him even till the last minute deserves commending. Shaka successfully portrayed the character of Hampton on the film canvas. The film poses a unique style and tranquility. The characters, the sets and the revolution make Shaka’s shoulders wide as he stands on his high grounds when it comes to direction.

Sean Bobbitt displays a mark of excellence when it comes to the cinematography of the film. The film’s sharp yet retro like feel entices the viewers. The brilliant play of light and the slick use of anamorphic lenses to give the desired effect to a film does hit the bullseye. Credited with such brilliant performances in Shame and Hunger, Bobbitt does not disappoint the viewers. The sharp cinematography does provide a high ground to King’s direction and certainly beguiles the audience into a rustic trance.

The best part of the film was the cast. With performances one greater than the other to such an extent that the film stands on the shoulders of the actors who managed to induce the same effect on the audience as Hampton himself. Kaluuya’s performance as Hampton has inspired generations and certainly earned him the Academy Award for Best Supporting Actress. But not to forget the magnificence of Stanfield; LaKeith at various points of the film even overshadowed the performance of Kaluuya. Overall, the cast really managed to slay it in the film.

In Conclusion, the film could be classified as a Masterstroke. With scrupulous direction from King, sharp and powerful images from Bobbitt and a performance to the mark of brilliance by the cast. The film manages to encapsulate your heart and pull you inside the revolution by your collars.