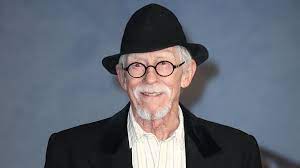 John Hurt was a popular and revered English actor who starred in films such as The Elephant Man, 1984, and Scandal, among others. His professional life was far from routine. Hurt had a distinct gravelly English voice and exuded an air of sophistication and intrigue that was extremely captivating to see. Hurt excelled in a wide range of main and supporting roles over the course of his lengthy career. The top seven of them are listed below.

Except for passengers aboard the Snowpiercer, the world remains frozen in 2031. The world’s survivors have been on a train travelling around the globe for seventeen years. All building their own economy and class system. A gang of lower-class residents living in filth at the back of the train, led by Curtis. They are determined to climb to the front of the train and spread the wealth around. The party must battle their way through each compartment of the train, which offers unexpected shocks for them. A revolution is taking place.

Hellboy, the scarlet-skinned, cigar-chomping, gun-toting, hornless demon with a human heart who thwarted Adolf Hitler’s occult plot in 1944. He finds himself fighting the same evil forces over sixty years later. Hellboy, along with his equally exotic brothers-in-arms—the telepathic amphibious man, Abe Sapiens, and the beautiful fire-starter, Liz Sherman. They all join forces with FBI agent John Myers to thwart the plans of the sinister Russian mystic, Grigory Rasputin, as a special member of the top-secret Bureau or Paranormal Research and Defense. It is led by his father-figure, Trevor Bruttenholm. The world’s future is on the line once again.

Evey Hammond is an ordinary citizen of the United Kingdom in the far future, when the fascist and dictatorial Norsefire Party is in power. She works for the state-run British Television Network. But coupled with an enigmatic and larger-than-life freedom fighter identified only by the letter “V”. She soon becomes the state’s number one opponent. V informs Evey that she must hide in his underground hideaway for at least a year. While she initially rejects the notion, the two quickly build a bond. Meanwhile, the strange backstory of V is gradually disclosed to Eric Finch, the police inspector tasked with apprehending him. Hence, it is not long before he begins to question everything his government stands for.

Captain Stanley and his soldiers arrest two of the three Burns brothers, Charlie and Mike, in rural Australia in the late 1800s. Their gang is accused of attacking the Hopkins farm, rapping Mrs. Hopkins while she was pregnant, and murdering the entire family. The gang’s mastermind, Arthur Burns, the eldest brother, is still on the loose and has taken refuge in a mountain lair. Captain Stanley’s offer to Charlie is to discover and murder Arthur within nine days in order to earn amnesty and, more crucially, to spare his beloved younger brother Mike from the gallows.

Also Read :  Movies Like 'Gold' to Watch Next for More Hardcore Survival Thrillers

During the Cold War in the early 1970s, the director of British intelligence, Control, resigns after a botched mission in Budapest, Hungary. Control suspected one of four top figures in the service of being a Russian agent, a mole, and the Hungary operation was an attempt to figure out who it was. Control’s departure forced George Smiley into retirement, but he is asked by a high government official to look into an allegation given to him by renegade Agent Ricky Tarr about a mole. Smiley believes the failure of the Hungary mission, as well as the ongoing success of Operation Witchcraft, proves this, and sets out to find him.

Winston Smith, a humble Ministry of Truth official yearning for independence, musters the fortitude to jot out his unsaid desires in his small private diary. Serving quietly at the pleasure of Oceania’s bleak, authoritarian hyper-state, Smith is well aware that the English Socialist Party’s supreme leader, the almighty Big Brother, is watching his every move, threatening to enslave the already scared population. Julia, another equally seditious party member, crosses paths with Winston in such dreadful circumstances—as the totalitarian government’s suffocating stranglehold tightens—and a perilous clandestine affair begins. There is no turning back now, and the illegal couple will have to pay the price for their heinous crimes against the tyrannical state sooner or later.

Adam, a depressed musician, lives with his musical equipment and books in the abandoned Delray, Michigan. Adam has been a vampire for generations, but he is fed up with mankind’s bad actions determining the fate of the earth. Ian, who provides him with rare instruments and doesn’t question him, has a confidentiality agreement with him. Dr. Watson in a nearby hospital sells Adam blood bags while posing as Dr. Faust. Eve, his girlfriend and wife, is also a vampire and lives in Tangier, Morocco. Christopher “Kit” Marlowe, her best friend, buys blood from a French doctor and gives it to her.

Eve senses Adam is sad when she phones him from Tangier and chooses to fly to Detroit to meet him. She runs into Kit to say her goodbyes, and Kit tells Eve about a dream he had with her younger sister Ava. Eve and Adam reconcile and spend their nights together in love. Ava, a wild and dangerous girl, appears out of nowhere at Adam’s house and completely changes their life.