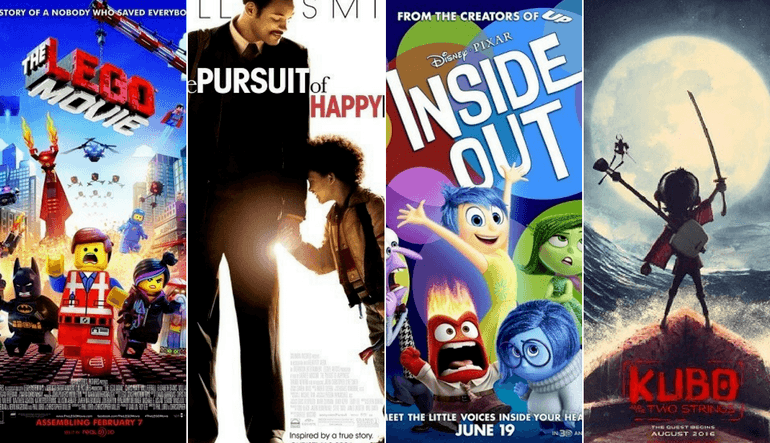 Below are some impactful films which revolve around children and their lives.

August “Auggie” Pullman is a 10-year-old child who lives with his mother Isabel, father Nate, older sister Olivia “Via,” and dog Daisy in North River Heights in upper Manhattan, New York. He suffers from a unique medical facial malformation known as “mandibulofacial,” for which he has undergone 27 surgery. Auggie is always been homeschooling. But as he reaches fifth grade, his parents decide to enroll him in a private school, Beecher Prep. Auggie meets with Mr. Tushman, the principal, who arranges a tour for him with three other students: Jack Will, Julian Albans, and Charlotte Cody before the school year begins. Auggie faces ignorance by practically the entire student population when school begins. But eventually makes a strong connection with Jack.

William Kamkwamba was born in the African country of Malawi. A catastrophic drought struck the town where he resided when he was fourteen years old. There was no food available. William, a brilliant student with a strong interest in physics, decides to save his native village from famine. He discovers physics books in the library. He came up with the idea to create a wind generator to supply electricity to his family after studying the books.

Amir, a Pushtun kid, and Hassan, a Hazara boy who is his faithful friend and son of their Hazara servant Ali, are nurtured together at Amir’s father’s house in Afghanistan in the 1970s, playing and kiting on the streets of a quiet Kabul. Amir admires his father’s best friend, Rahim Khan, who encourages him to pursue his dream of becoming a writer. Hassan hurries to carry a kite to Amir after Amir wins a kite competition, but he is attacked and raped by the vicious Assef on an empty street to protect Amir’s kite; the coward Amir witnesses the assault but does not assist the loyal Hassan. The Russians invade Afghanistan in 1979, and Baba and Amir flee to Pakistan.

They live a humble life in Fremont, California, in 1988, when Amir graduates from a public college, much to Baba’s delight. After Baba’s death in 2000, Amir is a well-known novelist when he receives a phone call from the terminal Rahim Khan, who reveals truths about his family, causing Amir to embark on a quest of redemption to Peshawar, Pakistan.

For 10-year-old Phiona, her mother Nakku Harriet, and her younger family members, life in Katwe, a slum in Kampala, Uganda, is a continual struggle. Her younger brother and she assist their mother in selling corn at the market. She also assists with the care of her younger sibling. When she meets Robert Katende at a missionary program, her world is turned upside down. At a neighborhood center, Katende coaches soccer and teaches children how to play chess. Phiona attends the center out of curiosity, learns the game, and gets enthralled by it. Under Katende’s tutelage, she rises to the top of the gang.

Juli Baker is a firm believer in three things: the sanctity of trees, the purity of the eggs she collects from her backyard flock of hens, and the possibility of kissing Bryce Loski one day. Juli has been enamored with Bryce’s sparkling brown eyes since she first saw them in second grade. Bryce, on the other hand, has never felt the same way. Juli Baker, he believes, is a little strange. Then everything changes in eighth grade. Juli’s odd interests and pride in her family begin to appeal to Bryce, who thinks Juli is kind of cool. Juli begins to suspect that Bryce’s bright brown eyes, like the rest of Bryce, are as empty as the rest of Bryce appears to be.

In the final months of the Third Reich, Johannes “Jojo” Betzler, an unpopular ten-year-old German kid, can’t wait to join the ranks of the Nazi Party’s youth organization, where he will be separated from the others for an arduous training weekend. Instead of being swathed in swastikas and ready to offer his life for his megalomaniac idol, Adolf Hitler, Jojo is booted out of the Hitler Youth after a terrible first assignment in front of his peers—an shameful setback that earns him an equally degrading nickname. Now that he has nothing but time on his hands, Johannes is in for a nasty awakening when he unintentionally unearths his progressive mother’s well-kept secret and is confronted with a frightening new world so unlike the hypnotic indoctrinations he’s received.