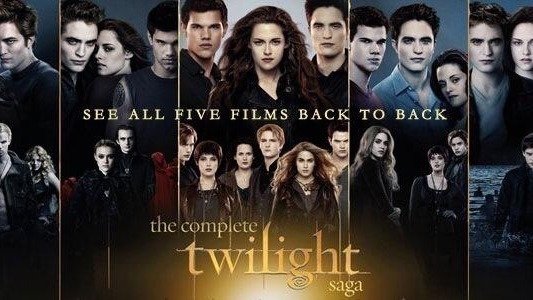 The first Twilight picture was released in 2008, and the last film in the Twilight Saga was released in 2012. It has been ten years since we last saw a Twilight movie in theatres. The YA paranormal romance franchise, which is based on Stephanie Meyer’s best-selling book series, was a big success. Along with actors Kristen Stewart and Robert Pattinson, it propelled Meyer to a new height of celebrity. Things are rather simple when it comes to seeing the movies in order, with the small exception that there are five films overall even though there are only four novels in the book series. The Twilight franchise is once again being appreciate, so it’s time to revisit the films and begin before Bella and Edward ever met.

Since the characters in the novel are vampires, there are a tonne of interesting backstories to examine. The world of the series was a expand beyond Forks. The complete list of all supernatural saga is shown below, arranged by date of release.

Bella Swan is a mature high school student. She moves without expectations to live with her father in the soggy town of Forks. After learning that her divorced mother plans to get married again. The reticent newcomer, however, has a life-altering encounter with her reclusive and morosely gorgeous classmate, Edward Cullen. From the beginning, Edward Cullen can feel the enticing affects of a dangerously suppressed feeling gnawing at him. Edward’s desperate hunger for warm blood prevents him from feeling a much nobler, though unfulfilled, emotion right now. It is hiding the profound, dark secret of vampiric immortality. Innocent Bella’s mortal body yearns for the physical wonders of immortal love. Even though her unquenched longing may lead to her death, as surprising disclosures gradually open the door for an all-consuming whirlwind romance.

Instead, immediately after the unexpected contact with the supernatural in Twilight (2008), Bella comes face-to-face with her darkest fear. Along with an unanticipated difficulty in the wake of a near-death experience. She is, in fact, overjoyed about her forthcoming eighteenth birthday. A determined Edward determines that the best course of action is to permanently vanish from rainy Forks. Also, the life of his sole true love, leaving Bella heartbroken and exposed. Edward is utterly persuaded that his undead presence can only bring pain—or, worst yet, death. Bella now turns to her gorgeous childhood friend, Jacob Black, for comfort. The intense teenage romance transforms into bitter despair; however, she is unaware that he, too, is hiding something. Bella is encircled by danger more and more.

After her brief breakup in The Twilight Saga: New Moon (2009), Bella must now, more than ever, muster the courage to confront her feelings for the lethally charming Edward and the ferociously handsome Jacob. This is especially true given that the long-awaited high school graduation day is rapidly approaching. Now, a spiteful and ruthless foe gathers an unstoppable army of immortals, hell-bent on retaliation, against the backdrop of a brutal killing spree in Seattle and a deadly clan feud. Once more, desire forces a sacrifice, and as a flimsy but honourable covenant tentatively takes shape in the name of love, the brave suitors are forced to put aside their profound differences in order to protect Bella. This is a love triangle that cannot exist.

The impassioned young lovers finally walk down the aisle after Bella’s difficult choice in The Twilight Saga: Eclipse (2010), much to the disappointment of the heartbroken best friend, Jacob. The happy newlyweds now look forward to eternity, but Edward worries about Bella’s wellbeing as the unanticipated complexities of teenage love and an impossibility threaten her very life. The Cullen family is gradually in severe danger, especially Bella and the all-consuming being she carries, amid the backdrop of an uneasy alliance between the haughty wolves and the smart undead.

After the excruciatingly close call with death in The Twilight Saga: Breaking Dawn, Part 1, (2011) vampire-Bella has a new lease on life with eyes as red as a blazing fire and an unquenchable craving for warm fresh blood. Everything changes all of a sudden, and just as Edward and Bella are beaming with pride over their remarkable newborn daughter, Renesmee, a new, equally ruthless threat emerges in the form of the all-powerful coven of the Volturi, endangering the Cullen family. If Jacob’s pack of vicious wolves, the ancient vampire clan of Forks, and their devoted undead allies don’t stand up to the cunning Volturi leader Aro and his evil army, a horrific battle will soon break out.