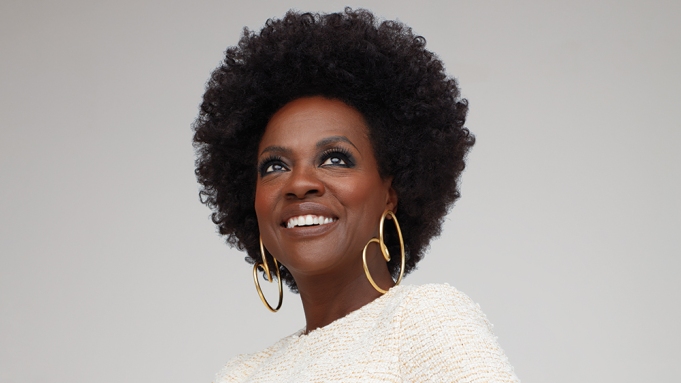 From ‘Doubt’ to ‘The Unforgivable’, Best Viola Davis Performances

Viola Davis is a rare example of an actor who consistently and effectively rules both the stage and the film. Despite the appalling living conditions, Davis and her sisters embraced their talents, creating and acting in plays on stages ranging from basketball fields to church basements. From her spellbinding portrayals of a serial murderer in an episode of Law & Order: Criminal Intent to her small but significant part in Doubt to her commanding and starring roles in the crime dramas How to Get Away with Murder and most recently The Woman King. Check out best Viola Davis performances from earlier in her career here, prior to The Woman King‘s.

Skeeter is a Southern socialite who attended college in Mississippi in the 1960s. She hopes to become a writer when she returns home. By deciding to speak with the Black women who have lived their entire lives providing care for wealthy white people. She upends the little community she lives in. The only person who will initially speak is Aibileen, the best friend of Skeeter’s housekeeper. More women decide to come forward as the two continue their collaboration. Hence, it turns out that they have a lot to say.

A 12-year-old kid who was transferring from a public school became the first Black student ever to enrol in a Catholic primary school in 1964. In a parish with a large Irish and Italian population, the principal, a strict disciplinarian nun, and the liberal parish priest are both concerned for the boy’s wellbeing. The nun is determined to make the priest leave the school. All after she becomes convinced that he has or is going to have an illicit contact with the child. The mother of the boy is a third caring person who has a different viewpoint. A young teacher who is both concerned and perplexed by the disagreement between the nun and the priest makes up the fourth individual.

Oskar, a troubled young boy, is attempting to deal with his father’s passing. Oskar starts yelling at his mother and the rest of society. Up until a year later, when he finds a mysterious key in his father’s possessions. So, just like he did while his father was alive, sets out on a scavenger trip to find the matching lock. He will undoubtedly meet a lot of people and discover a lot about himself and his family on this voyage.

Annalise Keating. She excels as a teacher for her pupils. Four of them are chosen by her each year to work with her as attorneys. However, this year, Lila Stangard, a young girl, is already absent when everyone shows up for the first day of class. Unbeknownst to them, a sinister and never-ending string of killings will affect everyone who lives close to Annalise’s office.

Also Read :  Films For People Who Like Plot Twists

Everyone in this family, like other families, struggles with internal demons or secrets that they work to either bury or hide in order to maintain a sense of normalcy. Several topics, including family dynamics, inner realities, and most importantly the strength of forgiveness are illuminated in the film. The movie Fences is about an emotionally scarred guy. He fights to deal with his past while also striving to support his family. However, as Troy Maxon’s story develops, previously repressed feelings and family secrets that were kept secret are suddenly exposed. Hence, put the Maxon family’s dynamics to the test.

Hardened ex-convict Ruth Slater is currently on supervised probation as she attempts to reclaim her life. Also, rejoin society after serving a lengthy, traumatic 20-year sentence for manslaughter. Ruth is a cautious individual. She is stumbling through the crowded streets of Seattle in search of work and lodging. That’s when a burning desire to see her younger sister, Katie, comes to mind. However, Ruth no longer has the ability to demand something or even make atonement because life goes on. She’ll always be viewed as a horrible, brutal killer, after all.

Four robbers are killed by police after a fierce armed robbery attempt in Chicago. The only thing that Veronica, Linda, Alice, and Belle, their spouses who committed crimes, have in common is a debt that was left behind. Veronica teams up with the other three ladies to pull off a theft that her husband had planned in an effort to build a future for themselves.

1927 in Chicago. The carefully chosen members of Ma Rainey’s backup band, trombonist and band leader Cutler, seasoned bassist Slow Drag, grizzled pianist Toledo, and cocky trumpeter Levee, pass the time joking around on a hot, muggy summer afternoon before Ma Rainey arrives to record her most well-known songs. As soon as the demanding diva arrives late for the session, tensions quickly rise and terrible secrets are revealed. As a result, it is difficult to record Ma’s expressive, passionate voice on vinyl and finish it due to conceited ambition, self-assured arrogance, a significant generational difference, and centuries of black enslavement. However, the stubborn Mother of the Blues is adamant that she is the star of the event and will not be disregarded. In the end, what Ma says is what really matters.

Troop Zero is an offbeat comedy where a well-known underdog tale ends up being new and inventive. A eccentric, space-loving young girl named Christmas Flint is followed in this 1977 Georgia-set story as she deals with the loss of her mother just as the US is getting ready to launch two Voyager spacecraft bearing recordings of Earthly sounds. Both humorous and touching, her attempts to join the project with the help of a motley crew of other kids she recruits—including a boy who identifies as neither male nor female—are successful.

It’s hard to come across an actor who commands both the stage and the cinema as regularly as Viola Davis. The Emmy, Oscar, and Tony Award winner was born on a historic slave plantations in South Carolina and grew up in poverty in Rhode Island.