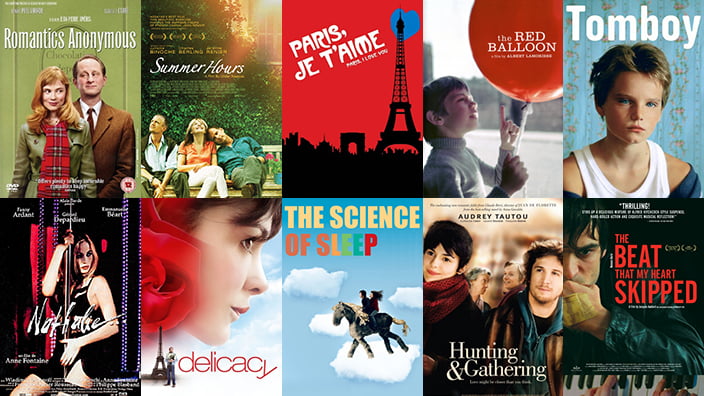 Hollywood may be the uncontested monarch of the world’s film industries, yet modern cinema owes its origin entirely to the French. France has always been a driving force in the film industry, reminding us of what we love about them in the first place. No country contributed more to the advancement of cinema in the twentieth century, and no country has done more to ensure its integrity and promise in the twenty-first century.

Below are some of the films to watch.

1. Portrait Of A Lady On Fire

1760 in France. Marianne is commissioned to paint Hélose, a young woman who has recently left the convent, for her wedding portrait. Marianne arrives under the pretense of the company since she is a reluctant bride-to-be, observing Hélose by day and covertly painting her by firelight at night. As they experience Hélose’s first moments of freedom, connection and attraction blossom between the two women. Hélose’s photo quickly evolves into a joint effort and monument to their love.

Philippe, a quadriplegic millionaire in Paris, is evaluating candidates for the role of his caregiver with the help of his red-haired secretary Magalie. Driss appears out of nowhere and demands Phillipe to sign a document from the Social Security Administration to confirm that he is looking for work in order to collect his unemployment benefits. Philippe pushes Driss by granting him a one-month trial term to gather experience assisting him. Driss accepts the challenge and relocates to the estate, bringing excitement to Phillipe and his staff.

Freshman Justine comes to the prestigious Saint-Exupéry Veterinary School after being raised as a strict vegetarian. Justine enters a weird new world of strange school rituals and brutal initiation tests as she leaves the family home. However, she’ll have to chew over her unshakeable herbivorous ideas before long. Justine delves farther and deeper into a dark world of unexplored animalistic impulses. An unprecedented and equally horrific desire for meat transforms her into something she never imagined.

Michèle appears impregnable. She is the CEO of a thriving video game firm, and she approaches her love life with the same ruthlessness she applies to her career. Michèle’s life is permanently changed when she is attacked in her house by an unknown assailant. When she resolutely pursues the man, they are both get into a strange and thrilling game—a game that could spiral out of control at any moment.

Anna visits the grave of her fiancé, Frantz. He died on the front lines in France, every day after the Great War in a little German hamlet. However, Adrien, a young Frenchman, has come to leave flowers on the grave of his German buddy on this particular day. After the German loss, the arrival of a Frenchman sparks a storm of emotion in the community.

6. Blue Is The Warmest Color

Adèle is a high school student who is just starting to explore her gender identity. She dates guys but is sexually unsatisfied with them, and she is rejected by a female friend whom she adores. She fantasizes about something more. Adele meets Emma, a free-spirited girl who is rejected by Adèle’s friends because of her sexuality, and as a result, most of Adèle’s friends reject her as well. Emma becomes more than just a friend to her as she is the one person with whom she can be really honest. Adèle and Emma work together to explore social acceptance, sexuality, and the emotional spectrum of their developing relationship.