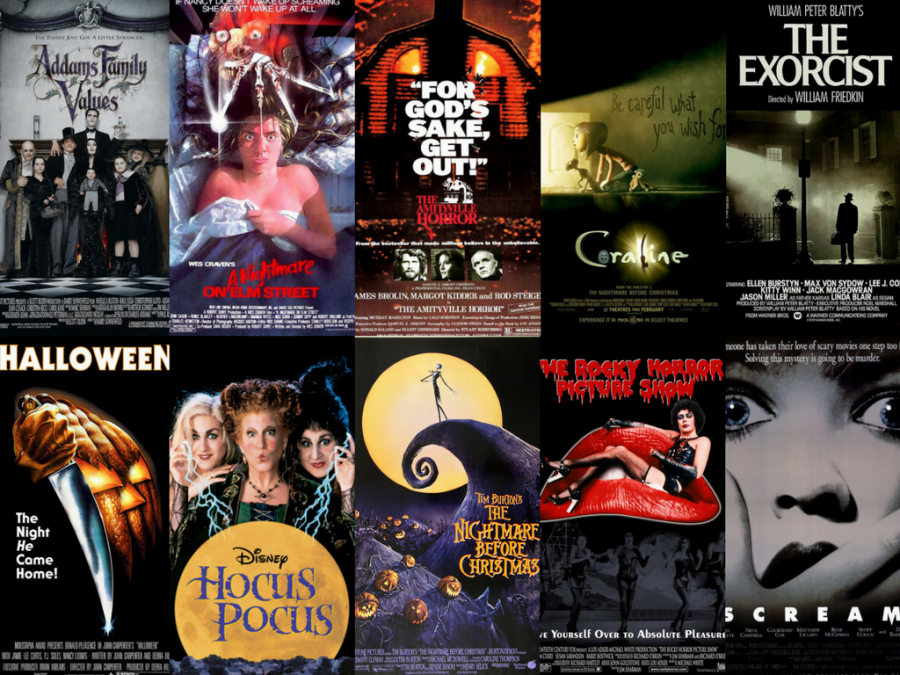 Films To Watch On Halloween

When fall arrives, there is a chill in the air, it starts getting dark early. Halloween rolls in where pumpkins are carved, ice coffee gets replaced with hot chocolates and above all, it’s the best time to watch spooky and witchy films. However, it is so difficult to choose from the list. SO, here is the list of some of the best Halloween films to watch.

The Sanderson sisters were accused of witchcraft 300 years ago and sentenced to death. It’s Halloween 1993, and Max Dennison has lit the candle that’s supposed to resurrect the witches. Max, his girlfriend Allison, and his younger sister Dani must now save all of the children in Salem from the witch sisters, including leader Winifred, goofy Sarah, and high-strung Mary, who will steal children’s lives.

Unfortunately, after a freak event, the generally happy Maitlands, Adam and Barbara, have died. The ghostly couple returns to the realm of the living after being trapped in a weird limbo. They discover that their lavishly adorn New England mansion is occupied by the insufferable New York yuppies, Charles and Delia Deetz. Of course, sharing their cherished home with the bothersome intruders is out of the question; yet, the Maitlands’ haunting abilities are, to put it mildly, pitiful. Only the crazed, rotten-toothed veteran exorcist Beetlejuice can get rid of the unwanted visitors in those dire conditions; but, Beetlejuice has other ideas.

When Coraline moves to an old house, she feels bored and neglected by her parents. She finds a hidden door with a bricked-up passage. During the night, she crosses the passage and finds a parallel world where everybody has buttons instead of eyes, with caring parents and all her dreams coming true. When the Other Mother invites Coraline to stay in her world forever, the girl refuses. She finds that the alternate reality where she is trapped is only a trick to lure her.

4. The Nightmare Before Christmas

Jack Skellington spends all of his time in a dreary Halloween Town and wishes for something a little brighter to brighten up his life. He comes across Christmas town, which is exactly what the doctor ordered. He is in so much joy with these new feelings that he seeks to share them with the residents of Halloween Town. However, the environment does not support Jack’s newfound sensitivity.

Also Read :  Best Romantic Movies to Watch with Your GirlFriend!

Rosemary Woodhouse begins to endure strange and horrible events after moving into a scary apartment in Manhattan with her husband Guy. After the elderly couple’s ward appears to commit suicide, Guy becomes enamored with their eccentric neighbors, Roman and Minnie Castevet. Rosemary then becomes pregnant. Rosemary is not feeling well, thanks to a kind Minnie who continues giving her strange concoctions for the pregnancy. The only option now is to pray for Rosemary’s child.