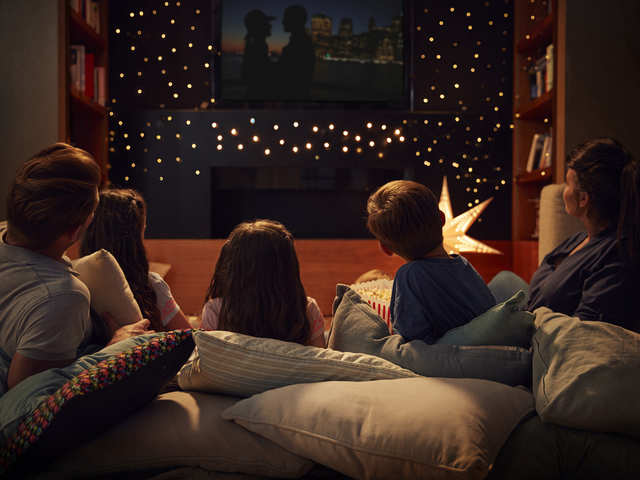 Blanket, hot chocolate, and a good movie to watch are all we demand in this chilly weather. Winters and films are what bring coziness to us. Therefore, below are some films that’d give you a warm fuzzy feeling in this chilling cold.

Bridget Jones is a typical woman who is battling with her age, weight, work, lack of a man, and several flaws. Bridget makes a New Year’s Resolution to take charge of her life. Beginning with maintaining a diary in which she will always tell the truth. When her charming but dishonest boss takes an interest in the odd Miss Jones, the fireworks begin. Bridget’s group of slightly odd pals, as well as a rather nasty acquaintance whom Bridget can’t seem to stop running into or resist finding quietly intriguing, are thrown into the mix.

With their father away fighting in the Civil War, the March family’s women—the loving matriarch, Marmee, and her four daughters, Jo, Meg, Amy, and Beth—are left to fend for themselves in nineteenth-century Massachusetts. Jo March, a failing author amid genteel poverty in male-dominated New York City. She is attempting to build a name for herself; kind Meg is now married, and artistically gifted Amy is in Paris with their opulent Aunt March. The news of talented Beth’s illness, on the other hand, will bring the sisters back together under one roof. But, more than anything else in the world, the fiercely independent Jo yearns for freedom. Also, much to the chagrin of her attractive next-door neighbor, Theodore “Laurie” Laurence.

When Anna Scott, the world’s most beautiful woman, and best-liked actress, walks into William Thacker’s failed Notting Hill bookstore, it’s a man’s dream come true. William runs into her again a few minutes later, still in disbelief, splashing orange juice all over her. Anna accepts his offer to change at his adjacent apartment and expresses her gratitude with a kiss that seems to stun her even more than he does. Over the months, Anna and William come to know one other better, but being in love with the world’s most wanted woman isn’t easy – not in front of your closest friends, and certainly not in front of the all-consuming press.

Jonathan Trager and Sara Thomas meet by happenstance in Bloomingdale’s on Christmas Eve, both seeking to buy the only pair of black gloves available. They decide to go to Serendipity Cafe, and Jonathan asks for her name and phone number. Sara decides to write it down in a book, and he decides to write it down on a five-dollar bill. She hands the cash to a newspaperman and says she’ll sell the book in a used bookstore in New York. Jonathan will get that book back if destiny wants them to be together, she says. Otherwise, she’ll get that bill again. From now on, Jonathan will ‘hunt’ Sara’s book in the hopes of reuniting with his long-lost love.

New York City is enveloped in icy winds, dark nights, and white lights, and its life goes on, for it is an incredible colony of the imagination, the biggest house ever built, and nothing can suffocate its energy. Peter Lake, an orphan, and expert mechanic attempt to plunder a fortress-like estate on the Upper West Side one winter night. Despite the fact that he believes the house is empty, the daughter of the house is present. Thus begins the romance between Peter, an Irish thief in his early twenties, and Beverly Penn, a dying young lady.

Conor, a sensitive youngster, struggles to cope with a strained family connection, reunite with his elder brother, Brendan, and, above all, deal with the harsh environment in his new public school as everyone moves to the beat of Pop music in early 1980s-Dublin. Then he sees her one day. An enigmatically gorgeous girl stood in front of the school’s entrance, indolently observing people going by, tall, with long chestnut hair, a buttery complexion, and huge, black eyes. Conor enlists the support of a group of adolescent dreamers to establish a band in order to get recognized by the distant girl, Raphina—and, amazingly, with every lyric he writes, the gap narrows, and with every song he plays, her heart brims with affection.