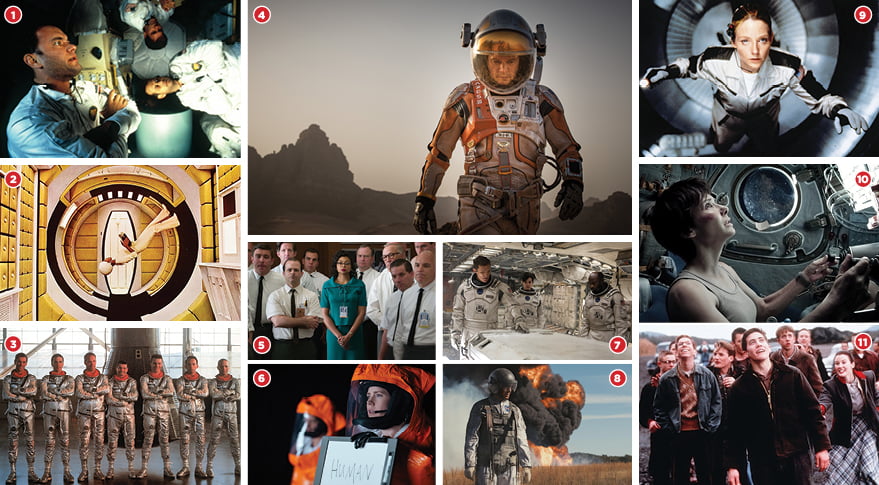 Science fiction is long in marking the big concerns of the nature of life, what it means to be human, and what it”ll be like for human civilization if we were alone in the cosmos (or not). Are we merely a speck of light in a vast sea of darkness? Or are we just another culture with delusory confidence in our species’ superiority?

In order to answer questions like these, great directors from every decade try to find their reality. Below are some of the best films on space.

A massive black monolith is bringing to light beneath the surface of the moon. The first thought is that it is buried on purpose. Jupiter is established as the site of origin, an expedition is dispatched in the hopes of discovering the source. When Dr. David Bowman discovers flaws in the communications system of the expeditionary spacecraft. He learns more than he ever wanted to know.

2. Planet Of The Apes

When Taylor and two other astronauts awaken from their profound slumber, they discover that their ship has crashed. After escaping with only their clothes, they arrive in a world where men are pre-literate and uncivilized. While monkeys have learned to speak and use technology. Taylor is kidnapped and sent to the city of the apes after his neck is damaged, rendering him speechless and unable to speak with the monkeys.

3. Guardians Of The Galaxy

Peter Quill from Earth has become the main focus of a manhunt headed by the genocidal villain Ronan the Accuser after discovering a curious orb in another area of the galaxy. Being pursued across the galaxy, Quill is thrown together with a ragtag bunch of misfits who must learn to work together before becoming the “Guardians of the Galaxy.”

Dr. Clifford McBride and his colleagues embark on a trip to Neptune 30 years ago. All contact gets lost at one point, and the expedition is presumed to have failed. Strange energy spikes, generated by activity on Neptune, are now putting life in the Solar System in jeopardy. McBride’s son Roy, a highly skilled and experienced astronaut, is dispatched to Neptune by US Space Command to investigate.

The evil Trade Federation attempts to conquer the idyllic world of Naboo. Jedi fighter Qui-Gon Jinn and his disciple Obi-Wan Kenobi set out on an incredible journey to preserve the planet. The young Queen Amidala, the Gungan outcast Jar Jar Binks, and the powerful Captain Panaka will accompany them on their journey to the faraway planets of Tatooine and Coruscant in a futile attempt to save their world from Darth Sidious, the Trade Federation’s leader, and Darth Maul, the most powerful Dark Lord of the Sith to ever wield a lightsaber.