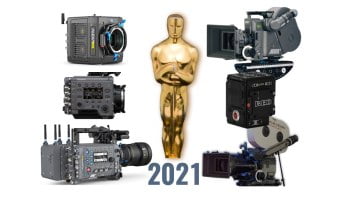 Films Of 2021 With Best Cinematography

Through the cinematographer, the audience sees the film which transports them to a different world altogether. To fit a vision is the job of the director, but to make it alive is what a cinematographer does. Cinematography moves the film. And 2021 was the year of treating the eyes with visually aesthetical films.

Below are films that were best in cinematography in 2021.

Paul Atreides, a clever and gifted young man born into a huge destiny beyond his comprehension. Now, he must travel to the universe’s most deadly planet to save his family and people. Only those who can overcome their fear will live as nefarious powers clash over the planet’s unique supply of the most valuable resource in existence. It is a commodity capable of unlocking humanity’s greatest potential.

2. The Tragedy Of Macbeth

As he is destroyed by nihilism, Macbeth, a nobleman who inherits the Scottish throne after murdering the king he had bravely served, represents it. Even by the standards of Shakespeare’s tragedies, the evil he commits — ordering the massacre of innocents and the death of his closest ally — is heinous. As Macbeth’s misdeeds get more serious, so does his sorrow, and his strange imagination becomes more sophisticated and ingenious. His unavoidable death provides retribution for his wrongdoings as well as comfort from his suffering.

After a failed assassination attempt by Spectre, James Bond is forced to flee the country with Madeleine. Felix Leiter tracks down Bond five years later and requests his assistance in tracking down a rogue scientist. Bond returns to the world he left behind, and after uncovering truths from his background, he must work with MI6 to track down a fanatic planning the unleashing of an incurable biological weapon capable of annihilating humanity.

Irene Redfield, a cultured upper-class woman in the 1920s, seeks respite from a hot summer day in the Drayton Hotel’s elegant tearoom. Clare, a blond woman across the room, is glaring her down. She invites Irene back to the hotel where she and her husband, John, are staying while on business. To this, Clare explains that she was reared by two white aunts after her father died and married him when she was quite young. They are interrupted by John, who openly despises and insults African-Americans, oblivious to his wife’s racial origin or to the fact that Irene is “passing” for the day.

France in the fourteenth century. After saving Count Pierre d’Alençon’s life in the Battle of Poitiers, the battle-scarred veteran knight, Sir Jean de Carrouges, has a falling out with his brother-in-arms and erstwhile buddy, squire Jacques Le Gris. Then, to to Jean’s dismay, Marguerite de Thibouville, his lovely wife, accuses Le Gris of rape. To restore her honor, Jean accuses Jacques of the heinous crime against Marguerite before His Majesty, King Charles VI. Therefore, demands a duel—a practice that was not in practice for many years. Truth, on the other hand, is in the eye of the beholder. As a result, the perception of three different realities and three opposing points of view leads to a brutal death fight.

On Christmas Day, in front of the noble King Arthur and his devoted Knights of the Round Table, the ruler’s nephew, an Excalibur-wielding Sir Gawain, accepts an a priori impossible challenge. Which is, to travel to the isolated Green Chapel and fight its horrific lord, the enigmatic Green Knight. Sir Gawain sets off on a perilous adventure into uncharted, fable-ridden lands one year after the dramatic confrontation with the great foe to uphold his word and prove his mettle. Hence, there is no turning back from this life-threatening assignment, and any who dare to oppose the pitiless, green-hued arbiter of men face death or glory.