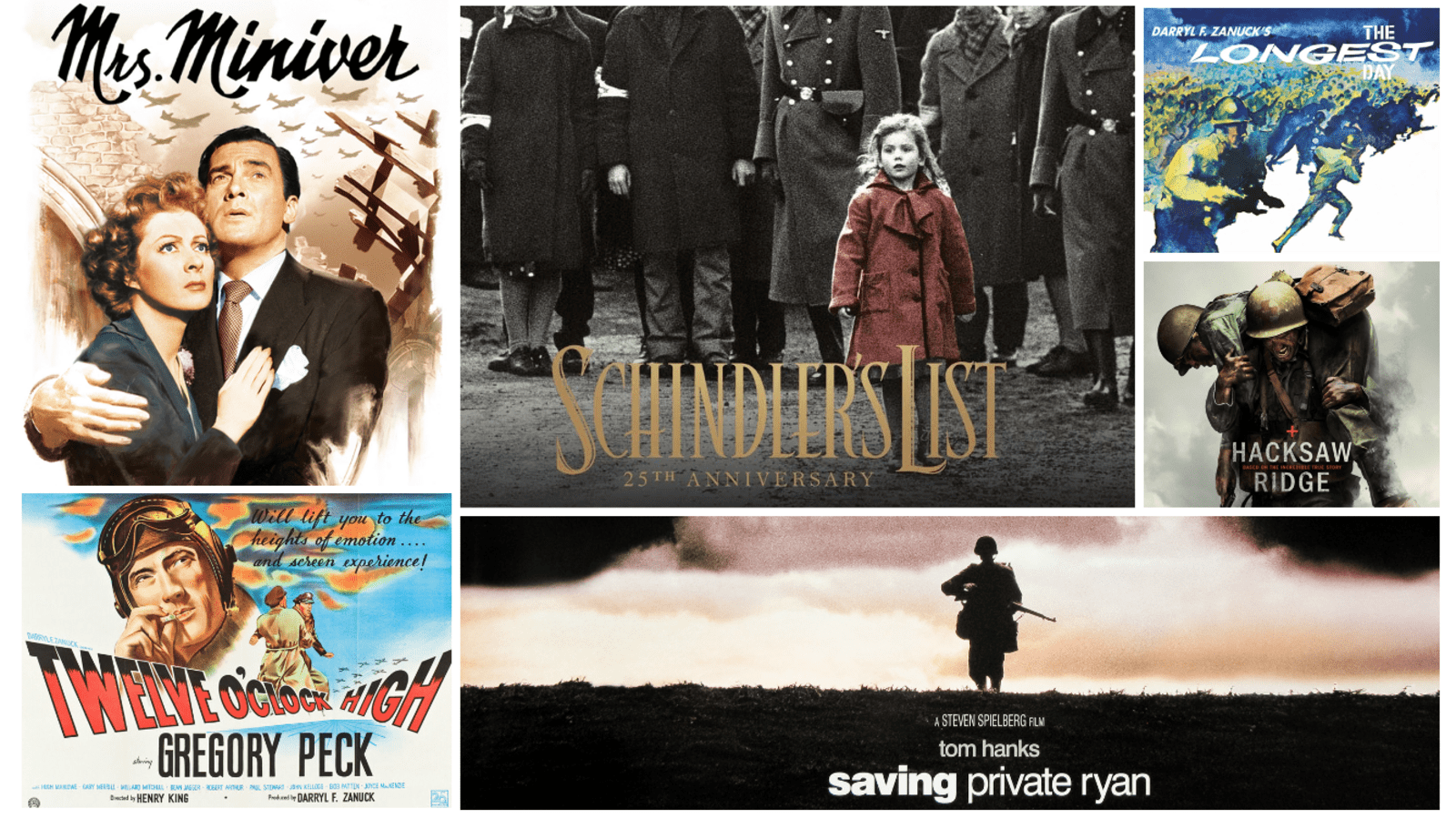 Films About Implications Of Wars On Children

Following the Second World War, a constant stream of films concentrating on the experiences of children both during and after the fight began to appear. Children are frequently victims of adult death and destruction in films such as Roberto Rossellini’s Paisà (1946) and Germany Year Zero (1948), Gerhard Lamprecht’s Somewhere in Berlin (1946), and Fred Zinnemann’s The Search (1948). As the decades passed, the issue of youth and war piqued the imagination of succeeding generations of filmmakers from around the world, and, beginning in the 1960s, writers and directors who had been children during WWII began to share their own tales.

Below are some of the films about implications of wars on children.

In the final months of the Third Reich, Johannes “Jojo” Betzler, an unpopular ten-year-old German kid, can’t wait to join the ranks of the Nazi Party’s youth organisation. There he will be separated from the others for an arduous training weekend. Instead of being swathed in swastikas and ready to offer his life for his megalomaniac idol, Adolf Hitler. Jojo is booted out of the Hitler Youth after a terrible first assignment in front of his peers. An shameful setback that earns him an equally degrading nickname. Now that he has nothing but time on his hands, Johannes is in for a nasty awakening. When he unintentionally unearths his progressive mother’s well-kept secret. When he’s confronted with a frightening new world so unlike the hypnotic indoctrinations he’s received.

When Jeanne and Simon, twin siblings, are called before a notary for the reading of their mother Nawal’s will, long-buried secrets are about to be revealed. Suddenly, Jeanne is required to send a sealed letter to a father she has never met. Somewhere in the Middle East. Similarly, Simon is required to convey an equally vital message to an unknown brother the twins are unaware of. One is adamant about discovering the truth, while the other is hesitant. However, a promise is a promise, and the siblings will never find peace unless they journey to their mother’s birthplace.

Bruno is an eight-year-old child raised in a loving household in early-1940s Berlin. He has his world turn upside down when his high-ranking Nazi official father is promoted and accepts a key position as a commander on a strange-looking farm. Their new house is now surrounded by a high, impenetrable wall; armed soldiers guard the perimeter; a deadly electric wire keeps outsiders at bay; and, for some reason, all farmers wear the same striped costume. On the other side of the fence, Shmuel—a shaven-headed Jewish youngster of approximately the same age. He has so many stories to tell. He, too, is certain that the boringly similar uniforms everyone is wearing are. In fact, pyjamas, just like Bruno.

Guido Orefice, a merry Jewish-Italian, arrives in late 1930s Arezzo with high dreams of starting anew at the dawn of a new dark age. Instead of building a little bookstore, the free-spirited optimist meets his princess, Dora. A lovely local schoolteacher. Their sweet fairy-tale love storey blossoms into a happy married life and a son named Giosué. However, against the backdrop of the Great War’s atrocities and the Germans’ withdrawal in 1945. The Fascists pick up Guido, his child, and the town’s Jewish residents and transport them to a nightmare concentration camp. There, they would face their Nazi fate. In Giosué’s eyes, however, this bizarre new circumstance is nothing more than an exciting battle to earn a magnificent great prize. Now resilient Guido’s desperate attempt to protect the innocent youngster from the horrors of the death camp.

During the Korean War, Sergeant Suleyman of the Turkish UN Brigade comes upon a young Korean girl. She is frail and terrified, and she has no idea where her parents are. The man makes the decision to save the child and transports her to the army post. Because they don’t speak her language, the soldiers are unable to interact with her. The female, on the other hand, becomes an outlet for warriors who have been drained by the fighting. She provides them genuine delight, and they all look after her. However, the war is drawing to a close, and Suleyman must return to his homeland.

Bill Rowan, now in his forties, recalls his childhood in suburban London during WWII. When he was eight years old when the war broke out. Aside from his father Clive joining and the implications of his absence, Bill saw the war as an adventure, with the exact events being less exciting for him than the anxiety instilled in the population about what could happen. Even with nightly German air attacks and bombs being dropping in their neighbourhood. He saw the bomb sites as a playground where he could collect shrapnel and demolish anything survived the bombs with his newfound pals.

While his younger sister Susie was too young to fully comprehend what the war meant, his mid-teen sister Dawn continued to focus on the things that a teenage girl with raging hormones is prone to do, namely boys, or in wartime young men of the military variety, she often feigning death as a better option than not being with someone, most specifically a Canadian soldier training nearby. While Grace, Bill’s mother, was unprepared emotionally for life without Clive, she had to mature rapidly in order to guide the family through the changes. Grace could see her own teen years more vividly with Dawn because of the war, and she could understand what she would have done differently if she had to do it all over again.

An account of the famed Polish pedagogue Janusz Korczak’s final days and his remarkable dedication to rescuing Jewish orphans during WWII. Henryk Goldszmit, also known as Janusz Korczak, a Jewish doctor, is a man of lofty morals. He has no qualms about yelling at German officers and is frequently persuaded to save his own life. His orphanage, which is housed in a tiny school in the Warsaw ghetto, houses 200 destitute children. He establishes a form of children’s self-government, whose justice is in stark contrast to what is happening in the outside world, by putting his experimental teaching methods into effect.

After his family was brutally murdered by the Nazis, 12-year-old orphan of war Ivan Bondarev insists on doing covert operations and reconnaissance missions for the Soviet Army as the German Wehrmacht advances on the battered Eastern Front during the terrible years of World War II. Surrounded by the horrors and chaos of war, Lieutenant-Colonel Gryaznov and Captain Leonid Kholin look after little Ivan almost like a son, attempting to get the prized scout away from enemy lines and into the protection of a military school. But Ivan, who is adamant about avenging his parents’ deaths, begs for another expedition beyond enemy lines.

Marjane ‘Marji’ Satrapi watches events unfold through the eyes of her young daughter and her idealistic family in 1970s Iran, as a long hope of the loathed Shah’s defeat in the Iranian Revolution of 1979 comes true. As Marji grows older, she sees firsthand how the new Iran, now dominated by Islamic fanatics, has devolved into its own brutal tyranny. Marji’s parents send her to Vienna to study for a better life since she is dangerously unwilling to remain silent in the face of injustice. This move, however, proves to be an equally challenging challenge for the young woman, who finds herself in a new culture filled with caustic individuals and terrible disappointments. Marji discovers that both she and her hometown have changed too much when she returns home, and she and her loving family must decide where she truly belongs.

Julien, a rebellious twelve-year-old in a Carmelite boarding school, is having a happy childhood, safe from the horrors of war and the chaos raging in German-occupied France. The introduction of a new pupil, the reticent but smart Jean, ignites an initial rivalry between the two lads, paving the path for a strong bond and true friendship. As the Nazis arrive at their door, Julien begins to think that there is more to his new best buddy than meets the eye, and that he is harbouring an unforeseen secret that must be kept hidden at all costs.