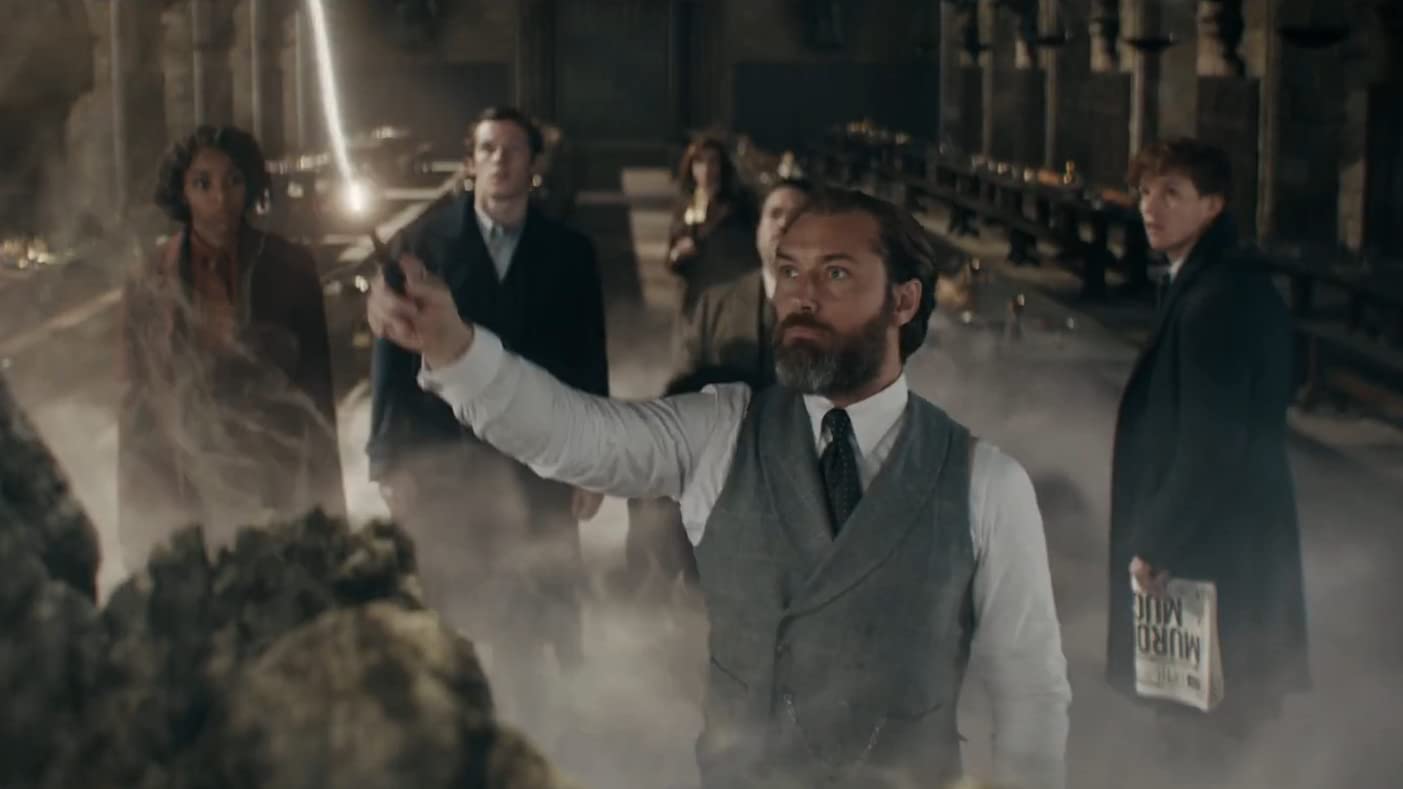 Fantastic Beasts 3: The Secrets Of Dumbledore Reveals The Big Conundrum

Let’s the magic off begin!!

It’s high time for Harry Potter fans to revise their enchantments and dust off their wands. It is a long-awaited addition to the series called ‘Fantastic Beasts and where to find them. The movie is all about exploring the past of Dumbledore and Grindelwald.

There has been a long and quiet three and a half years since the release of ‘The Crimes oF Grindelwald’. The fans naturally leaped up in excitement on the release of the trailer at the end of 2021. The movie will make a grand entry holding the hands of director David Yates and story writers J.K Rowling and Steve Kloves.

It is known to Harry Potter fans, where Grindelwald’s quest leads and what happens to Dumbledore in the future. However, Scamaders are still a mystery. We only know that Newt marries Tina and that he is the author of the textbook of Hogwarts’ batchmates. As it is revealed already, the exclusive image of Newt and Theseus evidences that they are going to be an attraction in this film.

This movie will be an insight into the history of Dumbledore and Grindelwald. Professor Albus Dumbledore comes to know that the wizard Gellert Grindelwald is planning to seize control of the wizarding world. Unable to resist him alone, he takes the help of Newt Scamander to lead a team of wizards, witches, and one brave Mugge baker on a secret mission.

On the path of their encounter, they come in the acquaintance with old and new beasts. They engage in a fight with Grindelwald’s growing group of followers. The trailer reveals Jacob Kowalski, with a wand, sitting at a table with students at Hogwarts school of witchcraft and wizardry. This scene itself has brought around a flurry of speculations regarding the previous regulations of the use of a wand at Hogwarts.

As it is already known to the fans, each and every character of the story has the right to be a leading one. The roles of Newt and Tina are portrayed by Eddie Redmayne and Katherine Waterston. Jude Law and Callum Turner play the characters of Albus Dumbledore and Theseus Scamander. Mads Mikkelson plays Gellert Grindelwald as it is already known that Johnny Depp stepped down from the role. Other roles are played by Alison Sudol as Queenie Goldstein, Jessica Williams as Eulalie Hicks, Jeremy Azis as German Muggle, and William Nadylam as Yusuf Kama.

The filmmakers released the trailer on December 13 last year and spread tremor amongst the fans of Harry Potter. The Movie is all set to release worldwide on April 15, 2022, except in the UK, Ireland, and Japan, where the film will release a week earlier.

Interviews have given us quite an impression of this movie. While  Rowling herself commented, “Answers are given”, Howard mentioned that “I think it’s by far the best one”. The film is surely full of magic and enchantment. The movie locations also were versatile. The film was shooted in exclusive locations of Bhutan, Germany, the US, the UK, and even China. New creatures can also be expected. While more magic can be poured into the sequel, the authentic charm of Hogwarts can be revived too. The filmmakers have put special efforts into music scores as well. James Newton Howard has been bestowed upon the responsibility of creating the musical score for the film.

The most anticipated sequel of the series is only a wait of a few months. The film went through hurdles amongst the COVID-19 pandemic. So we keep our fingers crossed tight, wishing that the crew gets the foreseen response. It’s high time for the Harry Potter fans to fasten their belts and get ready to swish their wands on April 15th.