Pedro Almodovar movies has demonstrated to be a visionary artist, but he has also played a significant role in the transformation of Spain from a fascist dictatorship to a pluralistic democracy. He revealed two movies for this year: his first English-language picture, A Manual for Cleaning Women, starring Cate Blanchett, and a western movie called Strange Way of Life, starring Pedro Pascal and Ethan Hawke. While we wait, take a look at some of his most influential films.

On his 17th birthday, a single mother in Madrid witnesses the death of her only child as he attempts to get the autograph of an actress. In order to track down the boy’s father, Lola, a transgender woman who is unaware that she is pregnant, she travels to Barcelona. A wild yet compassionate transgender woman named Agrado is the first person she meets. She introduces her to Rosa, a young nun headed for El Salvador. But instead learns that Rosa is Lola’s pregnant. Manuela assists Huma Rojo, the actress her son liked, in managing Nina, the co-star and Huma’s boyfriend. He eventually becomes Huma’s personal assistant. However, when Manuela is forced to take care of Hermana Rosa’s precarious pregnancy, Agrado quickly steps in. The moms’ experiences of loss, love, and friendship are reminiscent of Lorca, “All About Eve,” and “A Streetcar Named Desire”.

Along with her spouse Paco and daughter Paula, Raimunda resides in Madrid and works there. Her sister Sole also lives close by, and the two of them miss their mother Irene, who passed away in a home fire several years ago along with their father. Both children do not trust a former neighbour from their childhood neighbourhood who claims to have seen Irene’s spirit. Irene’s soul manifests around her daughters to provide solace after a murder and a family tragedy.

Passion, obsession, riches, resentment, familial obligations, guilt, and inventiveness. With the aid of Judit and her son Diego, Harry Caine, a blind screenwriter, works in Madrid. When Ernesto Martel, a successful businessman, passes away, and Ernesto’s son pays Harry a visit, the past suddenly rushes back into Harry’s life. In a series of flashbacks from the 1990s, Harry—then Mateo Blanco—is depicted as a director who falls in love with Ernesto’s mistress Lena and hires her for a movie that Ernesto supports. As a result of Ernesto’s obsession and jealousy, his son was sent to follow Lena and Mateo and record the film’s production in order to provide him with daily video. Lena irritates Judit. The two are headed for conflict.

Janis, a successful 40-year-old professional photographer, and Ana, a totally unprepared, wide-eyed teenager, find themselves in a maternity unit in Madrid, surprised by their unplanned pregnancies. In the present, two single women are ready to experience the birth of their first child. One is anxious, while the other is eager to embrace the occasion. Under those conditions, as flawless maternal instincts begin to take hold, the past’s great traumas give way to female solidarity, paving the path for an unexpected but incredibly strong bond between the two parallel mothers. The marvel of birth gradually entwines with the mystique of death, as well as someway, Spain’s tumultuous history. Life can be full of unexpected surprises, whether happy or tragic. Then all of a sudden, it becomes necessary to speak the long-buried truth.

Rebeca is a lady who was given up for adoption as a child by the mother she adored. She has since striven to achieve the same level of success as her mother, even marrying the guy she previously had an affair with, to show that she is capable of having things that her mother was not able to. But when her adored mother reappears in her life and seizes her husband’s interest, she is unable to handle it. There is gunfire. The husband’s body is discovered. They both are suspected.

Pedro Almodovar movies span a wide range of style, but they all retain an element of the anarchic, bizarre and surreal.

The “Pain and Glory” protagonist was nearing the end of his professional life. Unintentionally casting his gaze backward, the man is overcome by a wave of vivid memories. He remembers tender feelings for his mother, love and separation, and the pursuit of pleasure and achievement from his youth. Because this is the most essential thing to him, everything leads the master of cinema to think deeply about life and art.

Dr. Robert Ledgard, a talented plastic surgeon, has been working to create a new skin to help burn sufferers since his wife was tragically injured in an auto accident. After 12 years, Ledgard has finally developed a skin that protects the body while maintaining touch sensitivity. Ledgard puts his innovation to the test on Vera, who is being imprisoned against her will in the doctor’s mansion, with the help of his devoted housekeeper.

Also Read :  Why PK on Netflix is relevant even after 7 years.

The writer Marco, who is still hurting from a relationship that ended ten years ago, falls in love with Lydia, a bullfighter who is likewise on the upswing. A young dancer who was injured in an accident four years prior is the only patient that nurse Benigno dedicates his life to; he speaks to her, reads to her, and places pictures in front of her closed eyes. Benigno and Marco become friends when Lydia is brought in unconscious to the hospital where he works. The nurse encourages the journalist to speak with Lydia and pray for a miracle. Benigno sees Marco as Sancho to his Quixote, and when Benigno’s visions for his patient start to come true, Marco tries to interject reality.

Three women are upset up in a luxurious Spanish penthouse: Iván’s ex-wife Luca was recently released from a 20-year stint in a mental institution, and Pepa is balancing on stilettos while she obsesses over Iván, the lover who just dumped her by answering machine. Candela, Pepa’s neurotic best friend, also seeks refuge at Pepa’s home after discovering her lover is a terrorist. Unless the others intervene, one of them is going to murder someone. 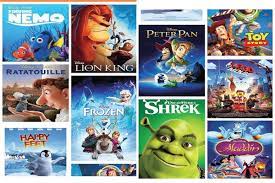 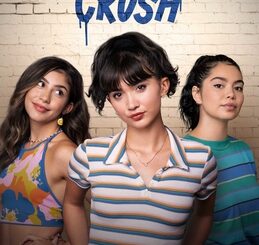 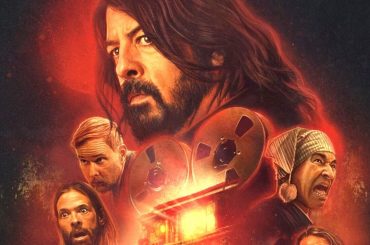