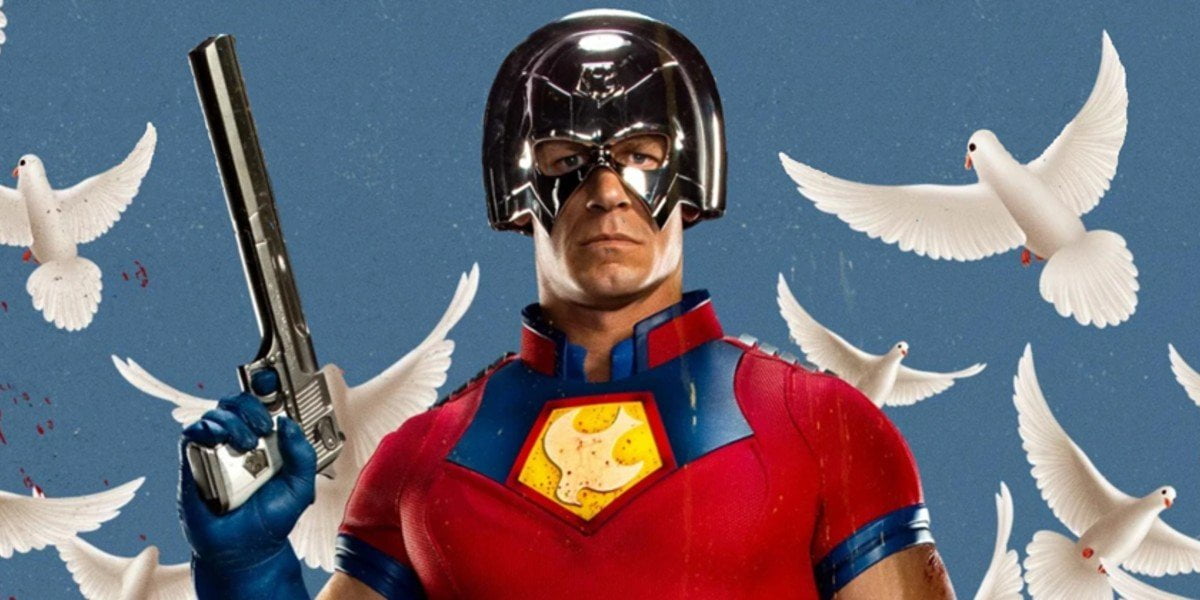 Peacemaker is an upcoming American television series created by James Gunn based on the DC Comics character Peacemaker. It is the first DC Extended Universe (DCEU) television series. Set after the 2021 film The Suicide Squad.

The series primarily explores the origins of a Peacemaker who believes in achieving peace at any cost. Not only does James Gunn feature the return of John Cena as the Peacemaker, but also introduces a set of new characters into his orbit. The first teaser of the show was released in October 2021 during the virtual DC FanDome event.

In Suicide Squad, Cena’s Peacemaker and Elba’s Bloodsport got into rivalry. Their interactions left us some comedic notes in the film. Bloodsport was able to get rid of Peacemaker for good at the end. The peacemaker will start right after the end of The Suicide Squad.

The series is based on the story of a man who fights for peace at any cost, no matter how many people get killed to achieve this. Peacemaker still grows under the guidance of Amanda Waller. He creates a new team force to carry out his new set of missions. Peacemaker, Vigilante, and hi black op handlers face threats that leave the episodes all padded. Robert Patrick is the head honcho of the local neo-Nazi contingent. He lands at odds with his son. An invasion of the body snatchers plays out elsewhere in their suburb of Evergreen. Various subplots come in with members of the squad like Economos and the newbie Adebayo. In spite of his obnoxious behavior, the Peacemaker is easy to spend time with.

Peacemaker is treating music lovers from all genres, starting from pop to melody. Jame Gunn shared the Spotify link to the musical album of the film. ‘Welcome to the Church of rock and roll’ by Foxy Shazam and ‘Don’t treat me bad’ by Firehouse are chosen for the film. The playlist covers a vast musical tour. Wig Wam, Nashville Pussy, Santa Cruz, John Murphy, Ralph Saenz, Bang Camero features in the playlist alongside others.

The first three episodes of the series will premiere on HBO Max in the US and Australia on January 13, 2022. The rest five episodes will be subsequently released weekly through February 2022. The UK date of release is yet to be announced. Like so many streaming series in recent times, this series is setting a time limit of around 40 minutes.

Though Peacemaker is going to be a continuity of The Suicide Squad, the audience will enjoy it as an entertaining diversion. There will be a total of 10 episodes in the series. The first three episodes are called ‘A whole new whirled’, ‘Best Friends never’ and ‘Better Goff Dead’ respectively. The titles of the other five episodes are yet to be announced.

James Gunn penned down the entire season out of boredom during quarantine. The filming of the show started in January 2021. The shooting locations included Cloverdale, British Columbia, and Canada. The DC fans do not have to wait long to see what the multi-starrer film brings to them. We hope that Peacemaker, who died in The Suicide Squad will get a blazing get back in this series. The series will definitely be packed with action and some comic elements. The DC fans eagerly anticipate the release of this series as this will be a convincing addition to the DC universe.