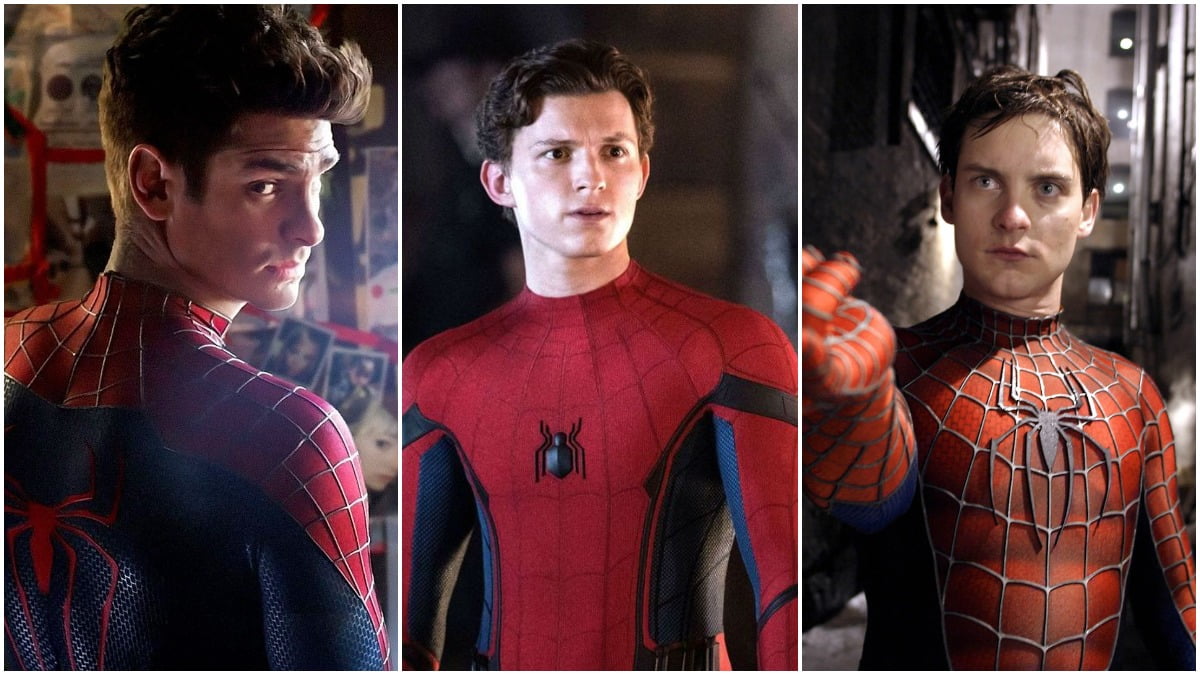 “Spider-Man: No Way Home” has hit the theatres this December and below are every Spider-Man ranked to watch you go to watch your film.

Miles Morales, a bright Brooklyn youngster struggling to find his place in the world while managing school and family. As a result, he reluctantly enrolls in an elite New York City boarding school. Miles discovers a whole new universe hidden in an abandoned NYC subway tunnel. While grappling with his new duties, he gets bitten by a sneaky radioactive arachnid from another realm. Miles is surprised to realize that life has become even more confusing, unaware to him that he is about to become caught in the heart of a terrible inter-dimensional struggle. Could be much like the original Spider-Man (2002). Miles, young and inexperienced, has no choice but to master his unexpected skills. While the fate of the cosmos hangs in the balance, despite his belief that not everyone is cut out to be a hero.

Peter Parker is now a physics student at Columbia University. He is on the edge of a nervous breakdown when he discovers the hard way that life is tough. It’s barely been two years after Norman Osborn died, and Mary Jane is losing upon Peter; he’s lost his job, Aunt May’s house is about to be foreclosed on, and he’s skipping school. As Parker struggles to find his footing, unsure whether or not he wants to be a crime-fighter, a rare accident in the name of science gives birth to a new super-villain. Doc Ock, an obsessed, multi-tentacled mad scientist. Peter must choose between keeping true to his calling and staying away from Mary Jane, the girl of his dreams, at a moment when the world most needs him.

Peter Parker returns to high school after Thanos is defeated after Tony Stark’s sacrifice. Peter is now on a mission to tour the world with his friends. As he wants to take a vacation from his role as Spider-Man. However, his enjoyable journey comes to halt when a series of strange attacks by creatures known as Elementals begin spreading devastation over the globe. To make matters worse, Nick Fury and an interdimensional newcomer named Quentin Beck/Mysterio recruit Peter to help them combat them and investigate the truth behind the attacks.

Peter Parker is a shy and brainy orphan who is constantly picked on at school and overlooked by Mary Jane Watson, the gorgeous redhead next door whom he likes, can scarcely stand up for himself. Then, one day, while on a school field trip to a Columbia University laboratory, Peter gets bit by a genetically altered spider, and an incredible change begins. Peter develops peculiar spider powers and incredible fresh super-abilities as his body undergoes significant alterations, only to swiftly learn that with great power comes tremendous responsibility. And, before long, the insane Green Goblin, an extraordinarily powerful super-villain, appears, eager to put Peter’s moral compass to the test.

Gwen Stacy, the bookish teenage social outcast Peter Parker, has a lot on his plate already, with his days spent trying to solve the mystery of his background and win the heart of his high school crush. Peter, who is raised by his understanding Uncle Ben and loving Aunt May, discovers a concealed briefcase by mistake; a fascinating discovery that will pave the way for a sudden and extraordinary metamorphosis, as well as a new identity. As a result, a nimble web-spinning hero emerges to defend bustling New York from formidable enemies and an invincible reptile adversary, as Peter starts on a difficult adventure to find answers.

It’s been five years since Peter Parker and Mary Jane’s life-changing event in Spider-Man (2002), and only a few months since Dr. Otto Octavius’ Utopian ideal in Spider-Man 2 (2004), but things are finally looking better for Peter Parker and Mary Jane. The Sandman, a powerful, shape-shifting mega-criminal with deep ties to Parker’s terrible past, enters the picture, set on terrorizing the city, with Peter’s former best friend, Harry Osborn, still carrying a grudge. Plus, a reborn Green Goblin seeks vengeance, and a weird, parasitic black ooze attaches itself to Peter’s red-and-blue spider-suit, altering his psyche.

Fighting crime and defending New York City is a perilous full-time profession, and Peter Parker finds himself bound by his pledge to Stacy’s late father two years after his struggle with the mega-criminal Lizard in The Amazing Spider-Man (2012). In the meantime, when Harry Osborne, Peter’s old friend, inherits Oscorp Industries and a deadly retrovirus from his father, Norman, a tragic event gives birth to a new super-villain: Electro, the human power plant. With the appearance of the powerful Green Goblin, the stage appears to be set for the final showdown; a fight that could change Peter Parker’s life forever.