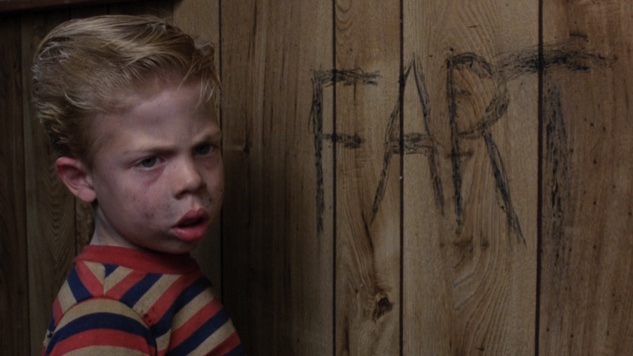 Some comedy simply want to lick your face, jump all over you, and have fun. Another category of comedies is ones that make you wonder if you should be laughing at all. Comedies that are as witty as they are deadpan. A person’s sense of humour may be another person’s snore fest, thus it is inescapably subjective. However, we made an effort to assemble a variety of comedies from the previous three decades that either completely escaped notice or simply failed to catch on as they ought to have. These films have a mixed box office performance, some of which are highly known.

Griffin Mill, a studio executive, is in charge of deciding whether to approve or reject feature-film pitch submissions. He now finds that the anonymous screenwriter whose idea he long ago rejected is threatening his life. Hence, putting his career in jeopardy and raising the potential that he might get replace by a competing upstart. Griffin is forced to elude the police investigation he started after becoming entangled in a web of extortion and murder. He must, however, keep a sharp eye on his back since in Hollywood. There is always someone who may step in and take your place.

Older UBS TV anchor Howard Beale gets let go with immediate effect as his ratings have been continuously declining. In response, he makes a dramatic live televised announcement of his plan to kill himself. By doing this, Beale establishes himself as a great TV star and one of the Communications Corporation of America’s (CCA) most valuable assets. CCA is the organisation that is progressively acquiring control of UBS. He receives his own show as “the mad prophet of the air-waves” as a result. Every weekday evening, he makes a live television appearance to inform Americans of the real reality. Despite the program’s enormous success, Beale uses his influence to make shocking revelations about CCA. As a result, leaving the company’s leaders with a major issue.

Nick Naylor, a lobbyist for the tobacco business, is tasked with pushing smoking despite the fact that the risks to one’s health are now too obvious to ignore. He, however, takes great pleasure in his work and frequently casts his customers as either victims or selfless do-gooders using argument and twisted logic. Nick works hard to meet Joey’s demand for philosophical understanding and respect while maintaining his lack of moral principles. Nick’s life appears to be on the verge of disintegrating when a stunning news reporter abuses his sexually earned confidence. But Nick’s arsenal always has one more coffin nail.

Martin Blank is a free-lance hitman who begins to have moral concerns, which leads him to botch a few simple jobs. He travels to Grosse Pointe, Michigan, a Detroit suburb where he has also been hired to kill someone, on the recommendation of his secretary and psychiatrist, to attend his high school reunion, which is taking place for the tenth time. Two overzealous federal investigators are hot on his trail, as are Grocer, another assassin who wants him to join a “Assassin’s Union,” and another assassin who wants to murder him.

An expert on the Balkans named Osbourne Cox left the CIA due to a drinking issue, and he now starts a memoir. His wife is seeking a divorce and anticipates that her lover, Harry, a philandering marshal with the State Department, will abandon him. At a Georgetown exercise facility, a CD-ROM escapes from a gym bag. Linda, who needs money for cosmetic surgery, and Chad, a kind goofball, both attempt to turn it into cash. They visit the Russian embassy after being directed to Osbourne by information on the disc, who rejects their pitch. They determine they require more of Osbourne’s secrets in order to sweeten the deal. Harry’s wife departs for a book tour while Linda’s boss likes her. To Osbourne’s home, all roads lead.

Clearly a force of nature and true connoisseur of all things domestic, Stephanie Smothers is a vivacious YouTuber and full-time stay-at-home single mother. Always willing to volunteer for multiple positions at her son Miles’ primary school, prim Stephanie will witness her idyllic life take a surprising turn when she befriends the gorgeous fellow mother, Emily Nelson, an attractive and enigmatic New York City PR executive. After several drunken afternoons, Emily eventually begs Stephanie to do her son Nicky’s simple favour of picking him up from school as a result of a series of events that have led to other events. Then Emily vanishes, and as the minutes progress into hours and the days into weeks, concerned Stephanie makes the decision to act and sets out on a quest to discover why Emily vanished without a trace.

In a dark future where the laws of attraction are a matter of life or death, only forty-five days separate the chronically single and the recently single from a quick and irreversible metamorphosis into their favourite animal. As the recently dumped architect, David, checks into the opulent treatment centre, the Hotel, he will unavoidably have to find a compatible partner as well, or a dangerously precarious future in the wild awaits. The seditious individuals who opted for personal freedom over real commitment are governed by a new set of laws there.

The celebrated crime/mystery author Harlan Thrombey’s unusual and mysterious death was the only thing that marred the otherwise magnificent birthday celebration at his opulent house. However, the cryptic investigator, Benoit Blanc, is not totally sure. The keen knife in the silver-haired deceased’s hand is a dead giveaway that something, or someone, had been worrying Harlan. All eyes are on the ultimate prize: Harlan’s beautiful legacy. In fact, more than one member of the successful author’s close family has thus far been sparing with the truth. As Blanc strives to cast light on a tangled jumble of half-baked leads and little white lies.

Let’s face it, Marla Grayson, a court-appointed guardian who seems compassionate and sympathetic, is actually a wolf in sheep’s clothes. She is immaculately dressed. With the help of their equally fashionable girlfriend and co-conspirator Fran, and a sophisticated network of ruthless care home administrators and dishonest doctors, Marla and Fran locate wealthy seniors and, after taking control of their property and finances, thoroughly drain them of all their assets. When charming Mrs. Jennifer Peterson enters the scene, she is a perfect, no-strings-attached cherry, and a stupid court gives cruel Marla full guardianship. The problem is that Marla cares a lot, but so does the scary and unnamed guardian of the defenceless Jennifer.

Wallace Ritchie, an American tourist in London, England, is unaware that the truth serum and the bullets are genuine. He believes the mystery that is blossoming around him is a component of a stage production in which the audience is involved. Yet the fate of the planet rests in the hands of this clueless moron who can’t even spell C.I.A. Ritchie is the gullible spy who enters with great boldness. Ritchie enters the deadly serious territory in deadpan delight. He is astounded by how plausible the fiction appears to be. Variety isn’t only the spice of life, as Ritchie’s cloak-and-dagger encounters with agents, a femme fatale, a body, highway pursuits (lesson number one: drive on the left), assassins, and a ticking time bomb vividly demonstrate. This is how spies live.