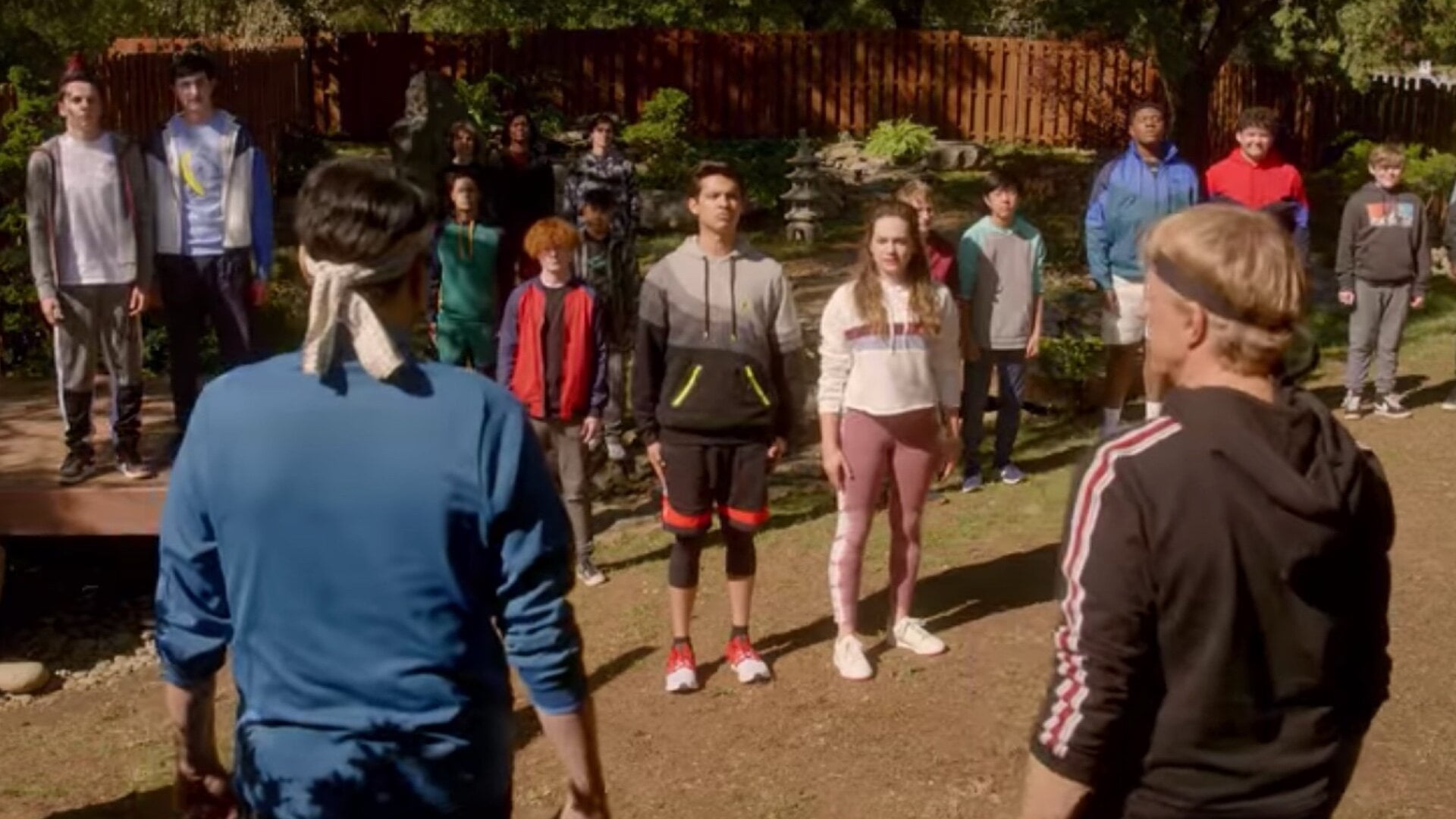 Cobra Kai Season 4 Teaser: Stakes Are Higher Than Ever

It Is A Battle Of Survival Now!!

Finally, Netflix released the first clip for the fourth season of Cobra Kai. And you can see that I am mad excited about this season. I know it is going to absolutely rock. I know it because I am seeing it with my own eyes. All three seasons of Cobra Kai have been amazing. The second might have been a little bit underwhelming, but it was still good. And it looks like the fourth season will be the best.

The latest teaser was nothing more than the date announcement clip. It showed us some glimpse of the upcoming season and told us the date. Which is pretty late than I expected it to be. But we will get the fourth season, and this time there won’t be any delay.

Cobra Kai picks up thirty-four years after the hit movie “The Karate Kid”. The original one, not the Jayden Smith one. We saw Lawrence getting defeated by Daniel LaRusso in the original movie. But in Cobra Kai, we saw the story from Lawrence’s point of view. As he tries to pick his life up from the dumpster he is in. But one thing led to another and he is in a war with his nemesis again. But as the show progresses we see more and more things. It gets really interesting as the show progress.

Season 4 will start right from the end of season 3. Where Lawrence and LaRusso joined their forces together to defeat Kreese. Or you can say, to defeat. From every angle, it looks like this will be the final season of the show. So, I just want them to make it as fire as possible. Bring out every big gun, give me as much action as you can. I will not complain. Another school brawl I am in for it. Just bring it on.

We will get the All Valley Tournament for sure at the end. And I can surely say that this tournament is going to be massive. And another thing to notice is that Terry has joined Kreese. So it will be even more difficult to defeat Cobra Kai now. And all the teacher banter that Johhny will do, I just can’t wait.

The show is all set to release on December 31, 2021. I really thought that it would release at the start of December, but guess we have to wait until the end.

The fourth season will possibly have the same number of episodes as previous seasons, with each episode amounting to 20-30 minutes. The show will release on Netflix without any regional boundaries so you can enjoy it from any place in the world.

The fourth season will have the same cast as the previous ones. Mary Mouser as Samantha LaRusso, Ralph Macchio as Daniel LaRusso, Xolo Maridueña as Miguel Diaz, William Zabka as Johhny Lawrence, Courtney Henggeler as Amanda LaRusso, Tanner Buchanan as Robby Keene, and Martin Kove as John Kreese. Other cast members like Jacob Bertrand, Gianni DeCenzo, Vanessa Rubio, Aedin Mincks, and Peyton List will also be there. You can read the full cast list at IMDB.

Jennifer Celotta, Josh Heald, Lin Oeding, and Steven K. Tsuchida are directing the show. Ralph Macchio, Josh Heald, and William Zabka are producing the series alongside a whole team. Once again you can read the full details as IMDB. Leo Birenberg and Zach Robinson are taking care of the music of the series.

Cobra Kai Future: What To Expect?

According to the interview, we know that Cobra Kai Netflix season 4 might not be the end of the series. But it will be the finale to John Kreese’s saga. Josh Heald told that the score will be settled in the final tournament and it might be an end to the John Kreese saga. The big story however will be how Daniel and Johnny will co-exist? And how will it end for both of them? If we see another fight between two sensei or they will be able to get past all of that? Season 4. The tension will be sky high in Cobra Kai Netflix season 4 and the payoff will be just that explosive only.