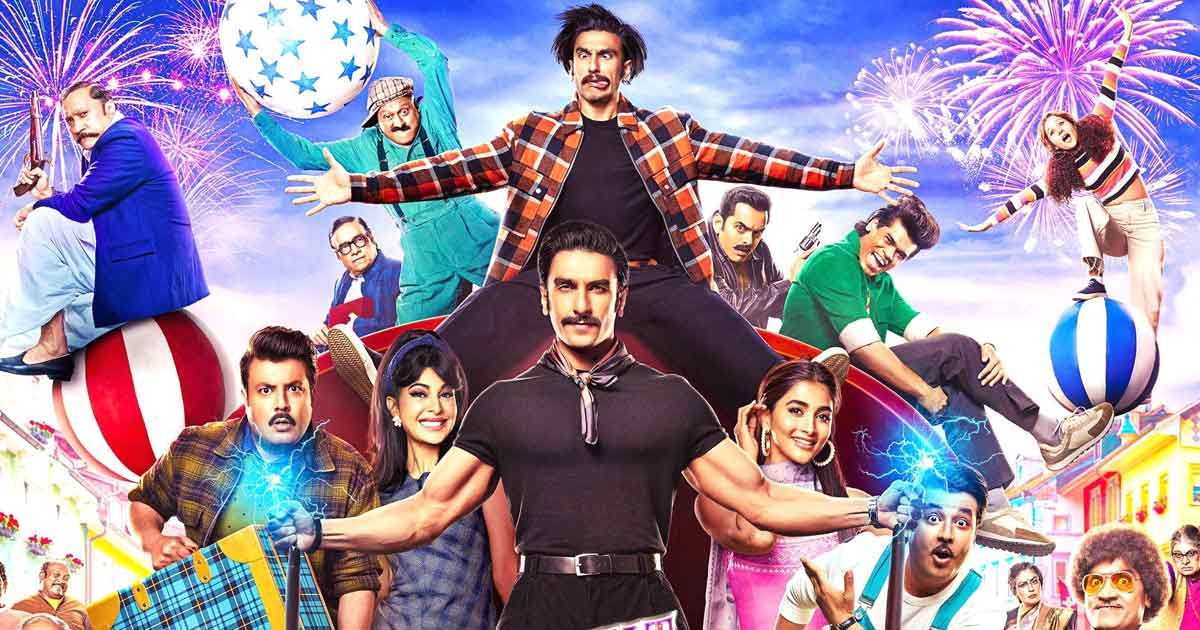 2022 has been a dull year for Bollywood so far, and it just took a turn for the worst. Cirkus showed us a new low that Bollywood can touch, and it ain’t pretty in any sense. It was hard to find even one good point in the movie.

It feels like Rohit Shetty is stuck in an era where this brand of dumb comedy worked, and the audience got a laugh out of it. But trying to make that work in 2022 still was a bad idea, and it shows here.

And the worst problem is that even that dumb comedy did not work most of the time. It was just shooting blanks. The hall was silent, which is the worst thing a comedy movie can ask for.

After a very long time, it felt like we were getting a proper comedy movie in Bollywood with no other trope. But what a disappointment it turned out to be. Here are all the good and bad aspects of the movie so you can decide whether to catch it in the theaters or not.

Cirkus is based on Gulzaar’s 1982 famous movie ‘Angoor’. It felt like a perfect Rohit Shetty’s brand of comedy of error but failed on every front.

The movie’s official plot reads, “Two sets of identical twins are accidentally separated at birth. Several years later, when they are coincidentally in the same town, there is a lot of confusion and misunderstanding when people mistake them for each other.”

Cirkus is based in 1942, where Roy Jamnadas of Jamnadas Orphanage interchange a pair of twins just for an experiment. One set of twins gets raised in Ooty in a circus and the other in a businessman’s shed in Bangalore.

The whole story revolves around the meeting of the pairs and what will happen when they meet.

There is only one positive in the whole movie, and that is Sanjay Mishra. He is the only redeeming quality of this movie. His absurdity and chaotic and berserk nature act as a little saving grace for the movie.

Sanjay Mishra uplifted the sorry state of this horrendous and lazy writing to a par where you can watch it at least. He was undoubtedly pulling all the strings in this movie, and it is not a joke.

This might be Rohit Shetty’s laziest written movie. Just like all of Rohit Shetty’s comedy, Cirkus also relies on gags. Farhad Samji once again showed why everyone criticizes his writing.

His jokes are a complete waste, and you will get fed up with the same jokes again and again after a certain point.

I don’t know who told Rohit Shetty that the music of Cirkus is better than Golmaal because it is not. There is a total of 3 songs in the movie, and you will only remember one, and that too because of Deepika Padukone.

Almost everyone disappoints, but you can’t help it when the script is that bad. But Jacquline Fernandez looked out of it altogether. Varun Sharma is still playing the same role as Fukrey.

Pooja Hegde did not have much to do. Johhny Lever was completely wasted. Mukesh Tiwari, Vrajesh Hirjee, Ashwini Kalsekar, and Murali Sharma had the same repetitive line that does not do justice to their caliber.

Rohit Shetty tried every gag in the movie to force a burst of laughter. But when does it get too much? From Kali Pahadi to the frying pan scene, everything was done in Cirkus, and everything failed.

Cirkus Movie Review: Is It Worth It?

A big No! This movie does nothing in the comedy area and does nothing in the emotional aspect as well. You can miss it and won’t miss a single worthwhile thing. It is sad to see 2022 end on such a sour note, but that has been Bollywood in 2022 utterly, hasn’t it?