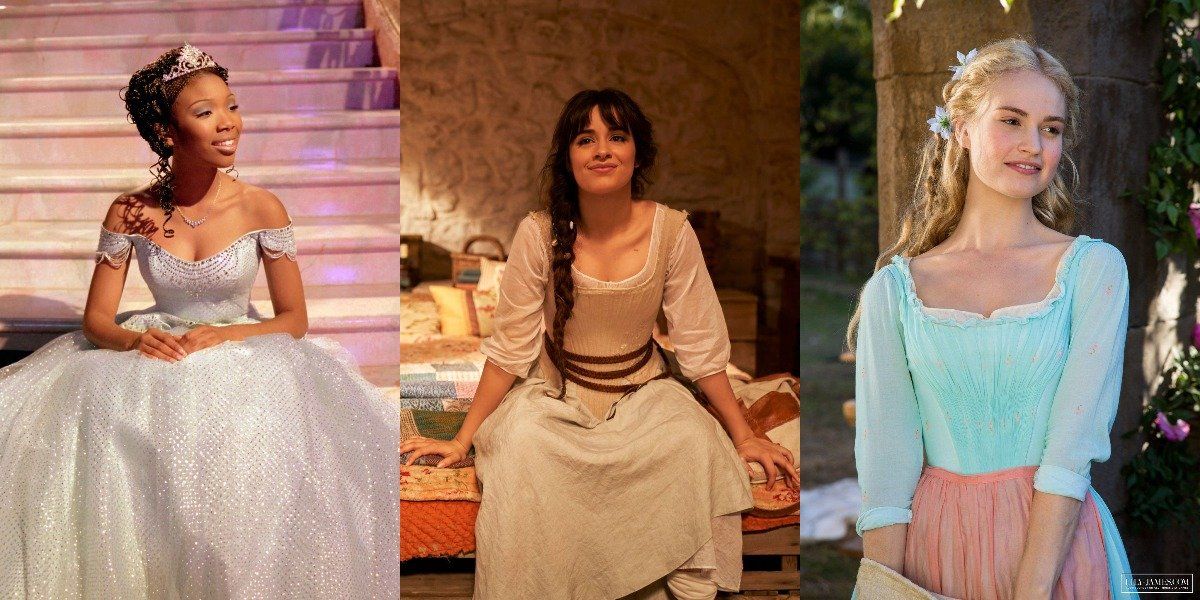 Have you heard the story about the mistreated girl who finds love and leaves a glass slipper behind at a ball? Cinderella may appear to be an ancient story, but there’s a reason it’s still popular. It has somehow managed to transmit the same type of dreaming enchantment across eras and entertainment platforms. It’s easy to think of Cinderella simply in terms of Disney’s animated version; yet, the live-action versions of the narrative have the same essence and spirit that continues to draw us in.

Below are the best live-action Cinderella movies according to us.

Cinderella (Brandy) suffers from the torture of her wicked stepmother (Bernadette Peters) and terrible stepsisters Calliope (Veanne Cox) and Minerva (Natalie Desselle). Until her Fairy Godmother (Whitney Houston) intervenes to change her life for one wonderful night. She falls for Prince Christopher (Paolo Montalban) at the ball. His parents, King Maximillian (Victor Garber) and Queen Constantina (Whoopi Goldberg), are eager for him to find a suitable paramour.

Following her father’s untimely death, Ella (Lily James) is forced to work as a scullery maid by her nasty stepmother (Cate Blanchett) and stepsisters. She refuses to give up despite her surroundings. Ella hopes to meet the dashing stranger (Richard Madden) she met in the woods when she receives an invitation to a palace gala. But her stepmother forbids her from attending. Help comes in the guise of a sweet beggar woman with a magical touch for everyday items.

Also Read :  Films That Will Boggle Your Mind

The musical adaptation of the classic fairy tale by Rodgers and Hammerstein. Cinderella is a teen girl who is compelled to perform all of the household chores in the home she shares with her coldhearted stepmother and uninteresting stepsisters. Cinderella shares a cup of water with a thirsty and gorgeous traveller one day when she is home alone. Not realising until he continues on his journey that he is the kingdom’s crown prince. Shortly after, the king and queen throw a royal ball for every young maiden in the realm in order for the crown prince to find a bride. Cinderella’s stepmother and stepsisters attend the ball, leaving Cinderella alone to fantasise about her life. Her fairy godmother appears to her while she is daydreaming, granting her wishes.

Before narrating the “real” narrative of her ancestor, the Brothers Grimm arrive at the home of a wealthy Grande Dame. He speaks of the many legends surrounding the fable of the cinder girl. The plot then shifts to Danielle, an eight-year-old girl who is the daughter of a wealthy widower, a 16th-century landowner. He died of a heart attack after returning to France with his new wife Rodmilla and her two daughters. Danielle is now treated as a servant by the trio ten years later. Fortunately, she meets Prince Henry, who is attempting to avoid an arranged marriage. The Prince becomes interested in Danielle after she poses as a Lady. Accepting the French court’s patronage, inventor-artist Leonardo Da Vinci counsels Prince Henry on issues of the heart.

Samantha Montgomery, also known as “Sam,” had a difficult childhood due to her father’s death in an earthquake. Along with a new stepmother who had two horrible girls. Sam, on the other hand, has a fantastic best friend named Carter and an e-mail relationship with a guy named Nomad. Sam receives an e-mail from her Nomad one day. Inviting her to meet him in the centre of the dance floor at their high school’s Halloween party. She graciously accepts the offer and enters the room dressed to the nines. Sam discovers that her e-mail friend, Austin Ames, is the most popular boy at school when Nomad takes her outside for a romantic dance. She dashes back to her stepmother’s café. Before she realises she was at the dance, dropping her phone in the process. Austin discovers it and begins his hunt for Cinderella.

Prince Edward, heir to the throne of Euphrania, is expected by the King and Queen to find a wife and settle down, in this beautiful retelling of the famous Cinderella narrative. To that purpose, they are planning a court ball to which they will invite all the Princesses they can find. Meanwhile, Cinderella’s beloved father has recently passed away. When her greedy Stepmother and pampered stepsisters relegate her to the level of a servant in her own home, things go much worse for her. Her Fairy Godmother, on the other hand, is waiting in the wings to make sure she attends the ball and meets the Prince. It’s up to them to do the rest.

Ella is the only unhappy person in a little, idyllic European community. Everyone dislikes her, and her stepmother and stepsisters mistreat her. Ella encounters a lovely young man who falls for her while out feeling awful one day. He is actually Prince Charles, the Duke’s son, but he claims to be the son of the cook and invites her to the Duke’s castle for a grand ball. Ella is befriended by a strange woman who lives alone in the mountains and dresses her up for the ball. She goes and has a terrific time, but she has to leave at midnight. She drops a single glass slipper in her haste. The Prince uses the glass slipper to track her down.

This is the story of Ella, a young woman who was granted a “gift” of obedience by a fairy named Lucinda, based on Gail Carson Levine’s award-winning novel. Anything someone instructs her to do, she must do. When her mother dies, her father, who is thoughtless and rich, remarries a despicable woman with two wicked daughters, takes care of her. Fairies, ogres, and elves are featured in this modern-day fairytale Cinderella narrative, as well as a hero in the form of Prince Charmont, whom Ella falls in love with. Unlike Cinderella, she must rely on herself and her intellect to help her through her difficulties and find Lucinda in order to break her “curse”.