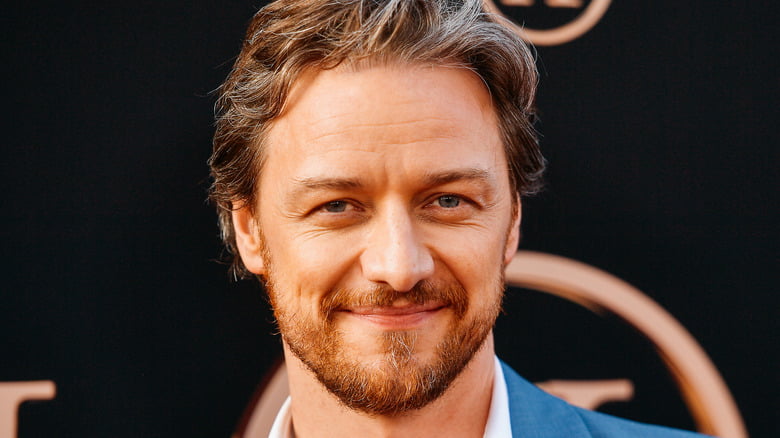 James McAvoy is one of his generation’s most promising actors. McAvoy has done an excellent job of broadening his filmography. McAvoy’s career is still intriguing, with award-nominated dramas, experimental indie flicks, and massive blockbusters. He’s the kind of performer who can save a poor film. Fans of McAvoy can still expect another season of His Dark Materials, as an HBO adaptation of The Amber Spyglass is already in process. Here are the top nine James McAvoy performances of all time.

Three weird garbage collectors make a wonderful forecast for head chef Joe Macbeth’s future in a modern version of William Shakespeare’s “Scottish tragedy.” Macbeth makes plans to buy the high-class Glaswegian restaurant where he and his wife Ella both work, with the encouragement of his wife Ella. The first step is to assassinate famed chef and restaurant owner Duncan.

During World War II, Peter, Susan, Edmund, and Lucy are transported from London to the home of an eccentric professor. They are bored with life in the house until Lucy discovers a wardrobe that leads to Narnia, a mythical country where animals can communicate and are ruled by the wise and kind lion Aslan. The others don’t believe her at first, but after going through the wardrobe, they realise something is wrong in Narnia. The terrible White Witch, Jadis, keeps the land in everlasting winter by turning everybody who doesn’t obey her into stone. In an attempt to defeat Jadis, the youngsters join Aslan and his loyal animals.

When Erik Lehnsherr’s mother is transported to a detention camp in Poland in 1944, he unleashes his magnetic power. Dr. Sebastian Shaw, who is malevolent, summons Erik to his office and murders his mother, boosting Erik’s abilities. The rich Charles Xavier meets the mutant Raven in New York and asks her to stay at his manor. Moira MacTaggert, a CIA spy, discovers mutants working with Shaw in 1962 and encourages Professor Xavier to recruit mutants for the United States government. Raven, Erik, and a group of young mutants join Xavier. They find sooner or later that the evil Shaw intends to start a nuclear war in order to destroy the planet and enhance his authority.

Briony Tallis, a thirteen-year-old aspiring writer, misinterprets what is going on when she sees her older sister Cecilia and Robbie Turner at the fountain in front of the family estate, setting in motion a series of misunderstandings and a childish pique that will have long-term consequences for all of them. Robbie is the son of a household servant who has always been treated with respect by the family. They covered his tuition at Cambridge, and he now intends to attend medical school. Briony reads a letter addressed to Cecilia after the fountain incident and decides that Robbie is a deviant. When her cousin Lola is raped, she informs the cops that Robbie was the one who did it.

Kevin Wendell Crumb, a shattered man suffering from Dissociative Identity Disorder, preys on the naive art-class classmates Casey, Claire, and Marcia in broad daylight after an innocent birthday party at a mall. Kevin is home to not one, but twenty-three different and suppressed personalities; nevertheless, among the throng that plagues him, some are unavoidably more malevolent than others. The mysterious 24th “Beast” identity will emerge in all its grandeur, as an amalgamation of Kevin’s attributes and the pinnacle of human growth, sooner or later.

Scheming Bruce Robertson, a racist and unscrupulous cop, is up for promotion and will go to any length to acquire it. Enlisted to solve a terrible murder and threatened by the ambitions of his colleagues, notably Ray Lennox, Bruce sets about guaranteeing their demise, right in front of Chief Inspector Toal’s eyes. Bruce begins to lose control of his deception as he turns his coworkers against one another by stealing their spouses and exposing their secrets. His history is slowly catching up with him, and a missing wife, a terrible drug habit, and suspicious coworkers are beginning to wear him down.

After the assassination of a fellow undercover agent, Lorraine Broughton is dispatched to Cold War Germany to see her contact, the station chief, David Percival, just before the fall of the Berlin Wall in 1989. Lorraine must fight countless waves of hard-as-nails KGB operatives and ruthless minions in the bowels of a city at boiling point in order to obtain a vital microfilm with the names of every British spy.

A fine-art auctioneer named Simon joins a band of robbers commanded by Franck in order to steal a precious Goya artwork. Simon sustains a head injury during the theft and wakes up with no recollection of where he stashed the artwork. When torture and physical threats fail to jog Franck’s memory, he seeks the help of Elizabeth, a hypnotherapist. The lines between truth and deception begin to blur as Elizabeth examines the depths of Simon’s mind.

Mark Strong is a well-known bank robber, and Max Lewinsky is an obsessed cop. Welcome to the Punch isn’t particularly unexpected, but the superb main performances elevate the material. Max Lewinsky has just one goal in mind: to atone for his crimes. He is humiliated by his failure to stop Jacob Sternwood during the opening sequence and endures an uncomfortable press cycle as a result. During the heist, Sternwood saved Max’s life, but Max is beginning to regret not pulling the gun.