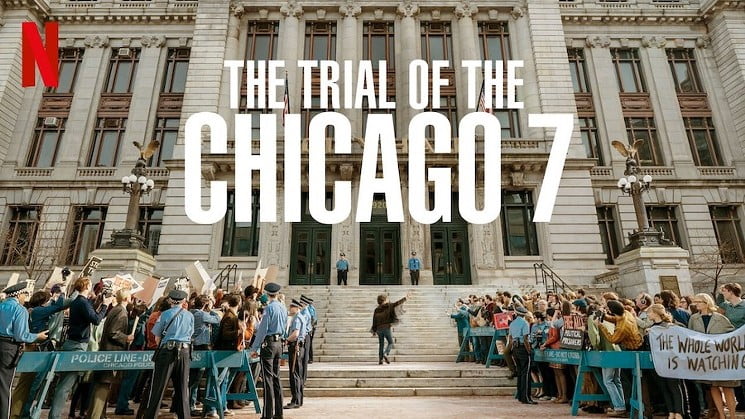 What makes a legal drama truly gripping is the corrupt legal system, injustices revealed, and more plot twists that shake. Perhaps the other reason that makes courtroom dramas more reliable is that films follow time-honored protocols. The drama follows the machinery of having a fight where there is a bastard judge. There is a bastard main prosecutor in a fancy suit which leads to their acceptance that the protagonist was right all along.

Below are some courtroom dramas that attempted to represent the judicial system in the right manner.

In a close argument in a murder trial, a jury of 12 members verdicts the sentence of an 18year old impoverished youth. The members try to come to a unanimous decision for the case, as guilty. However, the #8 juror casts doubts on the elements of the case. Hence, the juror fights for the notion that the youth is innocent.

12 Angry Men, the directorial debut by Sidney Lumet is one of the most popular courtroom dramas of all time. The film shows the perspective of the worldview. It gave the warning to the crumbling America amongst itself. It is built on the focus of men in confronting their moral biases whilst evaluating the decision.

Young Harvard grad, Bryan Stevenson heads to Alabama in order to defend the wrongly condemned and give them a proper chance to represent themselves. In his first case of Walter McMillian gives him what he was looking for. McMillian is sentenced to die in 1987 for murdering an 18-year-old girl. Within time, Stevenson finds himself subjected to all-white establishments and encounters racism.

Directed by Destin Daniel Cretton, Just Mercy is based on the memoir. The character of Stevenson beautifully brings out emotions of vulnerability and humility. The film emphasizes the importance of resistance to unfair institutions. It described the racism, cruelty that pervaded America that led to the abuse of minorities.

In 1967, 7 defendants were sent to trial, charged by the federal government with conspiracies. However, the decision led to the countercultural protest at the 1968 Democratic National Convention. It bewitched the nation which led to the conversation of mayhem in order to sabotage the U.S. Government.

Streaming on Netflix, The Trial Of Chicago 7 by Aaron Sorkin is for the youth and by the youth. The film has a relevant adaptation with very poignant acting of the artists. The film is very important as it throws light on the cultural clash happening in the nation.

When Manhattan’s advertising executive, Ted Kramer holds the biggest account of his career, the same day he discovers that his wife, Joanna Kramer is leaving him and their young son. Ted is forced to raise his child alone with the help of another single parent, Margaret. When everything becomes normal, Joanna comes back to claim custody of her son, the court battle takes place.

Directed by Robert Benton, Kramer VS Kramer offers the dirty business and visuals of the hurting process of a child’s custody. It provides a glimpse of the difficulties of single parenthood which a large amount of the population is going through in today’s world. It aptly deals with women’s rights, equality of genders, and their roles.

Brilliant attorney, Hank Palmer returns to his hometown after finding that his mother has passed away. In return, the tension between him and his father, The Judge, Joseph Palmer grows. As he prepares to depart, his father gets arrested for a hit-and-run death. Despite his resents and objections towards his father, Hank takes on his father’s defense.

The Judge, directed by David Dobkin is an adult drama with old-fashioned vibes. The film promises a rollercoaster of emotions. The court scenes presented in the film surely give goosebumps.