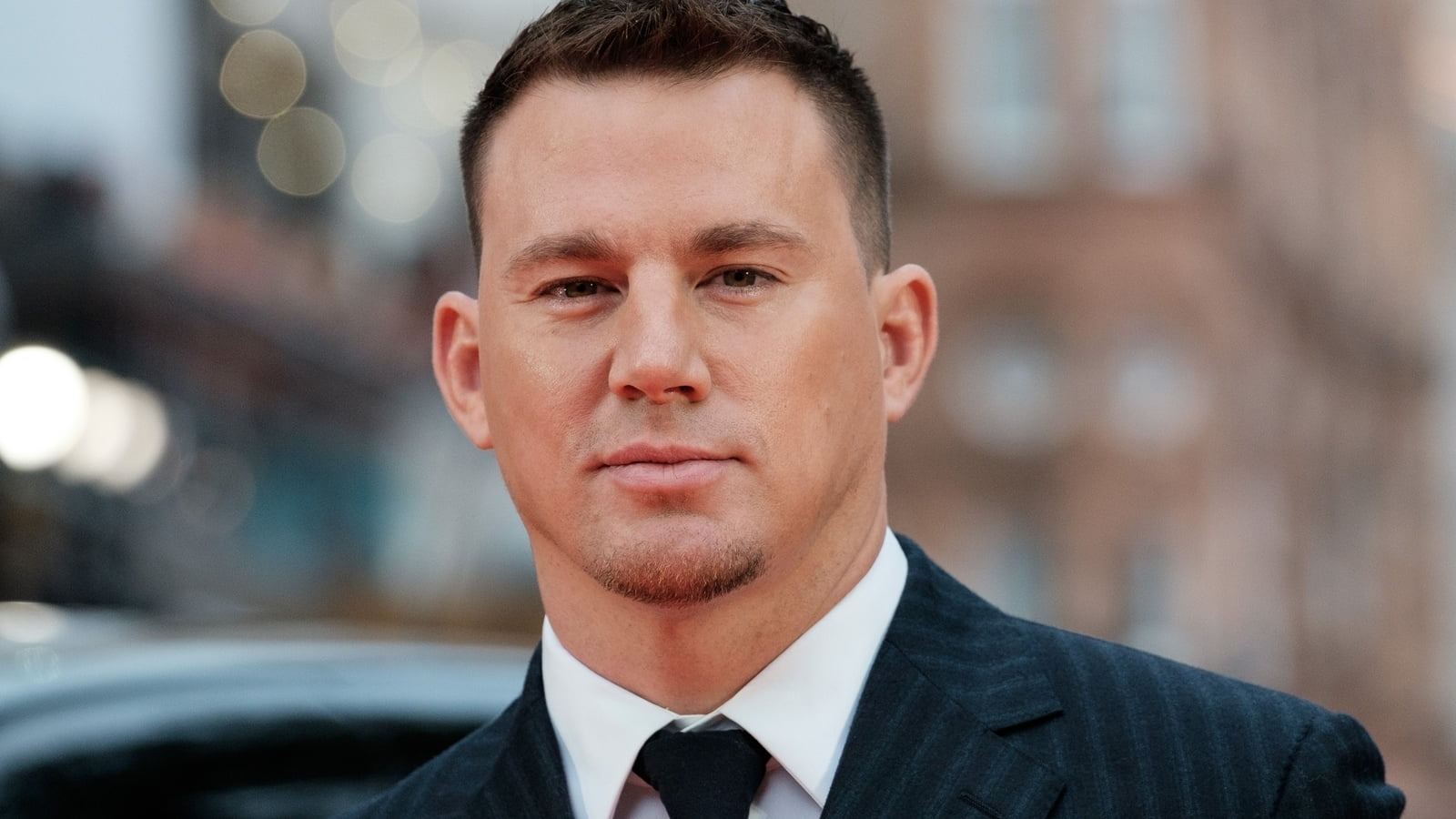 Since 2017, Channing Tatum has only appeared in cameos and voice roles on the big screen. Following his comeback in Dog, the actor is back in full force with The Lost City, in which he collaborates with Sandra Bullock. Given the renewed interest in Tatum, it’s interesting taking a look at the best list of projects he’s worked on. Below are ten of the best Channing Tatum films.

Dave and Mark Schultz are brothers, Olympic gold medalist wrestlers, and training partners (both from the Soviet-bloc boycotted 1984 Olympics). Dave has always been the more experienced and successful of the two. With Mark largely following in his footsteps, even in his own triumphs, which mostly attributes to Dave. In 1987, Mark gets recruite by John du Pont, a fifty-year-old chemical business executive. To train under his guidance at his family’s home. Foxcatcher, which du Pont would later use as the name for his athlete camp.

Despite knowing nothing about du Pont, Mark is persuading that greater public awareness would give Mark and the sport the fame they so rightfully deserve. Particularly in the United States, given to John’s sense of nationalism and apparent pride in the sport. Du Pont would also offer Mark a lot of leeway in selecting his training companions. The identical proposal is offered to Dave through Mark, but he declines. Since he does not want to uproot his family and relocate to the Foxcatcher estate in Pennsylvania. Du Pont considers himself a Renaissance man and philanthropist, with other interests include ornithology. That he has written about, philately, and being a freestyle wrestler.

Jimmy Logan has been fired from his position as a construction worker at Charlotte Motor Speedway. Jimmy goes to see his ex-wife Bobbie Jo to pick up his daughter Sadie for a beauty pageant practise. He finds out that she and her new husband are relocating to Lynchburg, making it much more difficult for Jimmy to visit. Jimmy visits a tavern owned and operated by his brother Clyde. An Iraq War veteran who lost his hand in the conflict. Max Chilblain, a haughty British businessman and owner of a NASCAR team. e arrives with his entourage and taunts Clyde, resulting in a brawl with Jimmy.

Meanwhile, Clyde uses a Molotov cocktail to set fire to Max’s automobile. Jimmy yells “cauliflower” on his way out. That Clyde knows as a code word they used when they were young boys. The next day, Jimmy outlines his plan to rob the Speedway, using his expertise of the Speedway’s pneumatic tube system to transport money.

The wicked Lord Business discovers a super-weapon dubbed the “Kragle” in the mid-2000s in the Lego universe. It is fill with anthropomorphic mini-figures. Vitruvius, a sorcerer, tries to stop him but is blind by Business’s robots. Vitruvius predicts that before Business leaves with the weapon. A person known as “The Special” would discover the “Piece of Resistance,” a brick capable of stopping the Kragle. Building worker Emmet Brickowski discovers a woman, Wyldstyle, searching for something at his construction site after hours in the city of Bricksburg, eight and a half years later.

Batman continues to protect Gotham City and battle crime in the Lego Universe. During his most recent mission to prevent Joker from destroying the city, he wounds his arch-feelings rival’s by telling him he isn’t as essential in his life as he believes he is. By prompting Joker to seek ultimate vengeance on him. The next day, Batman’s alter ego, Bruce Wayne, attends the city’s winter gala, which honours both Commissioner Gordon’s retirement. Also, is daughter Barbara’s appointment as the city’s new police commissioner. Only to be enrage by Barbara’s plans to restructure the police so that they can function without Batman.

With the exception of Harley Quinn, who vanishes in the midst of the chaos, Joker interrupts the party with the city’s other villains. They all surrender. Batman plots to steal Superman’s Phantom Zone Projector. A gadget that can transport anybody to the Phantom Zone, which contains some of the most dangerous villains in the Lego multiverse.

Despite being with her husband,again after his release from prison, Emily Taylor suffers from acute depression and attempts at suicide. Jonathan Banks, her psychiatrist, provides an experimental new medicine called Ablixa after consulting with her prior doctor. Emily kills her husband in a “sleepwalking” state as a result of the drug’s negative effects. The case appears to be resolve now that Emily has agrees to commit to a mental institution and Dr. Banks’ career is disintegrating around him. Dr. Banks, on the other hand, refuses to take full responsibility and conducts an investigation to clear his name. What follows is a bleak journey that threatens to shatter what’s left of his life even as he learns the evil truth behind this catastrophe.

Eddie Mannix is the fixer, also known as the property protection head, of the prominent Hollywood company Capitol Pictures. There, he deals with anything that affects performers, scenery, legal issues, and scandal press. In 1951, he is offer a ten-year contract by Lockheaed, but he is hesitant to leave his dream factory. Creation of the Bible Star Baird Whitlock is kidnapp to a beach home by a communist collective. It is primarily composed of authors seeking fair remuneration through a ransom. He manage to persuade the star to collaborate. While sent on a false planned date with an actress, Western star Hobie Doyle, whom the studio owner instructed to step in as star in main part in a romantic non-action film, proves useful.

Mike Lane, a thirty-year-old from Tampa, Florida, is a writer. He works as a roofer during the day and is the main attraction of the Kings of Tampa. A gang of male strippers, at night as Magic Mike. He secretly wants out in order to expand a planned furniture-making firm. But despite his substantial resources, his credit rating prevents him from obtaining a bank loan. Mike’s teen-aged coworker Adam follows him to the club one night, and when one of the acts is unable to perform. He is persuaded to strip, which he does, becoming a tremendous success. However, success has gotten the best of him, and his rash decisions are jeopardising not only his sister Brooke’s relationship with Mike, but also his own ambitions.

Also Read :  Body Horror Movies That Are Not Directed By David Cronenberg

Schmidt and Jenko are high school seniors in 2005. One an honour roll student and the other a cool, athletic underachiever. By 2012, they’re rookie officers on bike patrol, partnered up and eager to make arrests. They’re sent undercover back to high school after a blunder to track down the source of a dangerous synthetic drug. Schmidt is assigned to the no-brainer classes, where he auditions for Peter Pan and falls in love with Wendy. Whereas Jenko is assigned to AP classes, where he is surrounded by high-achieving dweebs. Schmidt has delusions of grandeur as a result of his second opportunity at high school, which endangers the operation.

Officers Schmidt and Jenko will undergo significant changes when they go deep undercover at a local college after completing high school twice. However, when Jenko meets a kindred spirit on the football team and Schmidt infiltrates the bohemian art major scene, their partnership is called into question. They now have to figure out if they can have a mature relationship in addition to cracking the case. College might be the best thing that ever happened to these two overgrown teenagers if they can mature from freshman to actual men.

John “The Hangman” Ruth, a rough bounty hunter in post-Civil War Wyoming, risks an impending blizzard to carry his shackled prisoner, Daisy Domergue, to Red Rock to stand trial for murder. With the impending snowfall, John and his new unsavoury travelling companions, Major Marquis Warren, a fellow bounty hunter, and Chris Mannix, Red Rock’s soon-to-be-appointed sheriff, would have no choice but to take shelter in Minnie’s Haberdashery. But there’s another unwelcome encounter in store, when four more mysterious individuals join this already tumultuous group. The cruel eight must suffer each other till the storm subsides, engulfed in this unforgiving white hell.

Channing Tatum has proven himself as a master entertainer, and for this reason, many people consider him to be the epitome of hotness. His films are renowned for their ability to win over audiences, despite the fact that they are seldom nominated for any major awards. To demonstrate the supremacy of his work, here is my personal list of the best Channing Tatum films.