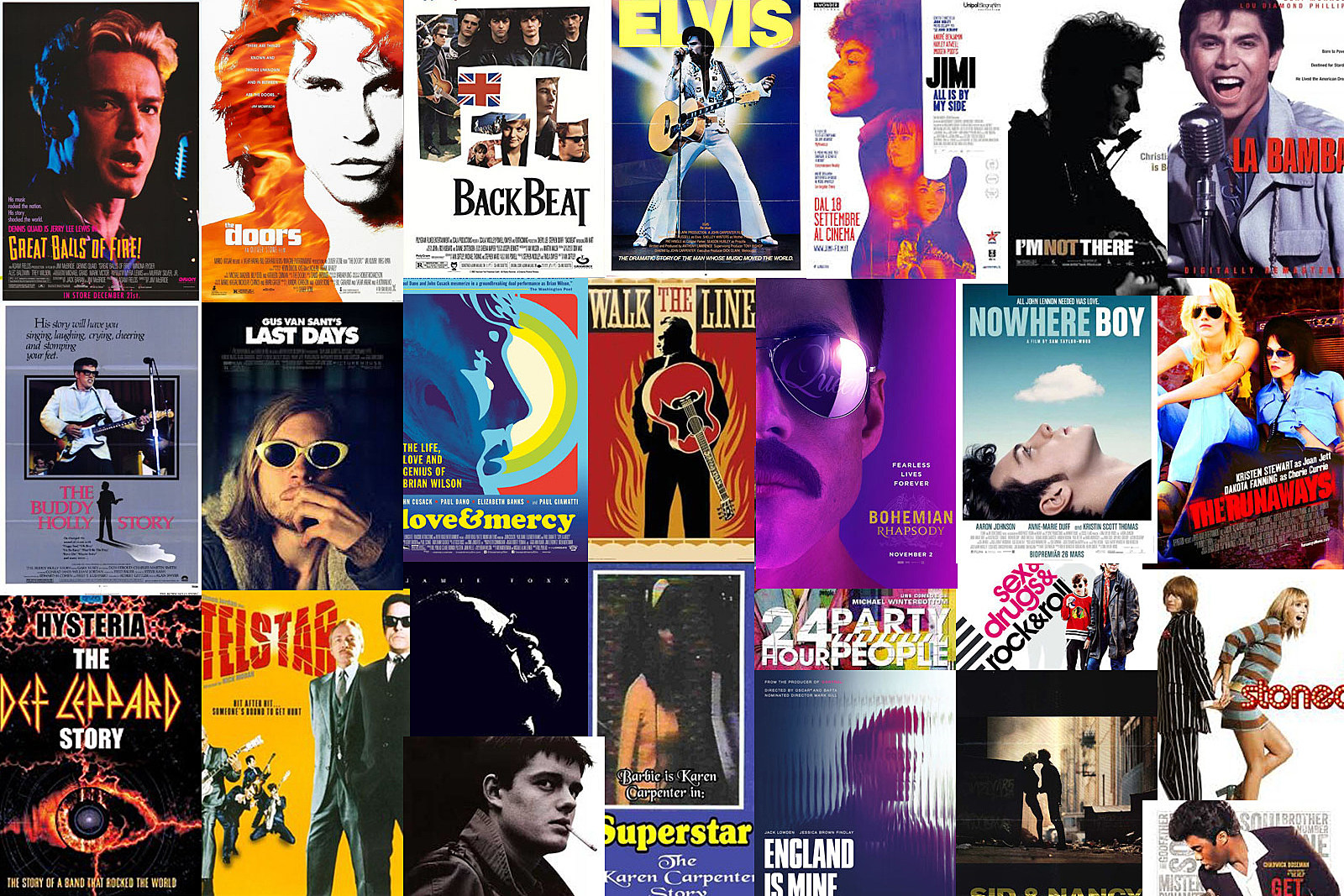 Best Biopics, According To Ranker

The success of this particular film genre is evidenced by the recent release of Elvis, the new Baz Luhrmann biopic that centres on one of the most significant personalities in music history. Another excellent effort has been made by the filmmaker to showcase true events and stories that have appeared in theatres over the years. Below are a few more excellent biographical films that Ranker users have kindly recommended.

Oskar Schindler, a businessman, arrives in Krakow in 1939 with plans to profit from the conflict that has just begun. He largely joined the Nazi party for political reasons, and for similar political reasons, he hires Jewish workers for his factory. In order to keep his business running as the SS starts killing Jews in the Krakow ghetto, Schindler makes plans to protect his employees. However, he soon discovers that by doing this, he is also saving innocent lives.

The mafia lifestyles of three significant figures in New York throughout the 1960s and 1970s are shown in this movie. In a neighbourhood filled of the strongest and most violent people, local youngster Henry Hill has become a gangster. Henry’s closest friend turns out to be Tommy DeVito, a purebred gangster. Together, Jimmy Conway orchestrates some of the largest hijackings and robberies the community has ever seen. In order to enjoy the luxurious life he has always desired after serving a lengthy prison term, Henry must slip behind the local mob head, Paulie Cicero. In the end, the buddies find themselves in a terrible situation and must do everything it takes to save one another and survive.

While serving in the Air Force in Germany during his service, Johnny Cash—who was born and raised in Arkansas—purchased a guitar. After the war, he married. He recorded a song in Memphis with two other men while singing and playing. As his reputation grew via radio play and live performances, Cash rose to fame and began touring with artists like Jerry Lee Lewis and others. He experienced the consequences of his drug addiction while on tour. He also met June Carter, his future wife. Cash performed a renowned concert for the inmates in Folsom Prison in California as a response, in part, to fan mail he received from prisoners.

The life story of the iconic rhythm and blues performer Ray Charles is unquestionably one-of-a-kind. Ray Charles, who was born into a poor household, experienced the horrible event of seeing his brother drown, which had a devastating impact on his eyesight and caused him to become blind by the age of seven. When Ray Charles lost his mother at the age of fifteen, he made the decision to strive for his ambition, and he was successful. However, music and sounds were always Ray Charles’ sanctuary. Ray’s extraordinary talent and charismatic personality made for an explosive mix that astounded 1940s and 1950s America. With the way he performed his songs, his distinctive suit and black glasses, and the broad smile on his face, Ray Charles, a true pioneer, ignited a musical revolution.

1960s New Rochelle era. Frank Abagnale Jr., a high school student, looks up to his troubled father who works for the IRS. Frank flees to Manhattan with $25 in his bank account after his parents divorce, promising to make up for his father’s losses and get his parents back together. A few years later, the FBI discovers him in France. He is apprehended, extradited, tried, and imprisoned for passing more than $4,000,000 in fraudulent checks. He has pretended to be a Pan Am pilot, a paediatrician, and an attorney along the road. Additionally, an unflappable FBI agent named Carl Hanraty has been after him from almost the start of his criminal career. What begins as a game of cat and mouse turns into a father-son relationship.

To leave a lasting legacy to the field of mathematics, John Nash struggles to accomplish anything significant at Princeton University. Finally, he achieves a ground-breaking success that will ultimately result in him winning the Nobel Prize. He starts teaching after graduate school, when he falls in love with one of his pupils, Alicia. While this is going on, the government enlists his assistance in deciphering Soviet codes, which quickly involves him in a frightening conspiracy. Until he makes a discovery that upends his entire universe, Nash becomes more and more suspicious. He can only recoup his mental stamina and resume his position as the accomplished mathematician we know him to be today with Alicia’s assistance at this point.

The Janus-like nature of Las Vegas is captured in this Martin Scorsese film. It has both a glittering, beautiful face and a cold, heartless one. In order to make their imprint, gangster pair Ace Rothstein and Nicky Santoro relocate to Las Vegas. They live and work there. The specifics of the mob’s involvement in the casinos of the 1970s and 1980s are exposed when seen from their perspectives, one acting as a counterbalance to the other. Nicky, a fierce strongman and his childhood pal who robs and connives with the locals, is the slick manager of the Tangiers casino, while Ace is it. Ace falls in love with Ginger, a hustler, and Nicky becomes sucked into a vicious cycle of drug use and violence. However, they all have catastrophic flaws.

The elderly Antonio Salieri tells a priest about his interactions with the talented composer while claiming to have slain Wolfgang Amadeus Mozart. When Mozart and Salieri first met, the latter was the Austrian Emperor Joseph II’s court composer. As a big supporter of the arts, the Emperor immediately requested that Mozart create an opera in German, as opposed to the more usual Italian. Salieri admires Mozart’s brilliance while also finding it obnoxious, juvenile, arrogant, and childish all at same. Mozart is used by Salieri to drive him somewhat insane, into a downward spiral of ill health, and ultimately to his death because of his tough relationship with his father and his remorse about being a lousy son.

Loretta Webb marries Doolittle Lynn at the age of 13 and is soon in charge of a big family. She seems destined for a life of housekeeping, until Doolittle discovers his wife’s musical potential and gives her a guitar one year as an anniversary gift. The busy 18-year-old mother of four yet finds time to write songs and perform them in neighbourhood honky-tonks and small fairs. With this gift, Loretta Lynn embarks on the arduous and turbulent journey to superstardom and the pinnacle of country music.