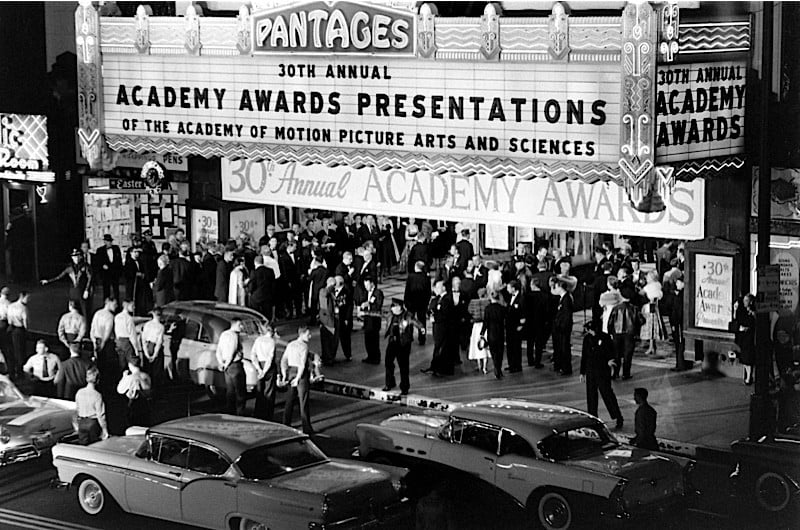 One of the oldest cinematic genres is the historical epic. The strong characters, larger-than-life sceneries, and massive action sequences are not only aesthetically engaging. But also make an indelible effect on the spectator. The Northman has already established itself as a leader in the historical genre, ranking among the top films of 2022 thus far. The Northman has jog our recollections of all the amazing historical films that have been made over the years. So, with our top picks of award-winning historical films in chronological sequence, we decided to honour history through cinema.

Viking raiders continue to strike the English shoreline in the Middle Ages. Ragnar, the Viking captain, kills the English king and forces himself on the Queen during one of these raids. With the King dead, his brother ascends to the throne, but the Queen is now pregnant, unknown to anyone but a devoted servant. To keep the boy safe, he is sent away to be raise away from the new King. Twenty years later, the Vikings are still raiding England, and an Englishman named Egbert is preparing maps of the English coast for them.

Einar, Ragnar’s son, is a lustful warrior who takes what he wants, when he wants it. They also have a slave name to Eric who gets kidnap as an infant. Egbert discovers that Eric is the Queen’s son and Einar’s half-brother thanks to a necklace he wears. The stage is set for an eventual battle between the half-brothers. The ruling English King when they abduct Morgana, a Welsh beauty and the English King’s fiancée.

Prince Judah Ben-Hur is in overjoy when he learns that his childhood friend Messala has appoint to lead the Roman troops in Jerusalem. However, he quickly discovers that his comrade has morphed into an arrogant conqueror oozing with Roman grandeur. Messala decides to make an example of Judah by sending him off as a galley slave after he refuses to give the names of Jews who oppose Roman control. Judah survives the galleys and returns to Jerusalem with the hopes of locating his mother and sister. They were also enslave, as well as exacting revenge on his former comrade.

Before the birth of Jesus and the new faith known as Christianity, an ignorant slave woman gives birth to a proud, rebellious son named Spartacus in the conquered Greek province of Thrace. Spartacus is sold before he turns thirteen, and he is sentenced to a lifetime of backbreaking labour in Libya’s inhumane mines, where he will be whipped and chained while working under the hot heat. Instead of finding freedom and the end of slavery, Spartacus finds himself in the gladiatorial school of Lentulus Batiatus, a Roman businessman, where he forms a formidable revolutionary army.

Spartacus leads an unstoppable army of former gladiators and slaves to the Italian port of Brundisium in 73 BC, and General Marcus Licinius Crassus, an ambitious and combative Roman senator, is entrusted to defeat the insurgents. As Crassus uses the armed insurrection to acquire political power, Spartacus and his army find themselves more stuck between two armies with their backs to the sea.

William Wallace is a Scottish rebel who organises an insurrection against the ruthless English ruler Edward the Longshanks, who wants to take Scotland’s throne for himself. William Wallace’s father and brother, along with many others, died trying to free Scotland when he was a small lad. With the help of Robert the Bruce, William Wallace begins his lengthy quest to free Scotland once and for all after losing another of his loved ones.

To the chagrin of his proud and unhinged son, Commodus, the weary and dying emperor Marcus Aurelius selects his loyal and triumphant commander Maximus Decimus Meridius as his successor and defender of Rome in 180 A.D. Rome. Instead, death and entrapment await Rome’s hero, as the enraged and blinded competitor orders his murder, only to end up as a slave to Proximo, a former gladiator. A new Maximo will rise as a gladiator from the wide deserts of North Africa, chopping and stabbing his way up to Mother Rome and the unwitting dictator Commodus.

Captain Nathan Algren, a former Civil War warrior and now an angry alcoholic, is offered the opportunity to train the Emperor of Japan’s inexperienced army in 1876, while still tormented by the crimes of American-Indian tribes. However, Algren will be caught as a prisoner of war when the Imperial soldiers are rushed into action too soon against the seasoned men of the samurai leader, Katsumoto. Katsumoto spares Algren’s life in order to learn more about his foe, only to see him slowly adopt Bushido, the samurai’s dying code. Nathan is now up against an altogether new foe.

It is the late Bronze Age, 1250 B.C. After Helen, Queen of Sparta, is persuaded by Paris, the Trojan prince, to abandon her husband, Menelaus, and sail back to Troy with him, two burgeoning states clash. Menelaus approaches his brother Agamemnon for assistance after learning that his wife has been kidnapped by the Trojans. This is an opportunity for Agamemnon to gain power, according to him. As a result, they set sail for Troy with 1,000 ships and 50,000 Greeks. The Greeks are able to overcome the Trojans for the first time thanks to Achilles’ support. Hector, Prince of Troy, brings them to a halt.

In 1184, grieving over the death of their child, French village blacksmith Balian commits suicide; the crusader Lord Godfrey, Baron of Ibelin, reveals himself as Balian’s father and offers him a crusader life, which the youngster initially rejects but accepts after the local priest taunts him ’til his sword strikes fatally, fleeing the French bishop’s bloody justice and seeking divine forgiveness as promised to crusaders On the way, Balian’s father, who was severely wounded fending against the bishop’s troops, teaches him battle skills and the chivalric honour code, and he is dubbed a knight in Messina.

Also Read :  Top Films On Boxing Ever Made!

After a shipwreck on the Levantine coast, Balian quickly establishes himself as a superior knight as a fighter and noble idealist in the loyal service of leper King Baldwin, whose pragmatic right hand, the Count of Tiberias, fails to persuade Balian that the ruthless knight Reynald de Chatillon and his traitorous master, candidate-heir to the throne Guy de Lusignan, must be stopped by all means before they When Tiberias is revealed to be correct, he departs for Cyprus, leaving Balian to defend Jerusalem against unfathomable odds.

When the ambitious King Xerxes of Persia invades Greece with his massive army in order to expand his large slave empire, the heroic King Leonidas sends his personal bodyguard force of three hundred men to defend the Thermopylae Passage, the only land route to Greece. He holds Thermopylae with fortitude and his men’s superb battle skill until a traitorous Greek citizen informs King Xerxes of a secret goat route leading to Leonidas’ army’s back. In the meantime, his wife, Queen Gorgo of Sparta, is attempting to persuade the council to send the Spartan army to attack the Persians.

Around 1000 AD, the Scottish Highlands. The silent Norse warrior known as One Eye exacts brutal revenge on those who imprisoned him after impaling the head of his despised captor on a stake. One Eye and his nameless teenage sidekick embark on a journey to Jerusalem while roaming free in the harsh terrain, only to find themselves in an undiscovered, barren new world filled with danger instead of the Holy Land. But, beyond the lines of good and evil, One Eye is going to learn that the gods have already written his fate.