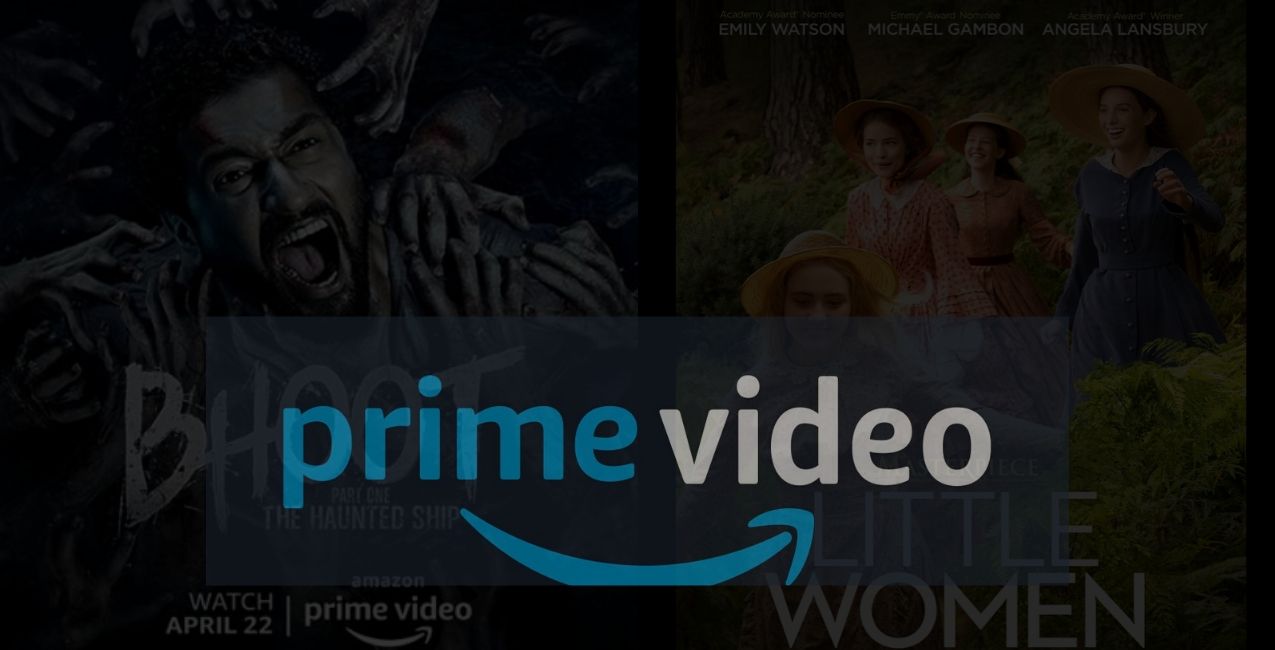 Ahem! hope this isn’t the case with you while you are watching Best Action Movies on Amazon Prime which you have picked randomly and it ended up not upto your taste.

The list of movies are endless in Amazon Prime Videos. And usually, it depends on your luck on whether you end up watching one of Prime’s best movie or a not-so-good one. But this article will change this luck as it brings to you the best movies (2020). Best Action Movies on Amazon Prime are binge worthy. It’s time you consider disconnecting your DTH which broadcast movies that are mundane, repeated and boring.

This article is both a combination of the latest movie reviews along with the best films on Amazon Prime of all time. It will save you the time to keep scrolling for movies and avoid losing interest. It will also save you some brain cells which you would have wasted thinking which would be the Best Action Movies on Amazon Prime right now.

Based on Louisa May Alcott’s immortal 19th-century novel (published in two parts in 1868 and 1869), writer-director Greta Gerwig’s Little Women created a buzz in the Hollywood town. This owes to the ensemble of exceptional talents like Saorise Ronan, Timothee Chalamet, Emma Watson, Florence Pugh and Laura Dern. The movie is surely an adaptation that is going to solidify to the greatest masterpiece ever written. Revolving around the life of four sisters, each with their quirky personality and ambition, the movie is for everyone with dreams and aspirations. It is indeed an inspiring story for anyone trying to mark their identity in society.

One of the Best Movies on Prime, Instant Family is based off a real life event starring Rose Byrne (as Ellie) alongside Mark Wahlberg (as Pete)  decides to foster three children. Lizzy is a sharp-but-troubled teenager with her two younger siblings, a sensitive boy named Juan and the tantrum-prone Lita. The comic of the film underlies in the couple’s dealing of these three children yet furnishes out the issues of foster care and adoption. Overall, it is a feel good family movie.

Also Read :  We Can Be Heroes Review An Enjoyable Kids Movie Ignored?

Gangs of Wasseypur 1 and 2

The film uses a chunk of stream of conciouness to establish its story since 1941 amisdt colonial India in Wasseypur (Dhanbad), rich in coal and scrap trade. The genre as a revenge tragedy drama highlights the animosity between the generations of Qureshis and Pathans which leads to bloodbaths, power struggles, corrupted politics, family feuds and gang wars continuing over three generations to avenge the initial dishonour and death of a predecessor. The movie mainly stars Manoj Bajpayee, Nawazuddin Siddiqui, Richa Chadda, Tigmanshu Dhulia, Piyush Mishra and Jaideep Ahlawat. Highlighting on the bold and “coal” bloodedness of the Pathan family, the movie is rather raw, completely maintaining the roots of Bihar where you might catch yourself laughing at their humor and sometimes cringe at the bloodbath. The plot is rather overwhelming.

In the backdrop of the Indo-Pakistan War of 1971, Meghna Gulzar’s Raazi is a sensational espionage thriller. Hidayat Khan is the son of an Indian freedom fighter. A patriot at heart, he serves as an informant for both the Indian and the Pakistani government. The story is based on his wishes that his 20-year-old daughter Sehmat (Alia Bhatt) continue the family heritage of being an agent. With this, she marries into a Pakistani military family to spy on the enemy prior to and during the War. Raazi is an eye-opening movie that raises the sense of patriotism and a spectacle of the effects of war on both countries. Its sub-themes are of immaculate love that knows no boundaries and is solely based on humanity.

This original Amazon thriller movie is yet another spine chilling, remarkable movie that chronicles the names, dates, flashbacks and systematically details the brutalities and torture inflicted by the CIA following the 9/11 attacks. Adam Driver taking the role of a staffer assigned to head up the investigation at the behest of Dianne Feinstein (Annette Bening). Having accumulated all the ugly truth, the apprehension to get it published is another central conflict of the movie.

The most iconic and comic film Borat, had a smashing comeback sequel. The mockumentary stars Sacha Baron Cohen who takes the role of a clueless reporter from Kazakhstan who somehow manages to mock the issues of 2020 like response to the pandemic, the increasingly vocal racism of America, and the grossness of Rudy Giuliani but however, sheds light to the reality and the whims of society. Borat is joined by his daughter, Tutar and this is the what makes it worth to be called the best movies to watch on Amazon Prime. It is enjoyable as the irony is double the times better and the mischievous pranks pulled off  by Borat on Americans and their culture is taken on another level.

“It’s just a slap.” What seems so simple  in the eyes of many and the circumstances surrounding it, Anubhav Sinha’s Thappad is a social drama shedding light on domestic abuse. While the plot is simple, it is honest and real because it resonates to any household; a woman as a wife, a man as a husband and for every girl brought up and taught to ‘bear’ patriarchy. Taapsee Pannu stars as a devoted wife whose routinely life and a loving married life completely goes into turmoil after she is slapped in a fit of rage by her husband. The central theme of the movie is women and marriage and how it binds all these women together in some way or the other. The quest for justice and divorce is a breakthrough of patriarchal norms.

Disclaimer: Attempt to flying on a broom is not recommended as it is performed under expert supervision even in the wizarding world.

The Harry Potter movies are one of the greatest franchise ever produced. It brings life to the fantastical novels written by J.K Rowling. If you have a knack for fiction, the

movies are literally a realistic sneak peek into the world of witches and wizards. You might need to reconsider binge watching again because everytime you watch it, the movie sheds more light to allusions and metaphors of life. Like, Harry, Hermoine and Ron’s everlasting friendship each with their own share of ups and downs to the Malfoy family trying to fit into either worlds of wizardry, and the Hogwarts school as a whole, the movie becomes a part of you and when you finally get to the end, you feel like you are family.

Also Read :  All You Need To Know About The Good Doctor Season 5

Honey Boy is another heart wrenching, raw and intimate semi-autobiographic story of the famous actor Shia Labeouf. Written by the actor himself, the movie is a protrayal of the ugliness of life of child actors in the rise of Hollywood stardom. Otis Lort and his child innocence faces the tribulations of dealing fame and juggling his personal life with an abusive and alcoholic father, James (Shia Labeouf). Each scene unfolds psychological layers and the wounded experiences of the boy during this teen years later becomes a scar reminding him of how his father resented him. Thus, leaves the father-son in a constraint relationship.

Lipstick under my Burkha

The title is rather a metaphor of life of women in patriarchal society. Although the movie landed a controversy, it is safe to say that it is not directed to any religious sentiment, rather the plot revolves around four women; Usha Parmar (Ratna Pathak Shah), Rehana Abidi (Plabita Borthakur), Shirin Aslam (Konkona Sensharma) and Leela (Aahana Kumra). All of them has their baggage of emotions to carry as all of their inner desires are supressed because of what society expects them to be. Issues regarding sexual desires, the desire to be financially independent and pursuit of self ambitions are all considered as taboo while these four women attempt to find their escape from patriarchal tyranny. As critics commented, “It has the ability to grab a person by the collar, shake them up and make them feel unsettled even if they refuse to introspect.”

Hereditary If you are in a mood for some horror, this movie is the perfect definition of a nightmare even during the day. The film is about trauma and how someone’s sins are inherited by their children. This is the same case with Annie (Toni Collette) and her mother Ellen and how their strained relationship affects Annie. You cannot expect excessive make up and supernatural, extraterrestrial beings, as this film at its core is realistic and more inclined towards the psyche of individuals, cults and occult society. A strong malicious aura, an evilness penetrates right from the beginning of the film. It is not a pleasant experience to watch as the movie includes gory scenes and suspense that will eventually culminate and blow your mind. 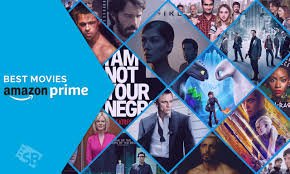 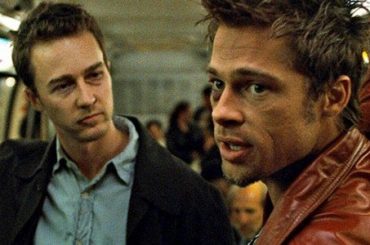 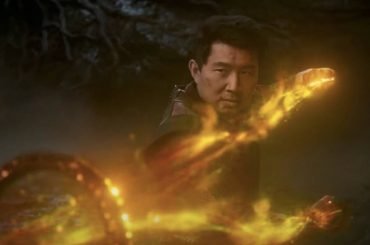