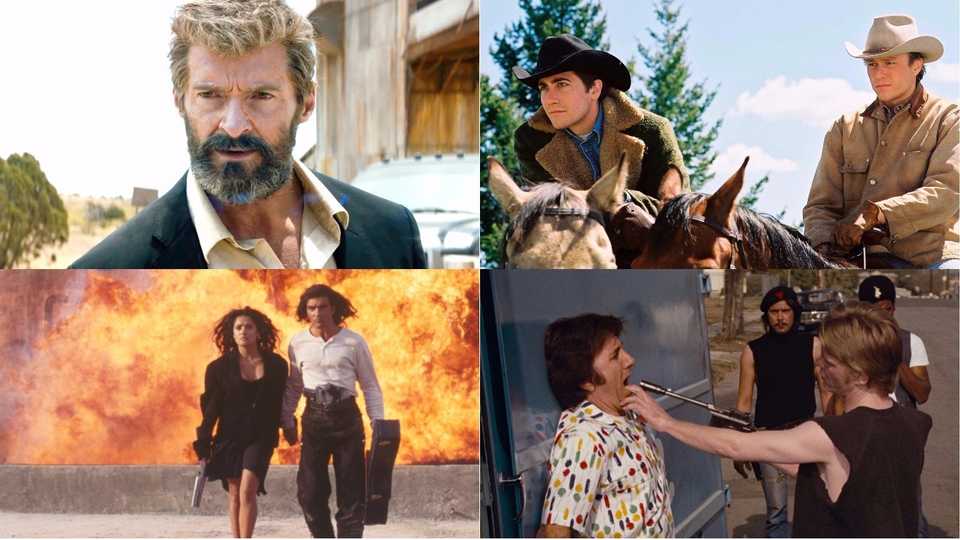 No doubt we loved the Cowboy Era of Hollywood in the 60s of a hot gunfighter on his horse and a gun in his hand riding in the desolate landscape of deserts.

However, keeping these iconic themes in mind, a new genre is growing rapidly, called Neo-Western. It has roots firmly planted from the time period of the 1940s-60s of Hollywood. The Neo-Western is a subgenre of western films that borrow themes and motifs from classic westerns but situate them in modern times. Instead of horses, saloons, and duels accompanied by tumbleweed, there are modern settlements in the southwest where law enforcement is following rogues in automobiles.

Below are some of the greatest Neo-Western films.

1. No Country For Old Men

Llewelyn Moss thinks he can keep it quiet after coming across a case of cash among the dead. But when silent killer Anton Chigurh tracks down Moss and his cash, the Vietnam veteran flees. It’s only a matter of time before Anton catches up with Llewelyn, with bodies falling everywhere. While all of this is going on, Sheriff Ed Tom Bell is in charge of the inquiry. Thereafter, he starts to see the country from a new perspective.

Several bodies are discovered after an FBI raid on a cartel residence in Arizona. Two local police officers get slain in a booby trap. Kate Macer, the operation’s head, gets a call to be at the Department of Justice conference. There, she is encouraged to join a special squad led by CIA Matt Graver tasked with fighting the cartels. Kate takes her idealistic companion Reggie Wayne, and the two join forces with the police department. They discover that the squad intends to cause havoc in the Sonora Cartel in order to induce one well-known kingpin to travel to Mexico to meet drug lord Fausto Alarcon and track down his whereabouts. But Kate soon discovers that Matt and Alejandro’s missions are completely unlawful. Therefore, she learns why she was in the team.

A body is discovered in the little Texas town of Rio County, with a Rio County Sheriff’s badge on it. The general consensus now is that the body belongs to Sheriff Charlie Wade, who tormented and abused the majority of minorities during his tenure. He simply vanished one day. Some believe that Buddy Deeds, one of his deputies who stood up to Wade, killed and buried him. He’d win Wade as Sheriff and be a hero. Now that Deeds’ son Sam is the Sheriff, he doesn’t have a strong relationship with his father, thus he’s leaning towards his father murdering Wade.

Logan, the indestructible bestial superhero originally known as the Wolverine. He finds himself getting old and his extraordinary healing powers substantially degraded in the not-too-distant year 2029 when the whole mutant race is virtually wiped. Logan does his best as an undercover limo chauffeur to protect and remain out of sight a tired nonagenarian Professor Xavier; but, things take an unexpected turn when a mysterious woman asks him to transfer Laura, a young mutant girl. For the unaccompanied kid, a better future awaits beyond Canadian borders, but the government is unwilling to relinquish its asset so simply.

5. There Will Be Blood

Daniel Plainview is an oil prospector in the early twentieth century. He travels to Little Boston, California, based on information supplied to him by Paul Sunday, and begins purchasing land, beginning with the Sunday farm. Daniel smooth-talks the villagers into selling by offering to develop roads, schools, and churches. He wants to buy up all of the lands in the area. Of course, he has no intention of doing so. His sole motivation is to make money. Men die as a result of his efforts, the locals receive nothing, and Plainview prospers. He has few friends and many enemies throughout his life, and even his adoptive son H.W. is eventually shunning.

6. The Assassination Of Jesse James By The Coward Robert Ford

The film, set in Missouri in the early 1880s, depicts the final seven months of outlaw Jesse James’ life, beginning with the Blue Cut rail heist in 1881 and ending with his assassination by Robert Ford the following April. Even as he plans his demise, the youthful and jealous Ford befriends the more distrustful outlaw in the time between these two tragic incidents.

Major Marquis Warren, a bounty hunter, is delivering three dead bounties to the hamlet of Red Rock, Wyoming, years after the American Civil War. He boards a stagecoach piloted by O.B. Jackson for a ride. Daisy Domergue, a fugitive, is shackled to bounty hunter John Ruth, who is transporting her to Red Rock to collect her bounty and watch her hang. Ruth and Warren are old friends who became closer after Warren received a personal letter from Abraham Lincoln. Chris Mannix, a former Lost-Causer militiaman who is now the town’s new sheriff, persuades Ruth and Warren to let him on the stagecoach. Warren and Ruth forge a partnership in order to preserve each other’s spoils.